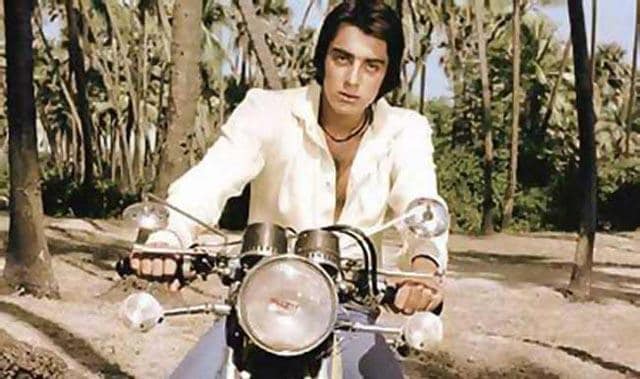 The bad boy of Bollywood has had a rollercoaster life and career filled with high drama, which was documented in blockbuster movie Sanju (2018). He continues to be heavily in demand 40 years after making his debut as a lead and has a huge number of high-profile films on the way.

Eastern Eye decided to celebrate the actor turning a year older by putting together a watchlist of his 12 finest films, listed in chronological order.

Rocky (1981): This film will always remain special in the legend of Sanjay Dutt because it was his debut as a hero and was directed by his father Sunil Dutt. He shows a star quality as the young carefree man who realises that he is connected to a painful past and goes on a mission to get revenge. The cult classic headlined by the handsome young actor has plenty of entertainment value, including a winning soundtrack from RD Burman.

Vidhaata (1982): The highest grossing film of 1982 had a strong star cast that included Bollywood legends like Dilip Kumar, Sanjeev Kumar and Shammi Kapoor. Sanjay plays a young man who goes on a collision course with his grandfather, who through circumstances has been forced onto the wrong side of the law. The Subhash Ghai directed entertainer had action, emotion, family drama, great music, romance and a winning turn from Padmini Kolhapure. 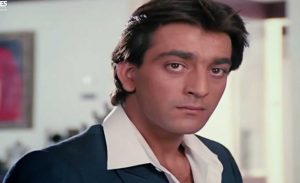 Naam (1986): The actor had fallen off the Bollywood radar after a promising start because of his drug addiction and then this film resurrected his career from the ashes. The deeply emotional drama, famous for the song Chithi Aayi Hai, saw Sanjay play a young man who goes abroad in search of a better life and finds himself in trouble. The multilayered film directed by Mahesh Bhatt connected with audiences globally. 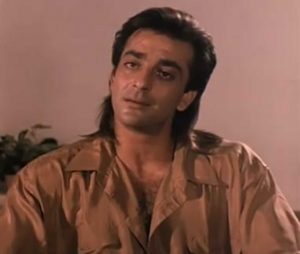 Saajan (1991): The actor had established himself as an action hero and then surprised audiences with a whole new different romantic side. The highest grossing film of 1991 saw him play a disabled poet who hides his identity from the woman he loves and then decides to sacrifice his feelings. The romantic drama, co-starring Madhuri Dixit and Salman Khan, is filled with great poetry, beautiful songs and plenty of love.

Sadak (1991): Although this film borrowed heavily from Hollywood films, the various elements came together well in this romantic thriller. The story sees him play a taxi driver with a mysterious past, who is determined to rescue a young woman from the clutches of an evil brothel owner. The film spawned a terrible 2020 sequel, but we won’t discuss that and concentrate on this cult classic. 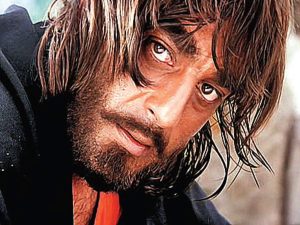 Khalnayak (1993): Although Khalnayak is best remembered for the explosive Choli Ke Peeche song, it is very much about the title character, which was played by Sanjay Dutt. He plays a notorious villain on the run who unknowingly falls in love with an undercover police officer, played perfectly by Madhuri Dixit. The second highest grossing film of 1993 features a standout performance from the actor as the anti-hero.

Haseena Maan Jaayegi (1999): He may be known for action films and heavy drama, but Sanjay Dutt has shown that he can also do comedy throughout his career and this David Dhawan directed slapstick caper was one of his biggest successes. The actor stars alongside Govinda in the story of two brothers always getting into trouble and using their cunning whenever they can. A film that was very much aimed at fans of Bollywood slapstick, it had plenty of laughter and fun. 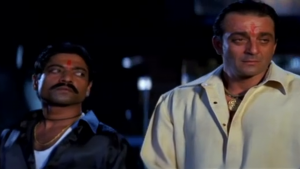 Vaastav: The Reality (1999): Dutt finally won his first Filmfare Best Actor award for a standout performance in this crime film, which helped reignite the action genre in Bollywood. The story charts the rise of a common man through the underworld and how it affects him psychologically. The gritty gangster drama would inspire other films and later spawn a 2002 sequel Hathyar.

Kaante (2002): The slick action thriller set in Los Angeles is very much inspired by Quentin Tarantino classic Reservoir Dogs (1992). The actor heads an impressive star cast that includes Amitabh Bachchan, Sunil Shetty, Lucky Ali and Kumar Gaurav in a story of a heist that goes wrong. The film clocked up big numbers at the box office and got a big thumbs-up from Tarantino. 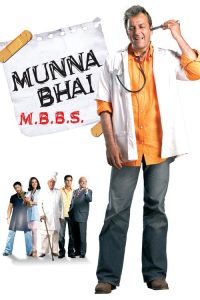 Munna Bhai MBBS (2003): The actor’s career-defining performance saw him play a loveable rogue in this heart-warming comedy. He plays a smalltime villain who cons his way into medical school and attempts to become a doctor to please his disappointed father. While there, he unwittingly starts to teach all those around him valuable life lessons, including the importance of kindness.

Lage Raho Munna Bhai (2006): The stunning sequel to the 2003 film saw the star return as Munna
Bhai, but in a brand-new story. This time around he falls in love with a radio host and goes on a journey that connects him to the inspiring principles of Mahatma Gandhi. In the process he starts to make a positive difference and help those around him. The feel-good comedy with life affirming lessons is arguably the greatest sequel ever made in Bollywood. 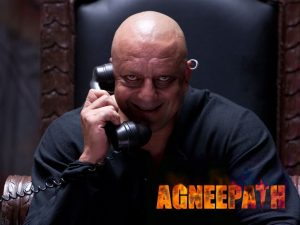 Agneepath (2012): The remake of the 1990 film of the same name saw Sanjay take on the villainous role of Kancha Cheena. He completely transforms himself to play the antagonist in the revenge drama headlined by Hrithik Roshan and the result was a mightily memorable villain. It added to the diverse characters played by the actor in what has been a great career, which is far from over.