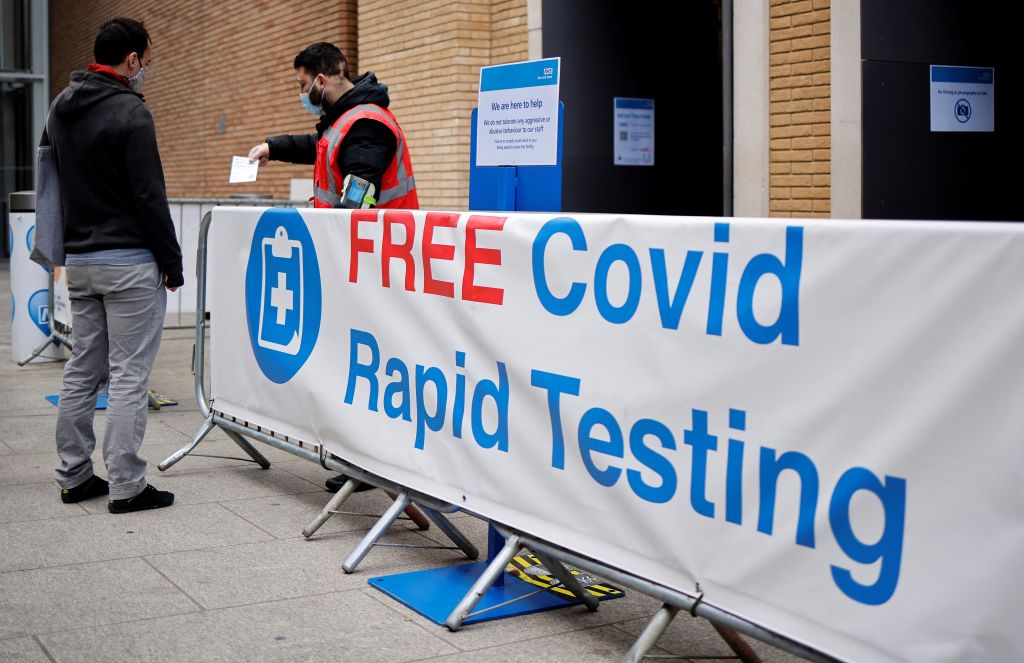 A worker hands out a leaflet to a person arriving at a rapid lateral flow Covid-19 testing centre at London Bridge train station in central London on April 5, 2021. (Photo by TOLGA AKMEN/AFP via Getty Images)

BRITISH biotech unicorn Oxford Nanopore Technologies made a stellar debut on the London Stock Exchange, soaring 44 per cent on its listing day on Thursday (30).

Some 123.4 million new and existing shares of the DNA-sequencing company were sold at the issue price, raising around £524m.

The Oxford University spin-off company’s market capitalisation, which stood approximately at £3.4 billion at the commencement of dealings on the main market of the LSE, rose to 4.6 bn as the share prices crossed 600p.

In the process, the worth of its co-founder and chief executive officer Gordon Sanghera’s holding of 10m shares shot up to £62m.

Sanghera, who did not sell any of his shares in the IPO, said it was a “very proud day” for the company “but we believe we are only in the foothills of a long and exciting journey”.

“We are living on the cusp of the genomic era. I believe that our unique technology will open up many new possibilities for positive impact, both through enabling new discoveries in scientific research, and through more accessible, faster, richer biological insights in health, agriculture, food and understanding environments”, he said.

After the partial sale of its stake, IP Group’s shareholding in Oxford Nanopore came down to 10.3 per cent. It has been a main promoter of the rapid Covid testing kit maker, having held a 14 per cent stake before the IPO.