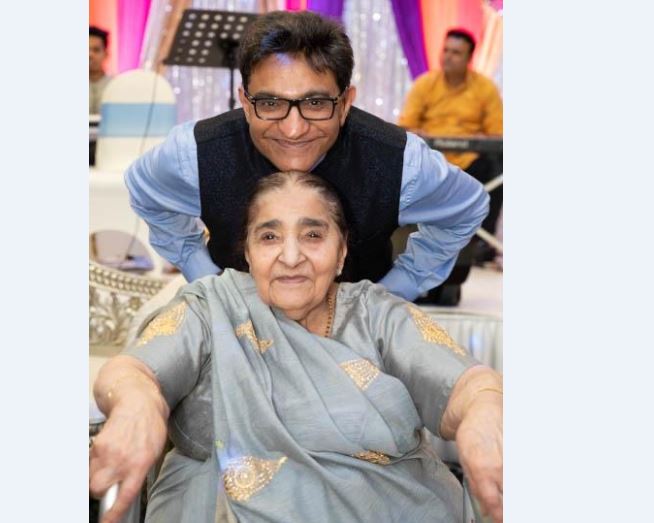 My mother, Ramaben-Gauri Laxmidas Ruparelia (Ramaben), or baa, as she was fondly known in the family, was a pillar of strength not only for us but also the wider community both in Mwanza (Tanzania) and later, in London where she settled in 2002.

Ramaben had a relatively short stature, an unmistakable booming voice and looks that defied her age. She was blessed with sharp vision and exceptional memory.

Born on January 1, 1933 to Premkuwarben and Gopaldasbhai Dattani in Lamba, Gujarat, Ramaben was the eldest of six siblings.

When she was 12, and with little formal education, the family left India for Musoma, Tanzania. Three years later she got married to Laxmidas Jiwan Ruparelia. My parents lived in Magu District and eventually Mwanza, a serene town on the shores of Lake Victoria in Western Tanzania they settled in 1946.

Ramaben was a devoted and loving wife and a caring and selfless mother to me and my siblings – Prafulbhai Ruparelia, Sarojben Gadhia, (late) Nilaben Morjaria, Geetaben Somani and (late) Sunilbhai Ruparelia.

Aged 20, she lost her mother. Already a mother of two children, (Praful and Saroj), Ramaben took all her siblings under her care. A few years later, her father also passed away.

While raising her children and caring for her siblings was a priority, Ramaben also helped her husband run the family business, which was especially challenging in Tanzania in the 1970s and 1980s.

My parents and my brother Sunil and I worked hard and grew our commodities business to a huge business empire in western Tanzania.

Juggling responsibilities at home and work were not easy, but Ramaben was known for her hospitality. No visitor would leave home without being fed delicious food; she always said “Atithi devo bhava (guests are like the Almighty)”.

In 1994, my father died in a fatal armed robbery at the family business in Mwanza. Sadly, there were more tragedies ahead; my brother Sunilbhai and sister in law Asmitaben died in a road accident in 2001.

More recently, my sister Nila passed away at the end of 2019 after a short illness.

Undeterred by these losses, Ramaben almost single-handedly raised her two grandchildren – Sunny and Ayushi – to adulthood.

She had raised her siblings at a very young age, but we believe my mother’s inner strength came from her spiritual devotion which carried her through to the finishing line each and every time.

She was a devotee of Ambe Maa and Sai Baba. Ramaben would never miss a day saying her prayers or prepare offerings to god. She would sing devotional songs and her spiritual journey led to many devotees visiting a shrine she had specially made for Satya Sai Baba at her home in Mwanza. This devotion gave our baa the strength to cope with a number of tragedies she faced during her lifetime.

Her “bhakti” became her greatest “shakti” for the rest of her life.

The sudden demise of my brother and sister in law meant that Ramaben, along with my brother Prafulbhai, and nephew and niece, Sunny and Ayushi, moved to join me and my wife Preetiben, son Ravi and daughter Ronica in London.

We were blessed by Ramaben’s presence at any family gathering. Regular phone calls with extended family and friends, as well as her selfless service to my elder brother Prafulbhai kept her busy until the last day in her life.

Despite all trials and tribulations, our beloved Baa lived and enjoyed life to the fullest.

An exemplary wife, mother, sister, grandmother, great grandmother – such qualities are rare to find in today’s lives, but to have all these in one person, Ramaben, is truly remarkable.

For everyone who knew Ramaben, this is not the time to grieve but to cherish the countless memories she has left us with. Even if we took a grain of inspiration from what she achieved in life, we will go a long way in our lives.

Dear Baa, till we meet again, rest in peace.

Sandip Ruparelia is in the hospitality industry and owns a number of care homes in the country.