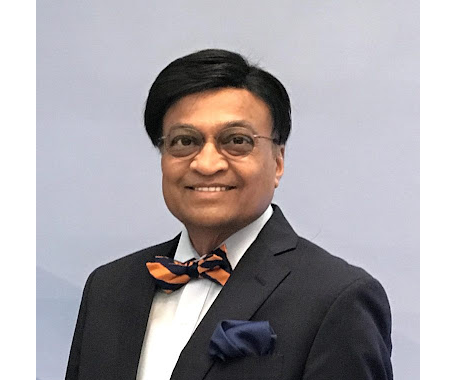 They were recognised for their experience and leadership in promoting hospitality innovation and technology, and knowledge sharing, a statement said.

Haley is co-founder and partner at Prism Hospitality Consulting, LLC. Rama is president and CTO/CIO at Sarona Hotels, Investments & Premier Management Services. Both will be honoured at the Hospitality Industry Technology Exposition and Conference in Dallas, Texas on September 28, 2021.

The International Hospitality Technology Hall of Fame is HFTP’s highest level of recognition in the area of technology. Since 1989, 49 individuals have received this award as a reflection of their contributions to the hospitality industry.

Rama, born in Malawi, migrated to India at 10-years-old where he received his education and subsequently moved to the US in 1981 where he started his profession in hospitality. Working in a variety of positions, Rama found his niche in finance and technology.

Rama has been heavily involved in the industry, including serving as HFTP Global President from 2012-2013. He was also recognized with the HFTP Paragon Award in 2016. In addition, Rama is a frequent speaker at industry events, most recently at HITEC Dubai in May 2021.

“I am humbled and have no words to express my gratitude for the honour of being inducted to the prestigious Hall of Fame,” said Rama.

“I thank all those many individuals who have supported my professional journey for the past 42 years in the industry, including those who have mentored and guided me and accepted me in their network. With this recognition, I encourage all professionals to give your time by sharing your experience and knowledge with the seekers.”

Alongside Rama, Mark Haley will be joining the prestigious group of Hall of Fame inductees.

“Induction to the International Hospitality Technology Hall of Fame is a truly humbling recognition,” said Haley.

“It is like being asked to play baseball with Jackie Robinson, Curt Flood, Johnny Bench and Henry Aaron, all great ballplayers that not only excelled and led, but truly changed the game. I look forward to living up to the privilege and continuing to serve Prism’s clients, my coworkers, the industry, and HFTP as a game-changer. And it is an honour to enter the Hall alongside RP Rama.”