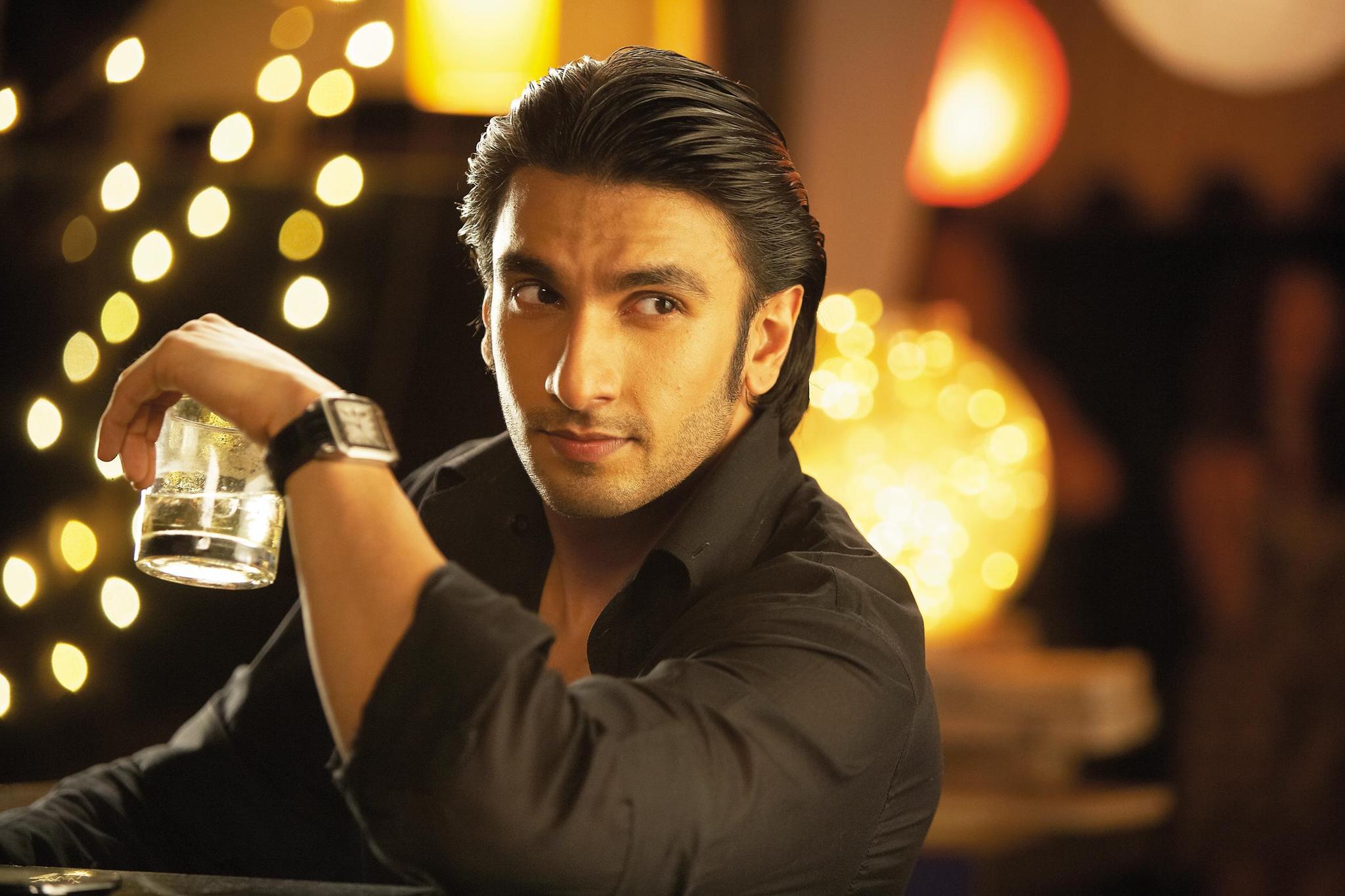 BIRTHDAY SPECIAL COUNTDOWN OF ALL THE BOLLYWOOD STAR’S FILMS

This week Ranveer Singh turns a year older on July 6 and celebrates his 37th birthday. The popular actor will receive good wishes from all those who have been entertained by his movies, since he made a winning debut in 2010 film Band Baaja Baaraat.

Eastern Eye decided to mark the occasion by looking back at the chameleon-li­ke actor’s diverse body of work and ra­n­k­i­ng all his movies as a lead star. (The list do­esn’t include films where he made a gu­­est appearance or extended cameos li­ke Finding Fanny (2014) and Sooryavanshi (2021). 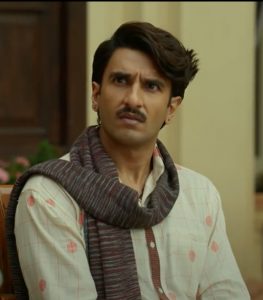 14. Jayeshbhai Jordaar (2022): An interesting concept was poorly executed in what turned out to be the actor’s biggest commercial failure. The story of a man who finally stands up for his wife, after she is repeatedly forced to abort female foetuses, had its heart in the right place but was poorly told. Everything from the badly written lead character to the questionable messaging and lacklustre music didn’t work on a film that is best left forgotten. Thankfully, his fourteenth film is a minor blip in a successful career. 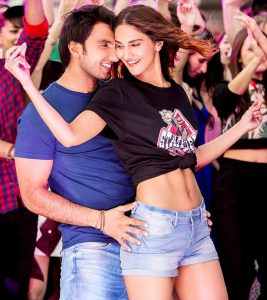 13. Befikre (2016): All most people remember about Ranveer’s ninth movie is that it had a stunning soundtrack. Beyond the catchy songs, the largely France set film about a couple getting together and breaking up received scathing reviews. Not surprisingly, the romantic comedy-drama that tried too hard to be youthful was a huge box office disaster. Aditya Chopra hasn’t directed a film since then.

12. Kill Dill (2014): The actor’s sixth film saw him star alongside Ali Zafar, Parineeti Chopra, and Govinda. Although interesting, the action-comedy about two assassins who have their world turned upside down when one falls in love with a woman was average. The film starts strongly, but then kind of gets struck in a formula-driven territory and never reaches its potential. 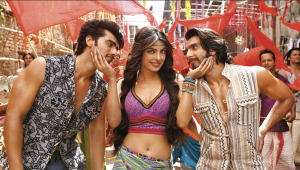 11. Gunday (2014): After four strong films, the actor had a surprise misfire with his fifth outing as a leading man. This action-drama didn’t meet up to sky-high expectations, despite having some engaging moments. He stars alongside Arjun Kapoor, Priyanka Chopra and Irrfan Khan in the story of two villainous but firm friends, who go on a collision course after falling in love with the same woman.

10. Dil Dhadakne Do (2015): Director Zoya Akhtar assembled a strong star cast for the comedy-drama set aboard a cruise liner. Ranveer stars alongside Anil Kapoor, Priyanka Chopra, Anushka Sharma, Farhan Akhtar and Shefali Shah in a story of a family on holiday, who go on their own voyage of discovery. The actor’s seventh film had entertaining moments, some strong music, and engaging characters. 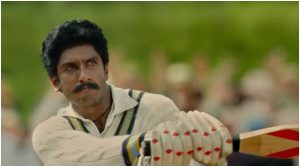 9. 83’: The surprise box office bomb deserved a lot more love than it got at cinemas. The sports drama revolving around India’s history-making cricket World Cup win in 1983 received rave reviews upon release and included one of Ranveer’s career best performances as legendary all-rounder Kapil Dev. His thirteenth film was a fine blend of patriotism and sports. 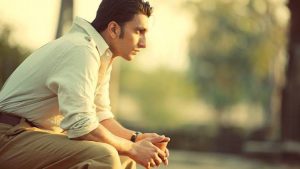 8. Lootera (2013): This third outing starring the actor opposite Sonakshi Sinha perhaps doesn’t get the credit it deserves. The critically acclaimed drama based on O Henry short story The Last Leaf revolves around a man who badly cons a woman, and then later through circumstance is brought back to her. The beautifully shot film boasted a strong performance from the actor.

7. Ladies vs Ricky Bahl (2011): His successful second film saw him play a suave man who cons women and how three of them team up to take revenge with an audacious hustle. Ranveer stars opposite Anushka Sharma, Parineeti Chopra, Dipannita Sharma and Aditi Sharma in a deliciously devilish comedy filled with great moments, which was an indicator that he had star quality.

6. Goliyon Ki Raasleela Ram-Leela (2013): The interesting Bollywood adaptation of William Shakespeare classic Romeo And Juliet was a huge turning point for the actor. He met future wife Deepika Padukone on his hugely successful fourth film, which entertained audiences and elevated him into the top tier. The colourful tragic romance was also the start of a dream partnership with director Sanjay Leela Bhansali. 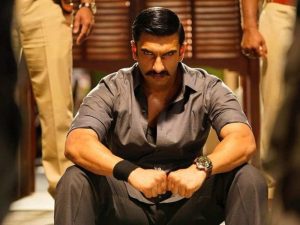 5. Simmba (2018): The actor’s eleventh outing as a leading man is a remake of hit 2015 Telugu language film Temper. The commercial entertainer sees him play a corrupt cop, who is triggered to do the right thing. The Rohit Shetty directed police drama became a big box office success when it released and saw him reprise the same role with an extended cameo in Sooryavanshi. 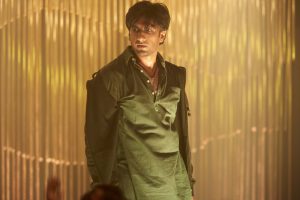 4. Gully Boy (2019): The rap musical won multiple awards and was India’s official entry to the Oscars. The actor delivers one of the best performances of his career as an aspiring rapper from an impoverished background trying to make his mark. His twelfth film was a perfect combination of great songs, strong storyline and powerful performances from a cast that included a standout turn from Alia Bhatt. 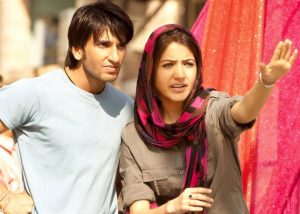 3. Band Baaja Baaraat (2010): The actor made a dynamic debut in this romantic comedy opposite Anushka Sharma about two warring wedding planners, who eventually team up and then fall in love. There is great chemistry between the two stars, wonderful music, and an engaging story in what remains one of his finest films to date. 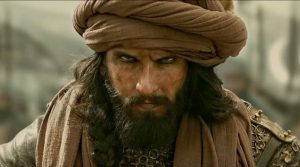 2. Padmaavat (2018): The tenth frontline film of the actor made it three blockbusters in a row with Sanjay Leela Bhansali and Deepika Padukone. He takes on a magnificently memorable role as the villainous Alauddin Khalji in the 13th century set historical epic about an evil ruler trying to defeat a rival king, just so he can have his beautiful wife. Everything from the music, costumes, battles, and performances to the captivating story worked in the film, which included a standout performance from Shahid Kapoor. 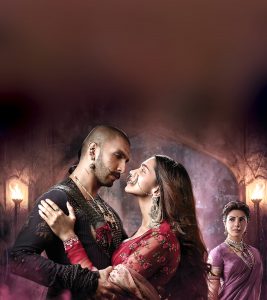 1. Bajirao Mastani (2015): The actor hit top gear with his eighth film. He once again teamed up with ace director Sanjay Leela Bhansali and Deepika Padukone in this eye-catching historical romance based on Marathi novel Rau. It documents the deeply emotional love story between a married ruler and a warrior princess, who becomes his second wife. The lavishly mounted film is filled with eye-catching costumes, grand sets, wonderful music, and pitch-perfect performances, including a stellar turn from Priyanka Chopra. The film won multiple accolades and remains the actor’s best effort.