Rajapaksa calls for protection of Buddhist heritage in Afghanistan 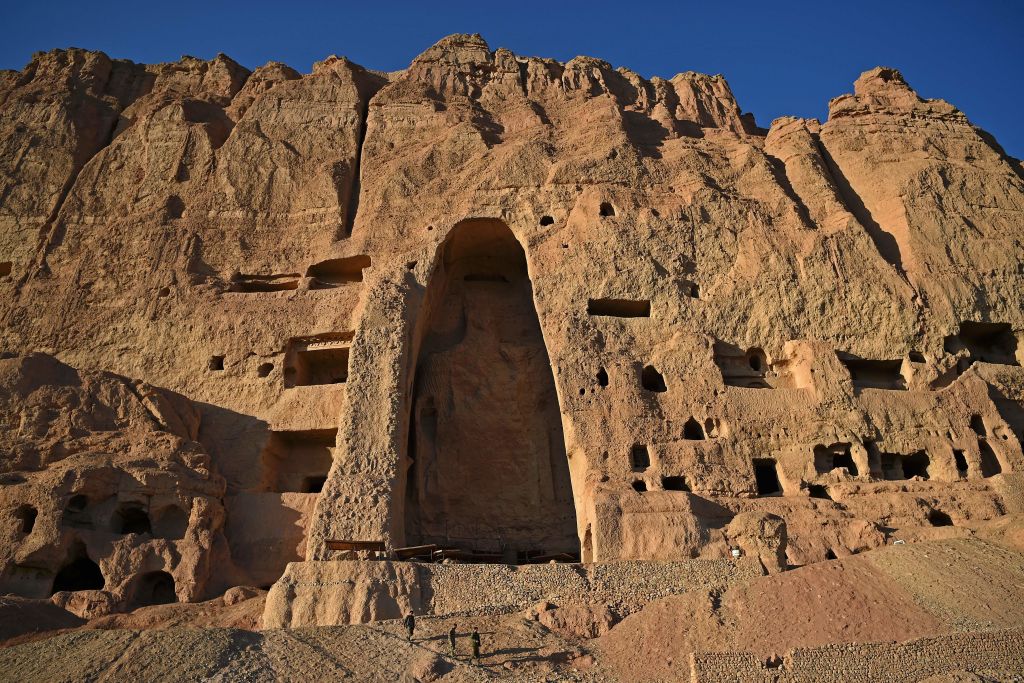 This picture taken on March 4, 2021, shows the site of the Buddha statues which were destroyed by the Taliban in 2001, in Bamiyan province. Afghanistan’s giant Buddhas stood at the picturesque Bamiyan valley for centuries, surviving Mongol invasions and the harsh environment until the Taliban arrived. (Photo by WAKIL KOHSAR/AFP via Getty Images)

SRI Lanka has called on the world to safeguard the Buddhist heritage of Afghanistan under the Taliban, who provoked outrage by destroying giant Buddha statues when they were in power earlier.

“I request the United Nations and the international community to ensure the protection of the Buddhist heritage of Afghanistan,” president Gotabaya Rajapaksa told the global body’s annual summit on Wednesday (22).

Buddhism, the majority religion in Sri Lanka, once flourished in Afghanistan, symbolised by the towering Buddha statues carved on the cliffs of Bamiyan that survived for 1,500 years.

The Taliban in March 2001 spent weeks blowing up the statues with dynamite and artillery, defying international appeals as they pointed to Islam’s ban on idolatry.

Returning to power as US troops departed after 20 years, the Taliban have tried to project a more moderate image. But residents said the triumphant Taliban again blew up a statue in Bamiyan which honoured a leader of the Hazara, a minority persecuted by the hardline Sunni Islamists.