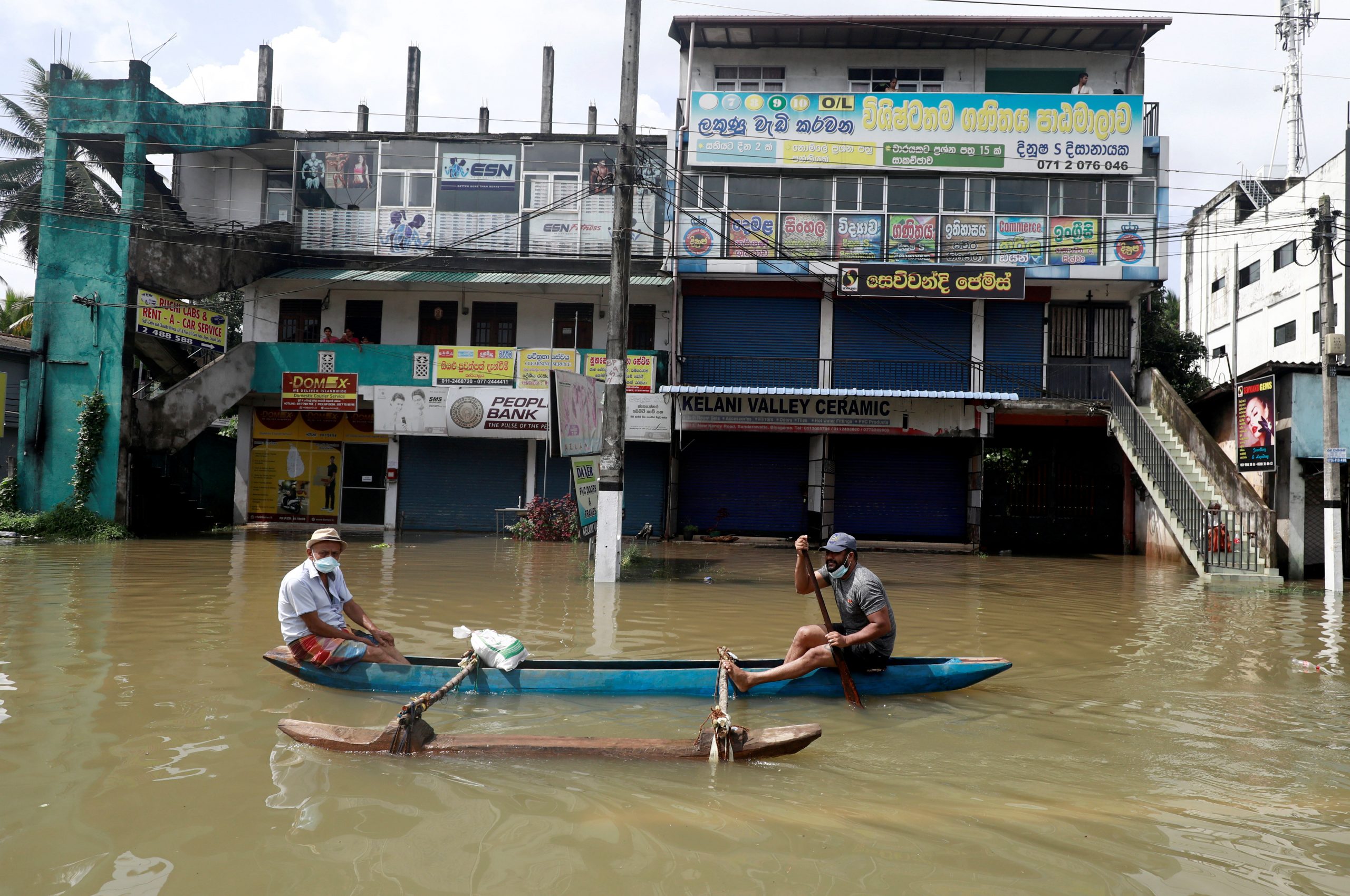 Men float along a flooded road during a Covid-19 curfew in Biyagama, near Colombo, Sri Lanka June 6, 2021. REUTERS/Dinuka Liyanawatte

THE adverse weather condition in Sri Lanka has killed more than 17 people and affected thousands of families in 10 districts.

After days of heavy rain, rivers on the island nation’s southern and western plains overflowed on the weekend, inundating low-lying areas and forcing thousands into relief centres.

“We expect the rainfall to reduce from now on, but intermittent rains will be seen in some areas,” said meteorological department director general Athula Karunanayake.

People in Gampaha, Ratnapura, Colombo, Puttalam, Kalutara, Nuwara Eliya, Kegalla, Kandy, Kurunegala and Galle districts have been affected, the DMC said. Five people were injured and two others are missing, it added.

The deaths have been reported from Gampaha (three), Ratnapura (three), Colombo (one), Puttalam (three), Kalutara (one), Kegalle (five) and Galle (one), the DMC added.