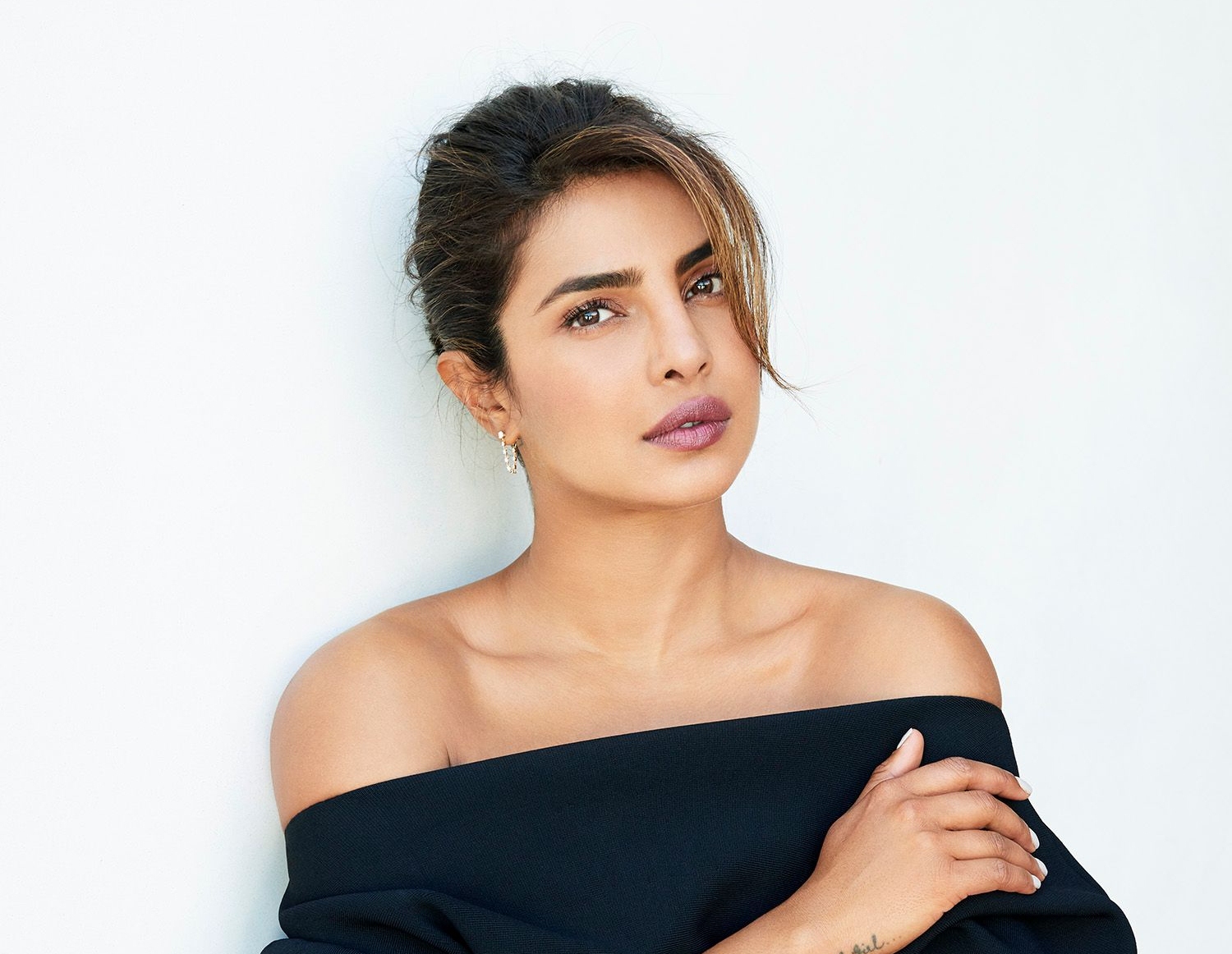 A path-breaking global career has turned Priyanka Chopra Jonas into perhaps the most
famous Indian celebrity on the planet.

From her stunning Miss World win to becoming a frontline Bollywood star and then cracking Hollywood, she has blazed a trail with her brave approach. This week the beauty queen turned actress will turn a year older on July 18 and receive good wishes from around the world.

Eastern Eye decided to get involved with her landmark 40th birthday celebrations and present 40 magical moments from her magnificent career, knowing full well there are many more.

1. Priyanka was just 18 years old when she got global attention by winning the 2000 Miss World pageant in London and started receiving film offers soon after. It was the beginning of a remarkable journey filled with many firsts.

2. Priyanka scored her first big film success with 2004 romantic comedy Mujhse Shaadi Karogi. She starred opposite Salman Khan and Akshay Kumar in one of the year’s biggest hits.

3. The actress brilliantly played a villain role for the first time in Aitraaz (2005) and won a load of honours, including the Filmfare Award for Best Performance in a Negative role.

4. Priyanka stepped into sci-fi sequel Krrish (2006), which became the most successful superhero film in Hindi film history. She then returned with lead star Hrithik Roshan for the third instalment Krrish Returns (2013).

5. Bollywood remake Don: The Chase Begins Again (2006) saw her successfully take on the power-packed role portrayed by Zeenat Aman in the original 1978 version. Priyanka returned for the sequel with Shah Rukh Khan in Don 2 (2011).

6. Her immense philanthropic work has included working closely with UNICEF since 2006 and officially being appointed as a Goodwill Ambassador for the organisation in 2010.

7. A phenomenal performance in Fashion (2008) earned Priyanka her first National Award for Best Actress. She swept the boards at the other major ceremonies to win a whole load of accolades for that role of a model caught in the underbelly of the fashion world.

8. Dostana (2008) became a huge success, and the biggest highlight of the film was her smash hit Desi Girl song, which turned into anthem for south Asian women around the world.

9. What’s Your Raashee? (2009) may not have done well at the box office, but it had Priyanka showing off her remarkable range by playing 12 contrasting characters.

10. She won an award at Shanghai International Fi­lm Festival for her contribution to cinema in 2009.

11. Although Shahid Kapoor’s dynamic double role was the centre of attention in cult classic Kaminey (2009), Priyanka more than held her own with a stunning performance as a feisty Marathi woman named Sweety.

13. The fearless star took on one of the most unique roles in Hindi cinema history in 7 Khoon Maaf (2011), where she played a murderous woman, who causes six deaths in her quest for love. The award-winning performance by the actress received rave reviews.

14. In 2011, she signed a global music deal and became the first Bollywood star to release songs internationally.

16. She delivered one of the best performances of her career as the loveable Jhilmil in blockbuster success Barfi (2012) and completely transformed herself for the beautifully crafted role.

17. Priyanka stood out in the male-dominated action-drama Agneepath (2012), which became a huge blockbuster success globally and earned the highest opening day record.

18. She won the hearts of young audiences by voicing the character of Ishani in 3D-animated feature Planes (2013), which became a big global hit.

19. The actress exploded onto the big screen with a dynamite song performance of Ram Chahe Leela in Goliyon Ki Rasleela Ram-leela (2013). The contemporary mujra has since been viewed over 200 million times on YouTube.

20. Biographical sports drama Mary Kom (2014) premiered at the Toronto Film Festival. Her transformative portrayal of the champion boxer won praise, and the film marked her debut as a playback singer.

21. The actress delivered one of the all-time great supporting ro­l­es in Bajirao Mastani (2015) and won multiple aw­a­rds. The blockbuster hit was by far the highest grossing Bollywood film of that year.

22. She continued to break international ground for India by presenting an Oscar for Best Film Editing at the 88th Academy Awards in 2016. Then in 2021, she along with husband Nick Jonas, announced the nominees for the 93rd edition of the awards.

23. She became the first frontline Bollywood star to headline a Hollywood series with a powerful lead role in hit drama series Quantico, which ran for three seasons from 2015 to 2018 and won her People’s Choice awards.

24. She was presented with India’s fourth highest civilian honour, the Padma Shri in 2016 and then in 2017 received the Mother Teresa Memorial Award for Social Justice.

26. The actress admirably bagged the villain’s role in Hollywood movie Baywatch (2017), even thought it was originally written for a male.

27. The beautiful star topped the Eastern Eye newspaper’s globally popular list of sexiest Asian women in the world a record five times, (2006, 2012, 2014, 2015 and 2017). She has regularly topped other similar lists across her career. 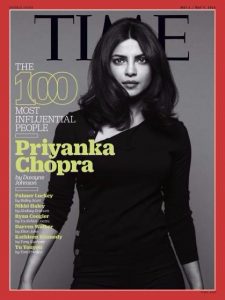 28. The actress has also regularly topped power lists, which included being named in Time magazine’s list of 100 Most Influential People in the World in 2016. Similarly, Forbes magazine listed her among the World’s 100 Most Powerful Women in 2017 and 2018.

29. In 2018, Priyanka looked magical at the royal wedding of Meghan Markle and Prince Harry.

31. She co-produced and starred in critically acclaimed drama The Sky Is Pink (2019). It is yet another film where she received multiple Best Actress nominations.

32. In 2019, she received the Danny Kaye Humanitarian Award by UNICEF for her philanthropic work and dedication towards the welfare of society. The same year she teamed up with the United Nations International Children’s Emergency Fund and the Crocs company to  donate 50,000 pairs of shoes to deserving school children in Belize.

33. In 2019, she became the first Indian actress to have wax statues in four Madame Tussauds
museums around the world.

34. She delivered a winning turn in Hollywood children’s film We Can Be Heroes (2020) and received praise for her terrific turn.

35. The actress played a key role and executive produced the big screen adaptation of iconic novel The White Tiger (2021). The film receives an Oscar and BAFTA nomination for Best Adapted Screenplay.

36. In February 2021, Penguin Random House published her memoir Unfinished, where she revealed remarkable aspects of her life, including exposing a dark side of Bollywood that saw her ejected from early projects because they were given to the leading man’s girlfriend.

37. She lit up mega-budget Hollywood film The Matrix Resurrections in 2021, with her role of Sati.

38. After playing multiple supporting roles in Hollywood films, she landed a lead in romantic drama It’s All Coming Back to Me. The remake of 2016 German film SMS für Dich is due for release in 2023.

39. Her other forthcoming projects include a lead role in thriller series Citadel and playing Ma Anand Sheela in a film based on the real-life of the spiritual guru. She has committed to an
Indo-American wedding comedy with Mindy Kaling, courtroom drama Tulia, action film Ending Things and Bollywood road-movie Jee Le Zaraa. She is also linked to action film Cowboy Ninja Viking opposite Chris Pratt and a film adaptation of the novel Secret Daughter with Sienna Miller.

40. Last, but not least, the most magical moments for the actress in recent years were a dream wedding to Nick Jonas in December 2018 and welcoming her first child in January 2022, a baby girl via surrogacy. They will be by her side to celebrate 40 beautiful years on her birthday.