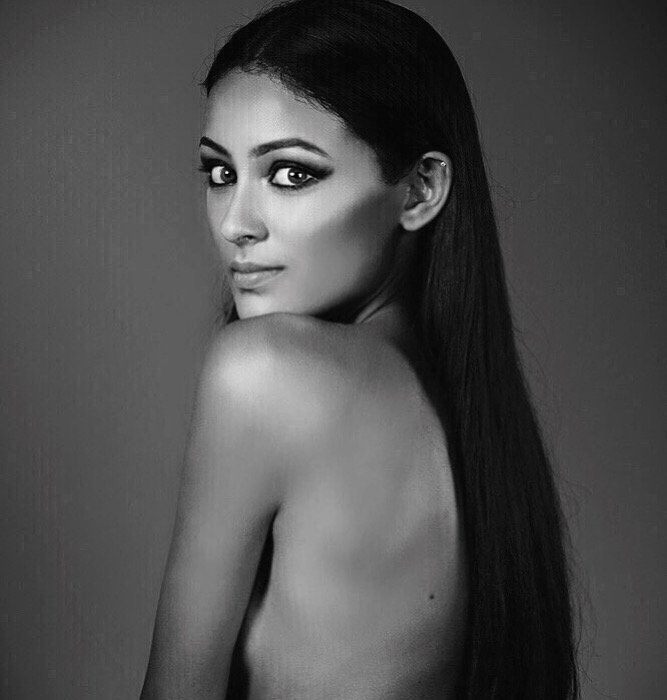 THE recently concluded series of Love Island will be remembered by many for the whirlwind entrance of Priya Gopaldas.

The trainee doctor tore up the rulebooks usually associated with the massively popular reality TV show and became one of its most unique participants. Although she didn’t win, the beauty with brains broke ground for British Asians with her prominent presence and showed a fearlessness that exuded girl power.

Priya has since got herself a fan following, who are discovering there is a lot more to her than the flirtatious show. She has donated her appearance fee from it to NHS charities, taken on trolls, encouraged youngsters to get vaccinated and become somewhat of a fitness icon. If that wasn’t enough, she is committed to finishing her medical studies, volunteers and even runs ultra marathons.

Eastern Eye caught up with Priya to discuss her time on Love Island, life lessons, inspirations, and future plans. She also gave dating advice and revealed the blueprint for her ideal man.

What made you want to apply for a show like Love Island?
I was actually approached by a member of the casting team, asking if I’d like to apply. I was single at the time and despite Love Island being something totally out of my comfort zone, I’m not one to back down from a challenge, so thought, why not? There have not been many contestants who are female and from an Indian background on the show, and I thought it was important to be representative of an under-represented minority.

What did your family think when you decided to apply for Love Island?
My parents were so supportive, especially my dad. They know the type of person I am and trusted me completely to be myself and stay true to my values. My dad would phone me up after every interview I had for the show and wanted to know all the details! My grandparents on the other hand are quite traditional and have never watched Love Island, and would probably feel differently if they knew I was on TV chatting to boys wearing a bikini.

How did you feel after leaving the villa?
Totally overwhelmed by all the support I’ve had from friends, family and the public. Feeling so grateful for all the positive messages I’ve received.

Who was your favourite fellow islander?
Have to say Brett. We got on so well – he’s so approachable and easy to talk to, so despite only being in the villa for a week together, I feel like I’ve known him my entire life.

What was the biggest thing you learned about yourself after participating on the show?
I learned that when you’re truly confident and believe in yourself, nothing can faze you. Walking into the villa at such a late stage and knowing no one, dancing in front of the boys during the heart rate challenge and having to compete against other beautiful girls for a boy’s attention aren’t the easiest things to do, but I had the self-confidence to know I was capable of rising to the challenge and everything would be alright in the end.

What would be your top piece of dating or love advice?
I believe that you can only truly love someone if you love yourself first. So don’t feel the need to find love quickly, find out who you are and what you stand for first, then someone who is right for you will come along.

What qualities does your ideal man need to have?
They have to be into fitness, self-confident and ambitious. I also find that I’m drawn to people who have totally different features to me. But above everything, they have to be kind.

What advice would you give someone wanting to apply for Love Island or any reality TV show?
Do it! Especially if you can represent people who are underrepresented on reality TV, as you will inspire many others to get out of their comfort zone and do things that they may have been scared to do in the past.

Do you feel we need more British Asian representation on Love Island and reality TV shows in general?
Absolutely, there isn’t enough. Considering British Asian people represent 7.5 per cent of the UK’s population, it should be common to see representation in all types of TV shows. It’s great to see that recently more British Asians have had a huge impact in politics, so I believe that if more were inspired to go into the TV industry, we could also have a huge impact.

What are your plans after Love Island?
I start medical school in a couple of weeks, which is my number one priority. I’d also like to work with charities and support the NHS with their campaigns. I’ve also got a couple of fitness and fashions brands I’m working with. I am about to be filmed for two TV series and have been asked to do personal appearances. The next few months will be busy! 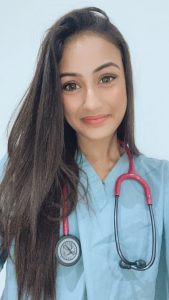 How will you balance your post Love Island fame along with studying for your medical degree?
This will definitely be a challenge. Due to my schedule being really busy, I’m going to have to ensure I take time for myself, not say yes to all opportunities and prioritise well.

Would you participate in another reality TV show?
Yes, I would! There isn’t enough Asian representation on TV. I’d like to continue to inspire young girls to know that you don’t have to look or be a certain way to appear on TV. You can be an educated woman, from an ethnic minority, without plastic surgery, have lots of weird and wonderful passions and still appear on reality TV shows.

How do you train to take part in the ultra-marathons?
Run, run and run some more! I really enjoy HIIT and am completely obsessed with F45, so I work out there a couple of times a week to build my endurance. I have never followed a training plan for ultras but tend to listen to my body to know my limits.

Would you say you are fearless?
I wouldn’t say I’m fearless. I’d say I’m confident, which helps me to conquer my fears more easily.

What inspires you?
People who do things that take them out of their comfort zone and in the process defy their stereotype. I look up to athletes such as Sania Mirza – one of the only female Indian tennis players to win a Grand Slam title. She followed her passion, was not afraid to go against social norms and as a result has become one of India’s most renowned athletes. I aspire to be uncommon among uncommon people.