Sunak said Britain’s approach to China needed to evolve and Beijing was “consciously competing for global influence using all the levers of state power”. 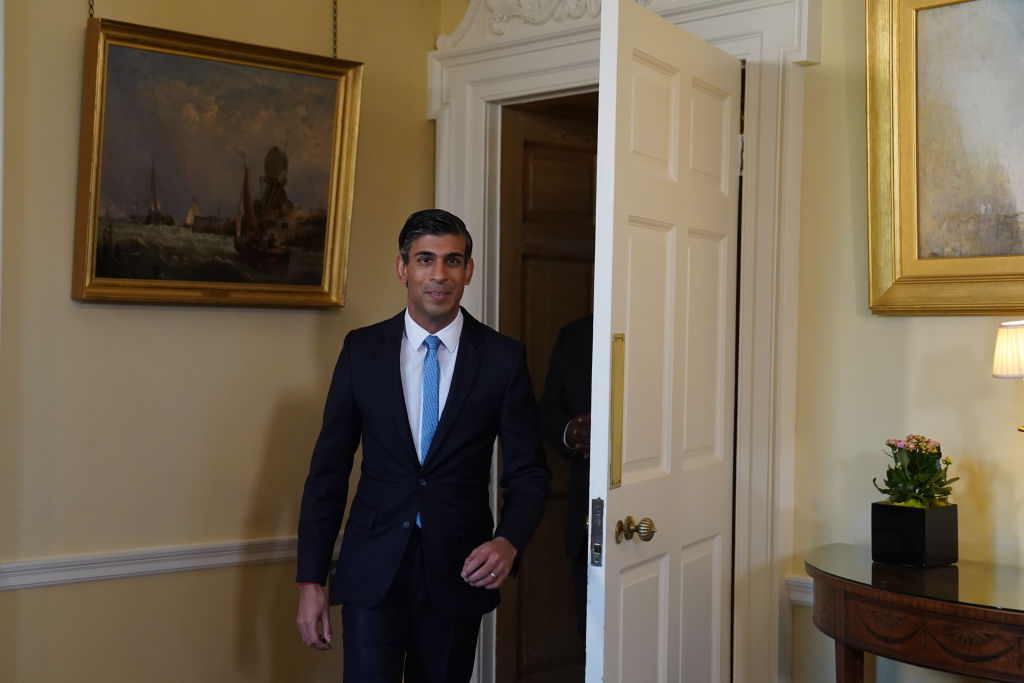 Prime Minister Rishi Sunak arrives to welcome President Cyril Ramaphosa of South Africa to 10 Downing Street, London, ahead of a bilateral meeting during his state visit to the UK on November 23, 2022 in London, England. This is the first state visit hosted by the UK with King Charles III as monarch, and the first state visit here by a South African leader since 2010. (Photo by Stefan Rousseau – WPA Pool/Getty Images)
Follow Us

British Prime Minister Rishi Sunak said on Monday that the so-called “golden era” of relations with China was over, saying Beijing’s systemic challenge to Britain’s interests and values was growing more acute.

In his first major foreign policy speech, Sunak said Britain’s approach to China needed to evolve and Beijing was “consciously competing for global influence using all the levers of state power”.

“Let’s be clear, the so-called ‘golden era’ is over, along with the naive idea that trade would lead to social and political reform,” Sunak said in London’s financial district, a reference to former finance minister George Osborne’s description of Sino-British ties in 2015.

Some in Sunak’s Conservative Party have been critical of Sunak, regarding him as less hawkish on China than his predecessor Liz Truss. Last year when he was finance minister, he called for a nuanced strategy on China to balance human rights concerns while expanding economic ties.

However, a planned meeting between Sunak and China’s President Xi Jinping at this month’s G20 summit in Bali fell through and last week London banned Chinese-made security cameras from sensitive government buildings.

“We recognise China poses a systemic challenge to our values and interests, a challenge that grows more acute as it moves towards even greater authoritarianism,” he said, referring to the BBC statement that one of its journalists had been assaulted by Chinese police.

“Of course, we cannot simply ignore China’s significance in world affairs – to global economic stability or issues like climate change. The U.S., Canada, Australia, Japan and many others understand this too.”

Sunak said under his leadership Britain would not choose the “status quo” and would confront international competitors “not with grand rhetoric but with robust pragmatism”.

On Ukraine, he said the government would maintain military aid to Kyiv next year, maintaining the strong support offered by former prime ministers Boris Johnson and Truss.

“So be in no doubt, we will stand with Ukraine for as long as it takes. We will maintain or increase our military aid next year. And we will provide new support for air defence,” he said.

In September, Britain said it was the second-largest military donor to Ukraine after the United States, providing 2.3 billion pounds ($2.8 billion) of aid this year.

Sunak said Britain needed to take the same long-term approach as its adversaries and competitors such as Russia and China.

“In the face of these challenges, short-termism or wishful thinking will not suffice. We can’t depend on Cold War arguments or approaches, or mere sentimentality about the past,” he said.