His appeal comes amid reports that around 2,000 Albanians are camping in France ready to take small boats to the UK. 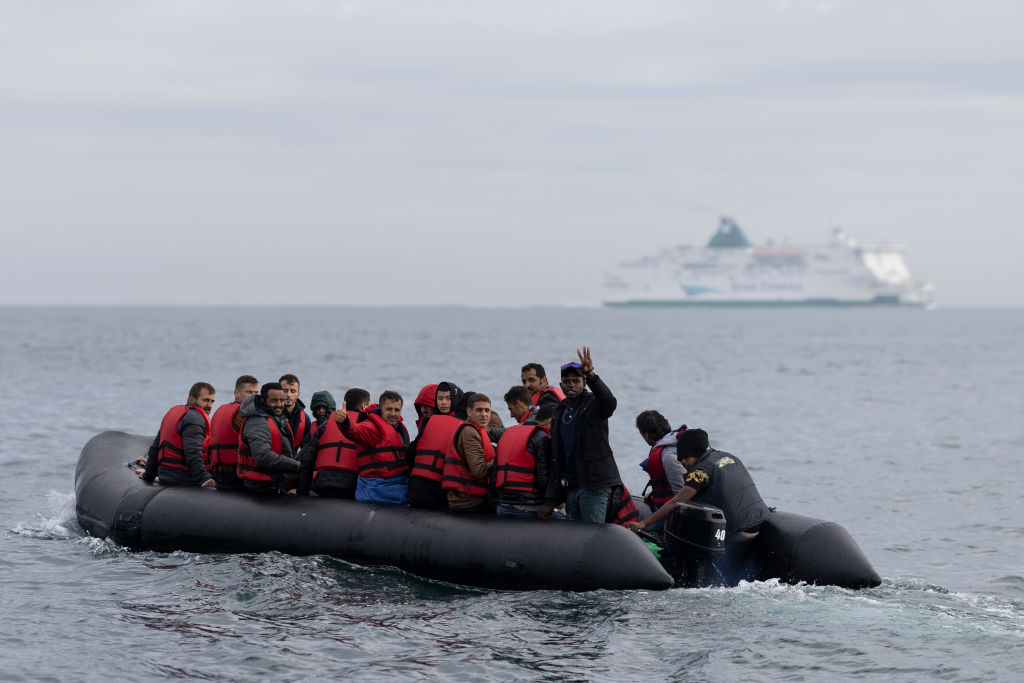 An inflatable craft carrying migrants crosses the shipping lane in the English Channel on August 4, 2022 off the coast of Dover, England. (Photo by Dan Kitwood/Getty Images)
Follow Us

Albanian prime minister Edi Rama urged his country’s youngsters to invest their money in tourism businesses instead of paying people smugglers who promise to help them cross the English Channel into Britain illegally.

His appeal comes amid reports that around 2,000 Albanians are camping in Dunkirk and Calais in France expecting to ride in small boats to the UK’s shores.

According to Britain’s Border Force officials, Albanians accounted for up to 60 per cent of the recent arrivals, a sharp jump compared to the figures last year.

Rama conceded his country could not offer opportunities at par with the UK and Germany but the Balkan nation still held promises for those who “really want to make their own success through work”.

According to him, the £20,000 to £30,000 which migrants pay people smugglers for facilitating their dangerous trip across the Channel could be spent on “agritourism” businesses in their family landholdings.

With his government’s readiness to provide financial support, such businesses could become more profitable than jobs in the UK, Rama said.

“You can make a lot more money than you can from an ordinary job in the UK unless you get involved with criminal networks that may lure you in with stories of more income but which ultimately lead to hell,” The Telegraph quoted him as saying.

He also warned that Channel crossings would become more difficult and expensive and “most will fail.”

The Albania parliament had last week supported a new memorandum with Britain on sharing criminal and biometric information on migrants from the south-east European nation for fast-tracking their deportation.

More than 2,100 Albanians illegally crossed from northern France to Britain during the first six months of 2022, compared with 815 during the whole of 2021.

There are growing concerns in the UK that criminal gangs involving Albanians are into cannabis farming by adapting agroponic techniques developed in the Balkan country to grow the plants.