The nine-year-old younger daughter of Britain’s first prime minister of Asian origin said she comes from India and loves visiting the country every year. 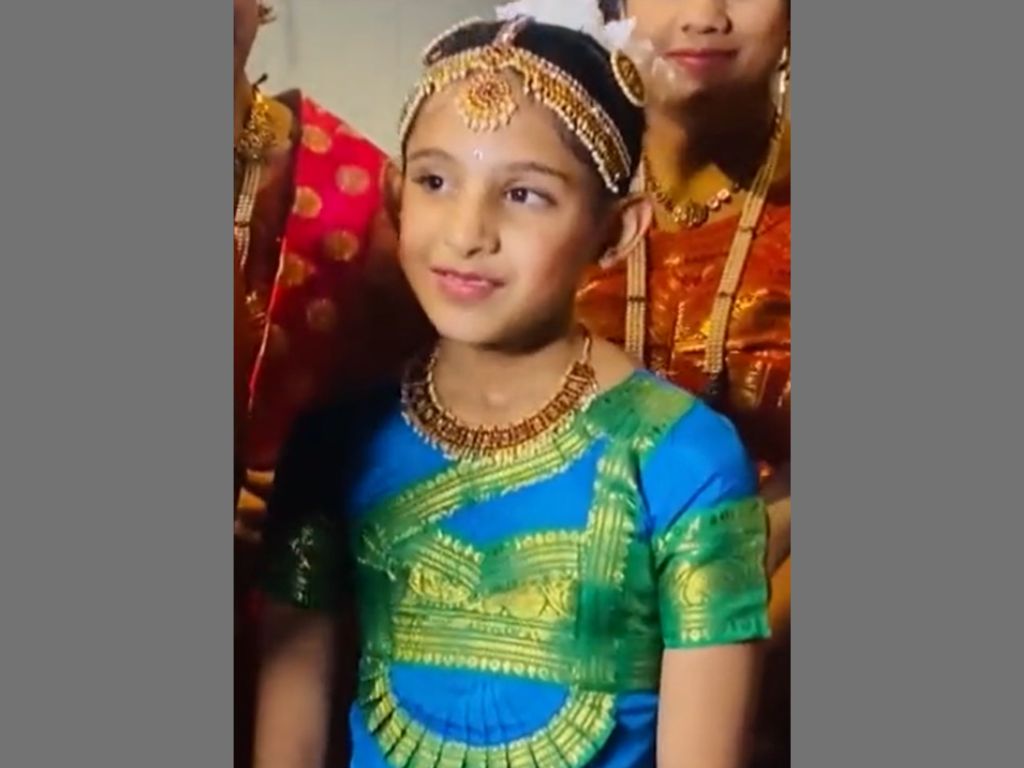 She might not be born in India like her entrepreneur mother but Anoushka Sunak, the younger daughter of British prime minister Rishi Sunak and Akshata Murty, has a strong feeling for the country of her ancestors.

The nine-year-old, who performed Kuchipudi, a major Indian classical dance form, along with many others at ‘Rang’, an international Kuchipudi dance festival in London on Friday (25), said India is the country where she comes from and she loves visiting it every year.

“It is a place where family, home, and culture blend together,” she said.

Speaking exclusively to India Today, Anoushka also explained why she loves Kuchipudi and dance in general.

“I love Kuchipudi and dancing, because when you are dancing all your worries and stresses go away and you are in the moment dancing with all your friends beside you. I love to be on stage,” she said.

The dance festival was organised by acclaimed Kuchipudi dancer Arunima Kumar and it saw 100 artistes, between four to 85 years of age, performing to mark 75 years of India’s independence.

Among the audience were Akshata and Anoushka’s grandparents and teachers who came to see her performance. Akshata’s parents are Narayana Murthy, the co-founder of Infosys, and Sudha Murty, an educator and philanthropist. Krishna is the other daughter of the Sunaks.

“It is quite nerve wrecking that our teachers from our school are going to be there,” the prime minister’s daughter said.

Sunak became the prime minister exactly a month ago on October 25, replacing Liz Truss who stepped down after serving less than two months.

While Sunak’s government continues to face challenges, a recent survey showed that his own popularity has remained stronger than the ruling Conservative Party.