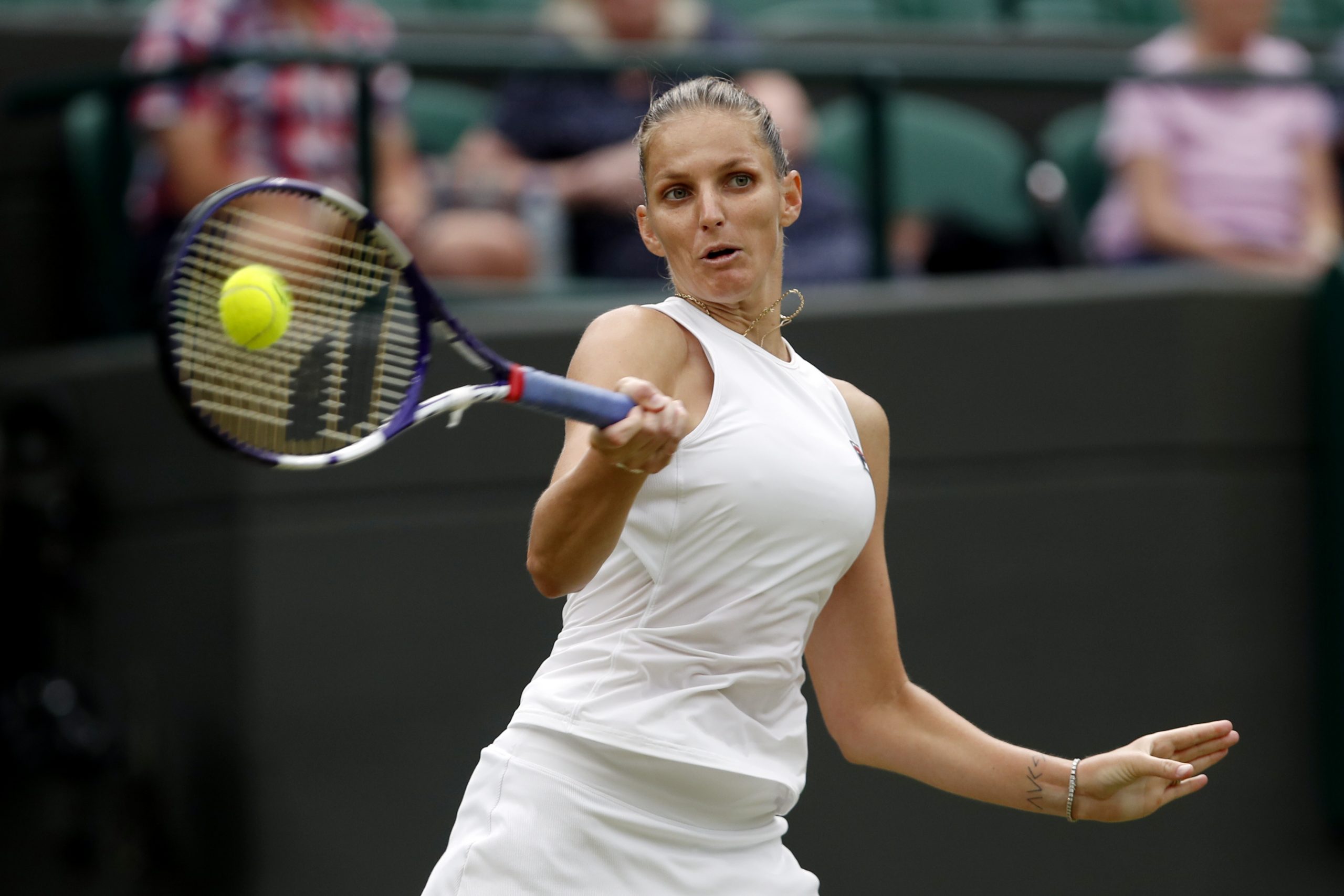 Karolina Pliskova in action during her quarterfinal match against Viktorija Golubic. (REUTERS/Paul Childs)
Follow Us

KAROLINA PLISKOVA reached her first Wimbledon semifinal on Tuesday (6) with a 6-2, 6-2 win over Switzerland’s Viktorija Golubic and then took a swipe at her critics for their “brutal” treatment.

Pliskova is yet to win a Grand Slam title despite contesting 36 majors with her best performance a runners-up spot at the 2016 US Open.

“I’m super-happy to be through to my first semi-final at Wimbledon,” said the 29-year-old Czech who will be playing in her fourth Slam semifinal.

Her last appearance in a major semifinal was at the 2019 Australian Open.

“This was my first appearance on Court One this year and I had to work really hard to get to this court.

“I feel like I am improving with every match.”

Pliskova is yet to drop a set at Wimbledon this year and has been broken just three times in five rounds.

Her eight aces on Tuesday (6), meanwhile, took her tournament tally to 40.

“I have had good preparation and hopefully this will continue.”

Despite her happiness of completing a full set of semifinal appearances at all four majors, Pliskova hit out at doubters who questioned her future in the sport when she fell out of the world top 10 on the eve of Wimbledon.

“The Internet is the biggest problem,” said Pliskova who had failed to get to the second week of a Slam in her last five outings.

“Not that I would really read all the messages and all the comments, but sometimes you just see something or like some articles.

“I think they can be quite brutal. I was five years in the top 10. Then one week I’m not in the top 10, and it’s like huge drama, especially in my country. I think these things, they just don’t help.”