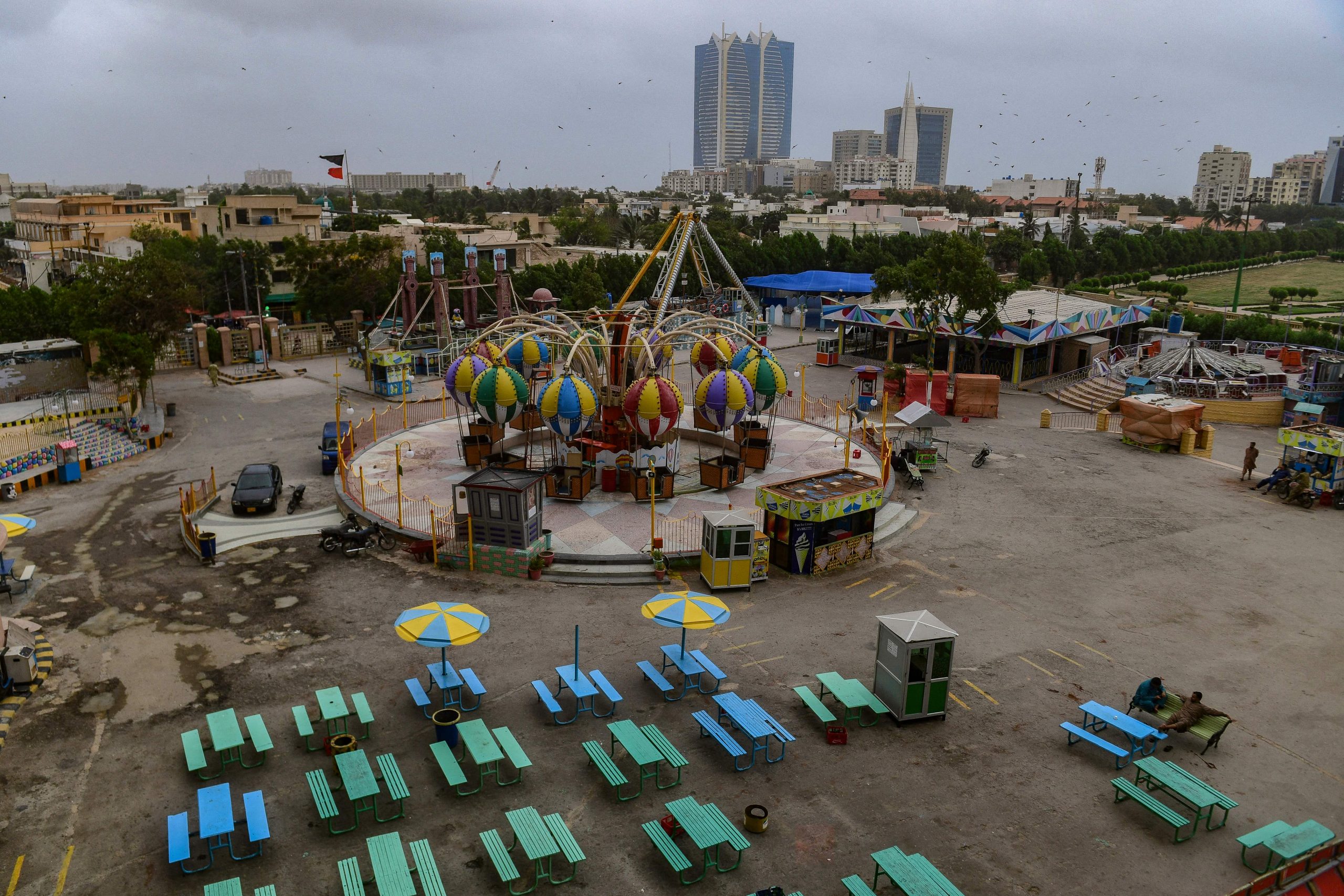 An overview of a closed amusement area is seen after authorities imposed a lockdown to curb the spread of Covid-19 coronavirus in Karachi on July 30, 2021. (Photo by Asif HASSAN / AFP)

Pakistan’s largest city, Karachi, is to undergo a week-long partial lockdown starting on Saturday to curb the spread of the coronavirus Delta variant, as the city’s hospitals are close to saturation levels, the provincial chief minister said on Friday (31).

A day earlier, Pakistan’s federal government announced a ban on staff entering public offices, schools, restaurants, transport, shopping malls and air-travel without vaccination certificates, despite only 2.7 per cent of the population having had the full two COVID-19 vaccine shots.

“I know, people will not be comfortable with lockdown, but it is inevitable we have to bring the numbers down,” Murad Ali Shah, chief minister of Sindh province, told a press conference.

During the last 24 hours, Pakistan reported 86 deaths including 14 from Karachi, as coronavirus positivity in Sindh’s capital reached around 25 per cent.

According to Aga Khan University Hospital, there is almost 100 per cent prevalence of the Delta variant in the city, the chief executive of the province said.

He said that Karachi was seeing 20 per cent cases for the past few weeks, but following the Muslim holiday of Eid, the virus also spread in rural areas, with numbers have gone up to 6 per cent from 2 per cent, as people visited hometowns.

Out of a population of 220 million, more than 27.8 million have received one vaccine shot, but only 5.9 million have been fully vaccinated, according to the National Command and Operations Centre (NCOC), a military-run body that oversees pandemic response.

The lockdown will be in place until Aug. 9 and will focus the retail industry in the city. Essential services will be open.

Restaurants will only be allowed delivery. No takeaway, dine-in or outside will be allowed, a handout by the chief minister’s office said.

Health facilities including vaccination centres will remain open, it said, adding that provincial government offices will be closed during the week.

Earlier in the month, health experts had warned that the Muslim holiday and elections in Pakistan-administered Kashmir, both held in the month, could prove to be super spreader events.