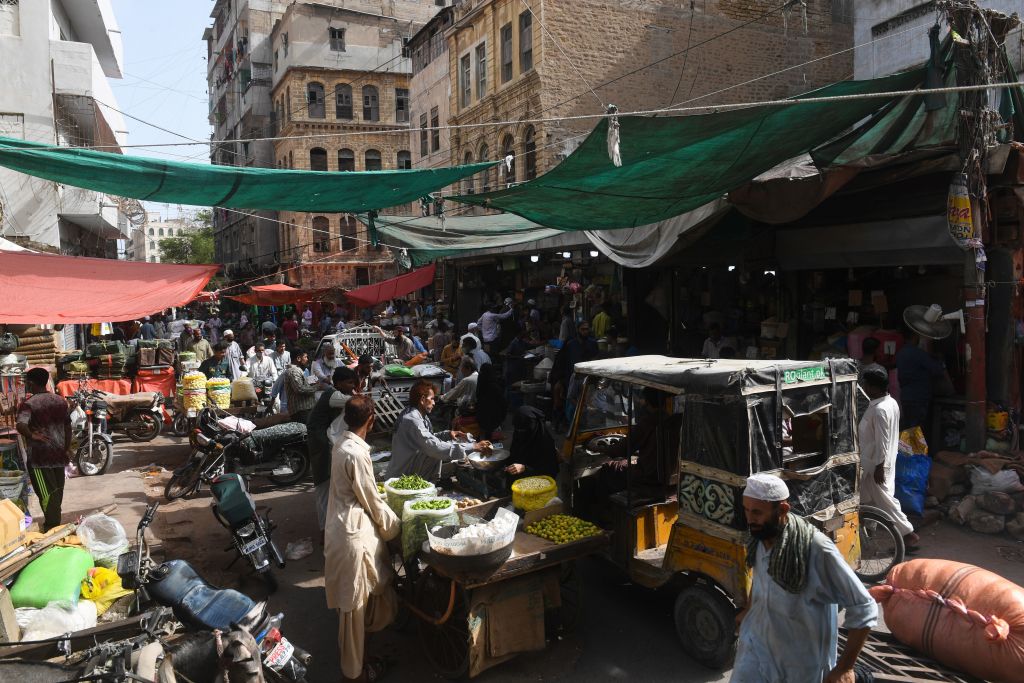 People shop at a market after the government eased a nationwide lockdown imposed as a preventive measure against the coronavirus, in Karachi on May 28, 2020. (Photo by ASIF HASSAN/AFP via Getty Images)

PAKISTAN’S remittances from abroad recorded the fastest growth in nearly two decades during the financial year 2020-21, according to latest data released by the State Bank of Pakistan (SBP).

The inflows grew 27 per cent on year, recording the fastest expansion rate since the fiscal year 2002-03, Geo News reported.

It remained above the $2bn (£1.4bn) mark for a record 13th consecutive month in June.

“The increase in remittances in FY21 was a huge achievement for the government and it helped bridge the external account gap in a tough year of Covid,” Saad Hashemy, executive director at BMA Capital, said.

“We expect FY22 remittances to remain elevated and reach a similar level to FY21 given prolongation of travel restrictions amid recurrent waves of Covid,” said Awais Ashraf, head of Research at Foundation Securities.

Remittances increased also because the government and SBP took steps to incentivise the use of formal channels of sending money home.

Pakistani migrants work mainly in the Middle Eastern countries including Saudi Arabia and the UAE, while some work in the US and the UK.