Only people with ‘Hitler-like mindset’ torch buildings: Wickremesinghe on arson attack on his house

Wickremesinghe said that this house was the only one he had in Sri Lanka as well as abroad, and that it has now been burnt down. 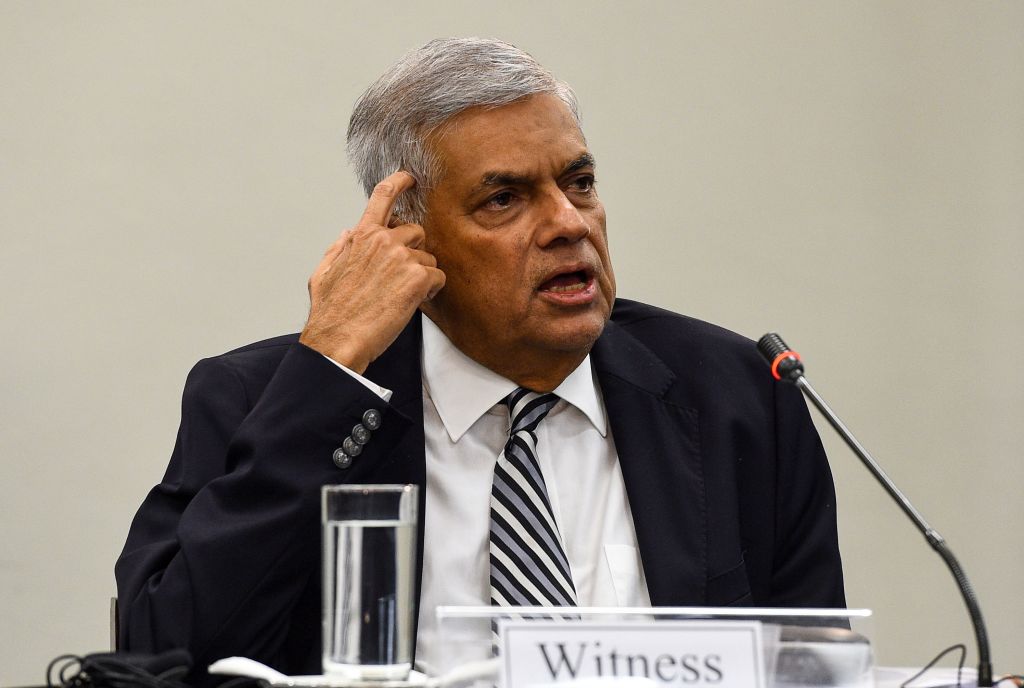 Reacting publicly for the first time after his private house was set on fire by anti-government protesters on Saturday, Prime Minister Ranil Wickremesinghe on Monday said only people with a “Hitler-like mindset” torch buildings.

In a special televised statement, Wickremesinghe said he accepted the post of Prime Minister as the economy was in disarray.

Wickremesinghe, 73, said he took over the difficult task to rebuild the economy at a time when the public was undergoing hardships without fuel, cooking gas and electricity.

“The cost of living was high, no fuel, there was a foreign exchange crisis. People were losing jobs. I saw the suffering of the people,” he said.

He said the International Monetary Fund (IMF) has noted that around four years would be required to stabilise the economy, the first year is the worst.

“This cannot be done in 1-2 days, at least a year would be needed to take the first corrective steps. The IMF said it would take four years,” he said.

President Gotabaya Rajapaksa appointed Wickremesinghe as Prime Minister in May after his elder brother Mahinda Rajapaksa was forced to resign amidst growing pressure on the government over the mismanagement of the economy.

Commenting on the arson attack by the protestors on his house on Saturday, he said only people with a “Hitler-like mindset” torch buildings, and said there was a “background event” that led to what transpired that night.

He said a miscommunication by way of a tweet by a Muslim party leader that he had objected to forming an all-party government and refused to resign had triggered the arson attack on his house.

Although he corrected it by saying he was ready to resign after the formation of an all-party government, a television station instigated the public to surround his house. He had appealed to the TV station not to instigate the protesters to attack his house.

He said that he postponed all the meetings held on July 9 and stayed at home, and then the police asked him to leave the house as there was a possibility of disturbance. Due to this, the Prime Minister stated that he and his wife left home in the evening.

Wickremesinghe said that this house was the only one he had in Sri Lanka as well as abroad, and that it has now been burnt down.

“My only house was set on fire. I had 2,500 books in my library, my only asset. There were over 200-year-old valuable paintings. All of them destroyed,” he said.

He said he had agreed with his wife to donate all the valuable books collected over time to a college in Sri Lanka and another international body.

A group of irate protesters on Saturday night entered Wickremesinghe’s private residence at Cambridge Place and set it on fire, inflicting extensive damage to the property. The incident came hours after Wickremesinghe offered to resign to make way for an all-party government.

The arson attack took place after hundreds of anti-government protesters stormed into the President’s residence in central Colombo’s high-security Fort area after breaking the barricades, as they demanded his resignation over the island nation’s worst economic crisis in recent memory.

Sri Lanka, a country of 22 million people, is under the grip of an unprecedented economic turmoil, the worst in seven decades, crippled by an acute shortage of foreign exchange that has left it struggling to pay for essential imports of fuel, and other essentials.

The country, with an acute foreign currency crisis that resulted in foreign debt default, had announced in April that it is suspending nearly USD 7 billion foreign debt repayment due for this year out of about USD 25 billion due through 2026.