‘Not even British forced it’: Opposition slams reported move of induction of helmets for Sikh soldiers in the Indian Army 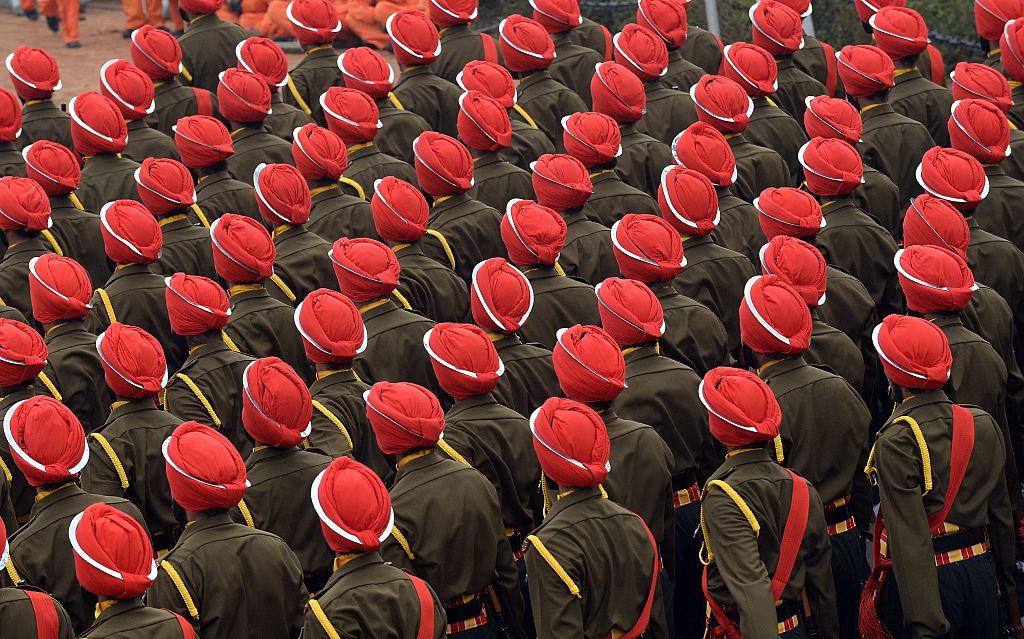 Opposition Congress and Shiromani Akali Dal in Punjab on Friday (13) strongly opposed the reported move of induction of helmets for Sikh soldiers in the Army.

“We strongly condemn the move of induction of helmets for Sikh soldiers. A Sikh will never remove his turban for a helmet. Government should immediately withdraw its decision and the Prime Minister should apologise,” Randhawa told reporters in Chandigarh.

Describing the move as “provocative and insensitive in the extreme”, Badal, in a statement, here said that it was not just unprecedented in history but also defied all logic as Sikh soldiers had always remained in the forefront of the country’s defence without ever feeling the need for such helmets in the past.

“If details emerging from various sources including newspaper reports are indeed true, then we are surprised that the Government has shown such callous disregard for the time honoured and established Sikh tenets, norms and practices on a matter of such critical emotional and religious sensitivity. It concerns ‘Sikh Maryada’ which no one has a right to tinker or trifle with,” said Badal in a letter to the Prime Minister.

He, however, hoped that the Prime Minister would look into the matter and order that necessary action be taken to stop any proposal in this regard.

“Not even the British had forced such a decision on the Sikh soldiers. Sikhs are fiercely patriotic people and have led from the front in 1948, 1962, 1965 and 1971 wars as also in all other military operations, including Kargil.

“Why this sudden development when no Sikh had ever felt the need for such a protection?” asked Badal, adding that he still hoped that the reports in this regard are not true.

In his letter to the Prime Minister, Badal also drew Modi’s attention to the serious concern expressed by Jathedar of Akal Takhat Harpreet Singh over the reported move of the Ministry of Defence in this regard.

According to a statement by Shiromani Akali Dal, Badal was referring to reports in a section of the press which said that the ministry of Defence had already placed orders for bulk purchase of these so-called “specially designed helmets” for the Sikh soldiers.

He said that the Sikh tenets forbade the wearing of any covering material over their turbans and in all combat operations, including the two World Wars, the Sikhs have neither asked for nor been forced to wear any such headgear over their turbans.” Akal Takht Jathedar, Giani Harpreet Singh had also criticised the reported move, saying that it is an attack on the identity of Sikhs.