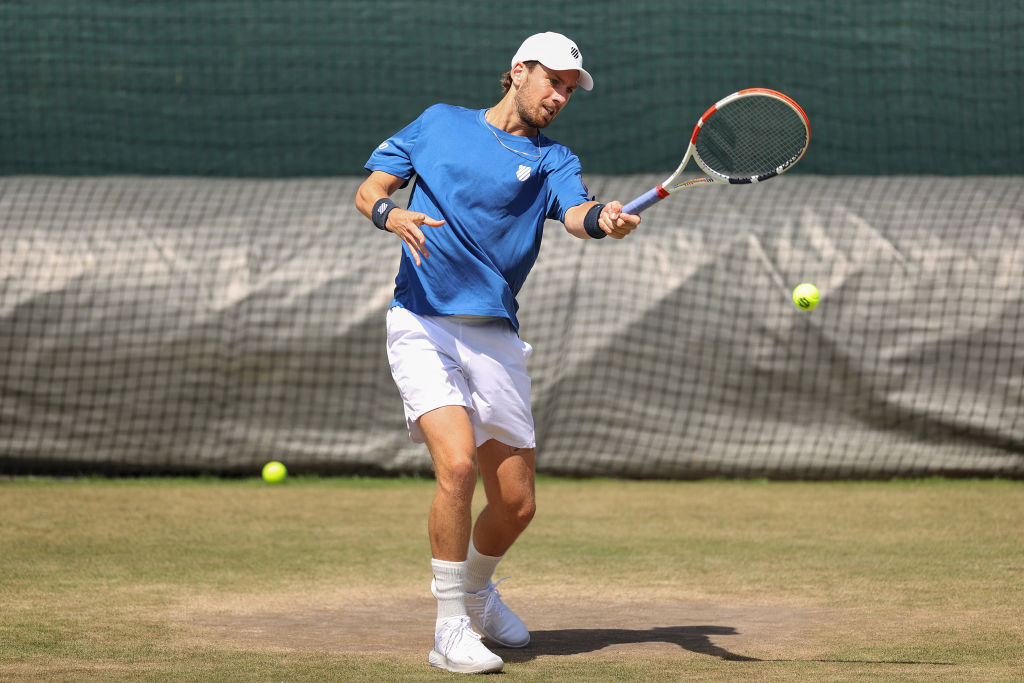 Cameron Norrie, the last Briton standing at Wimbledon, has urged the home fans to get behind him when he plays his maiden Grand Slam quarter-final, against Belgian David Goffin, on Court One on Tuesday.

British hopes faded when Emma Raducanu and Andy Murray were knocked out in the second round while Heather Watson and Katie Boulter gave the local fans a glimmer of hope before they, too, were ousted last week.

“Unfortunately, yeah, I’m the last one standing. But I think it’s even more reason for everyone to get behind me,” ninth seed Norrie said.

Ranked 12th in the world, Norrie, 26, said he felt comfortable taking the baton from three-times major winner Murray so that he could pave the way for the next generation of British tennis.

“If I can help any of the younger guys, there’s a big group of guys coming through with a lot of talent, a lot of chances to make it inside the top 100,” Norrie said.

“If I can be that guy to lead them on and to show they can do it… I went to college, I can show them a good path if you can stay professional and make good decisions.

“Managed to make the quarters of a Slam doing that, I was really pleased with myself.”

Djokovic praised Sinner for having one of the best backhands in the game, adding that he saw a bit of himself in the 20-year-old.

“I have only superlatives and positive things to talk about Sinner’s game. We all know he’s very talented, he’s already now an established top player,” Djokovic said.

“He’s very confident. He believes he can win against anybody, any stadium, which is important for a young player like him.”

Ons Jabeur, who has had a breakthrough season to rise to number two in the rankings, is the automatic favourite for the title with top seed Iga Swiatek eliminated.

The Tunisian is also looking to make her first Grand Slam semi-final, with Marie Bouzkova standing in her way.

“But I think my game could really bother her. It has to really click for me.”