‘No place is off-limits for the creative mind’ 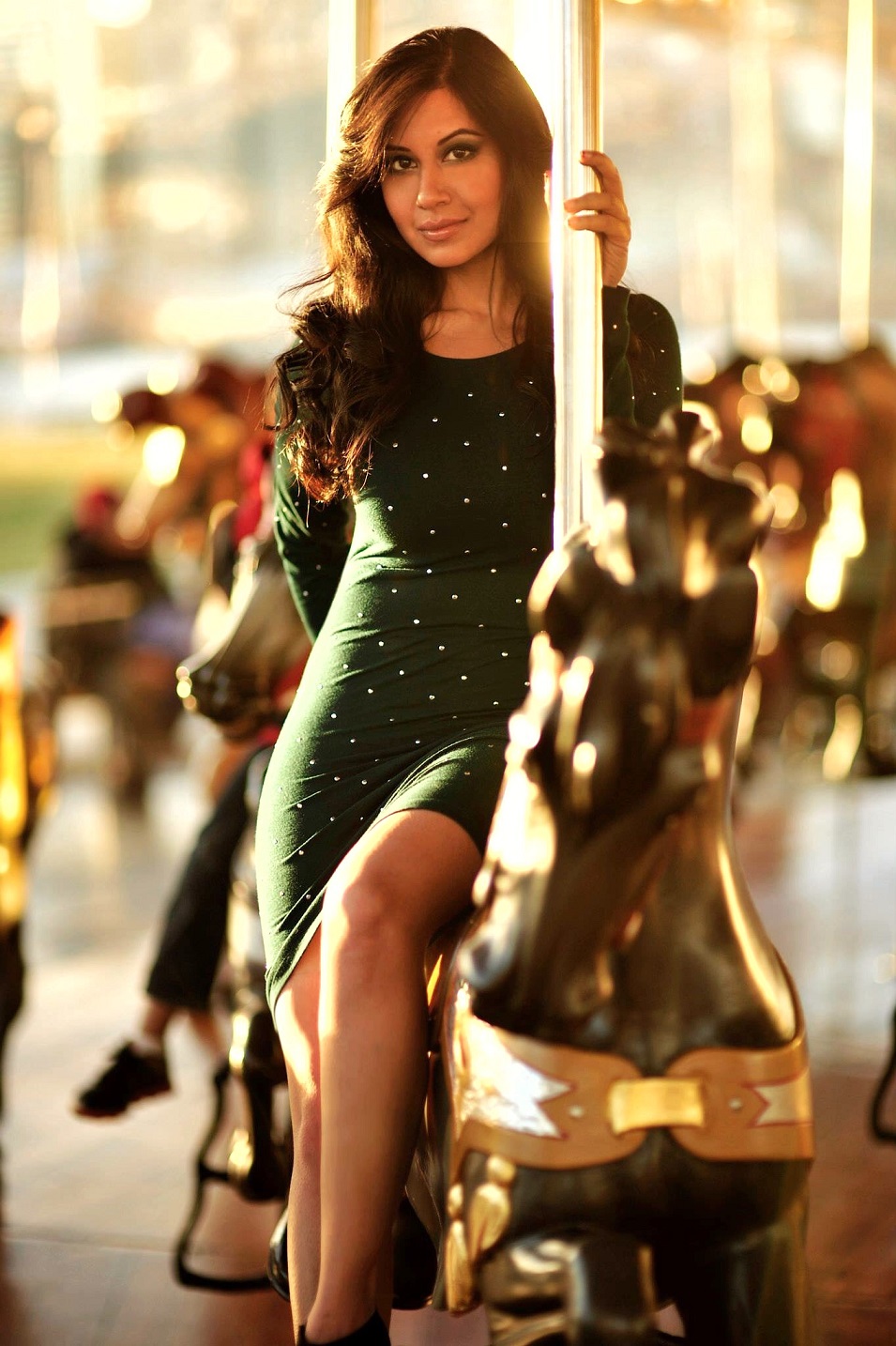 TALENTED producer, writer, actress and host Natasha Chandel has established herself as a creative force.

At the heart of that power is an amazing versatility that has enabled her to mix up marvellous projects, including starring roles, a popular dating podcast, hosting a radio show, a pioneering web series and currently writing for Netflix comedy series Mr Iglesias.

Born in Dubai, raised in Toronto and having lived in various cities, the Los Angeles-based creative powerhouse is looking to broaden her horizons even further with more exciting projects.

Eastern Eye caught up with Natasha to talk about her creative journey, dating tips, writing, inspirations and many more.

What connected you to creativity?
As early as I can remember, I loved coming up with a new reality, whether that was playing dress-up as a character, singing or reading a book, where I would imagine the whole story and come up with different endings.

What was your first passion in the creative field?
My first passion was acting. My mom tells a funny story of walking into her bedroom and seeing a two-year-old me crying in front of the mirror. She got worried and asked me what was wrong. I immediately stopped crying and turned to her to say, ‘I just wanted to see what I looked like.’ It’s pretty telling now, in hindsight.

You have worked hard and been able to skilfully balance writing, acting, producing and hosting, but which of the projects has given you the greatest joy?
That’s like picking between your children. But, let’s be real, there is always a favourite. The project I’m most proud of is my web series Mumbai Chopra: Misadventures of An It Girl. I created the show because I was tired of Indian girls being portrayed as passive bystanders in life, being oppressed, forced into arranged marriages, playing the quirky best friend. It was never me, so I had to create a reality I wanted the world to see of us.

It was ahead of its time…
I didn’t realise that what I was doing 10 years ago was so progressive. It was one of the first scripted Indian comedy web series with a female lead, with blind casting, featuring performers from all backgrounds, including trans actors and the differently abled. We broke the fourth wall, had a scripted vlog, all the stuff that big shows use in their formats now. I loved every minute of making that show, even though the workload almost killed me and my name became ‘Mumbai’ for four years.

Where do you draw your inspirations from as a writer?
As a comedy writer, my biggest inspiration is life. Everything I write is social commentary veiled in comedy; it’s stuff I see about human behaviour that makes me laugh or think and then I heighten it. Pop culture is hilarious to me; new ageism, dating obviously and everything in between.

Who is your comedy hero?
I don’t have one hero but there are many comedians I look up to, such as Tina Fey, Mindy Kaling, Monty Python, Russell Peters and Phoebe Waller-Bridge. I love each of their voices, approach and how they broke the mould.

What has the experience of writing for Netflix’s Mr Iglesias been like?
Writing for Mr Iglesias has been amazing and a privilege, honestly. We have a plaque in our room that says, ‘work hard, be nice’, which is literally true on our show. Everyone from the top down are the kind of people who work crazy hard. It’s a truly diverse writers’ room, where everyone’s opinion and input is treated with respect, which isn’t always the case in comedy. I get to laugh for a living, write jokes, tell poignant stories, be surrounded by accomplished storytellers and friends. It’s a dream job. Season 2 will be coming out in 2020 so make sure you catch up on season 1. Yeah, that’s a plug.

Where is the oddest place you have come up with a great idea?
I can’t recall the exact places, but I’ll say from being on the pot to the middle of snogging, in the shower to driving, no place is off-limits for the creative mind.

Tell us about your dating podcast?
Kinda Dating is a comedy dating podcast where celebrities or experts and I break down one dating topic per episode, and try to figure out why the f**k we all have commitment issues. We’ve done nearly 130 episodes, with topics ranging from friends with benefits, addiction and co-dependency to deciphering mixed signals and mistakes single people make. We’ve had some huge brown guests, including Sunny Leone, Russell Peters, Mickey Singh, Humble The Poet, influencers and therapists.

Tell us more…
We’re not an advice show. It’s more of an exploration where we discuss both sides of a topic and our goal is not to help you find a man/woman, it’s to help you get out of your own way and be your best self, so if you find someone, great. But if you don’t, you should also be great.

What are the key dating tips you would give?
Maya Angelou says, ‘when someone shows you who they are, believe them the first time’. We don’t want to see the truth because it means we have to make a decision (to stay or go), but take the truth as a gift and the decision as a doorway to get you to the right person faster. Being half a human with someone for an hour of your life is not hard. What’s hard is managing your feelings before and after it, so work on that. Don’t think every bad encounter means you’re going to die alone.

What are the big dating mistakes people make?
Think first, feel later. Most people do the opposite and miss glaring red flags. We’ve all done it. You can still enjoy and be present, but you were given both a heart and a mind, so use them in balance. Be open, be kind, and know that we’re all just trying out there. Put your best foot forward and let go of the past stuff, and don’t be scared if it doesn’t work out. You’ll be okay. I promise.

Is there one dating area you get messages about?
If you got ghosted by someone you’re seeing for less than a month or two, don’t sweat it. Seriously, harping on someone you barely know (even if you think you do) is a waste of time. They showed you who they are; trust it, be cool and move on. And don’t write a hate text. They’re a grown-up, they know what they did, so f**k em, and keep it moving.

Do you have a dream role?
Hands down, I would like to play a Marvel superhero.

Have you made any resolutions for the new year?
I try not to wait till the new year to make changes. I’ve started on some of my personal and professional goals already.

Why do you love doing what you do?
I love the ability of the entertainment industry to reach the masses, to be able to change people’s perspective with the characters and stories we tell/create. When I receive any message that my work made someone laugh or think or make different life choices, I feel purposeful. My personal mission is always to entertain and enlighten, so what I do allows me to give back in a tangible way to me. And it’s fun for me too.