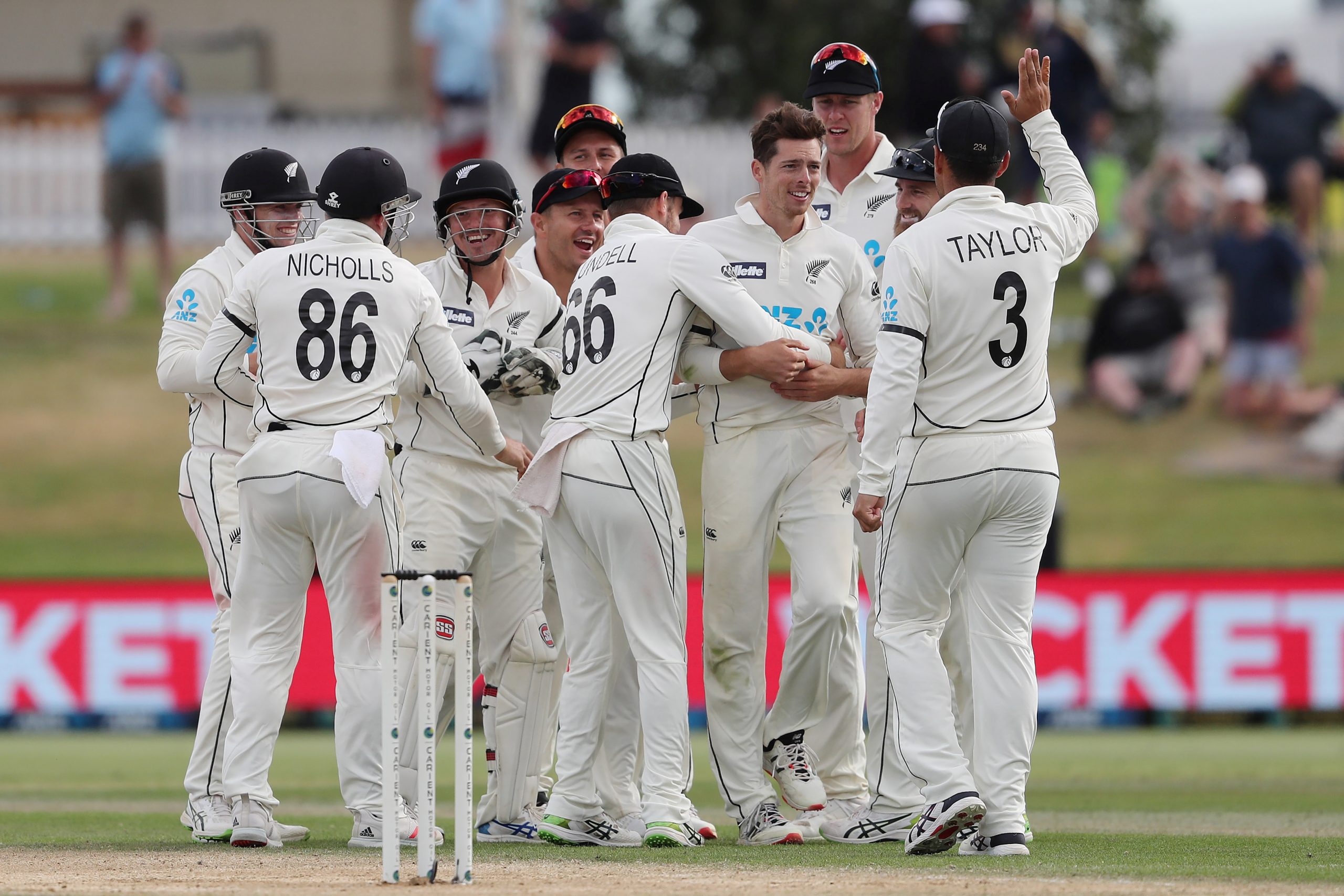 File photo of New Zealand players during a Test match at the Bay Oval in Mount Maunganui.(Photo by MICHAEL BRADLEY/AFP via Getty Images)

NEW ZEALAND will tour Pakistan twice next season, including once to compensate for abandoning their tour earlier this year, the cricket boards of both countries said on Monday (20).

New Zealand had abandoned their tour in September citing a security threat, a decision which came as a massive blow to Pakistan’s hopes of staging regular international cricket and infuriated the Pakistan board (PCB).

However, PCB chairman Ramiz Raja and his New Zealand counterpart Martin Snedden met in Dubai last month to build bridges between the boards.

New Zealand will tour Pakistan in December 2022-January 2023 to play two Tests and three one-day internationals before returning in April for five ODIs and a the same number of T20 Internationals.

“Our respective chairmen … had very fruitful and constructive discussions while in Dubai, further strengthening the bond between the two organisations,” New Zealand Cricket chief executive David White said in a statement.

The exact dates of the matches would be finalised later.

“I am pleased with the outcomes of our discussions and negotiations, and thank Martin Snedden and his board for their understanding and support,” Raja said in a statement.

“This reflects the strong, cordial and historic relations the two boards have and reconfirms Pakistan’s status as an important member of the cricket fraternity.”

Raja had earlier alleged that Pakistan had been “used and binned” by the “Western Bloc” after England immediately followed New Zealand’s lead by calling off their tour of the country.

England have since assured Pakistan they will visit for a full series in 2022.