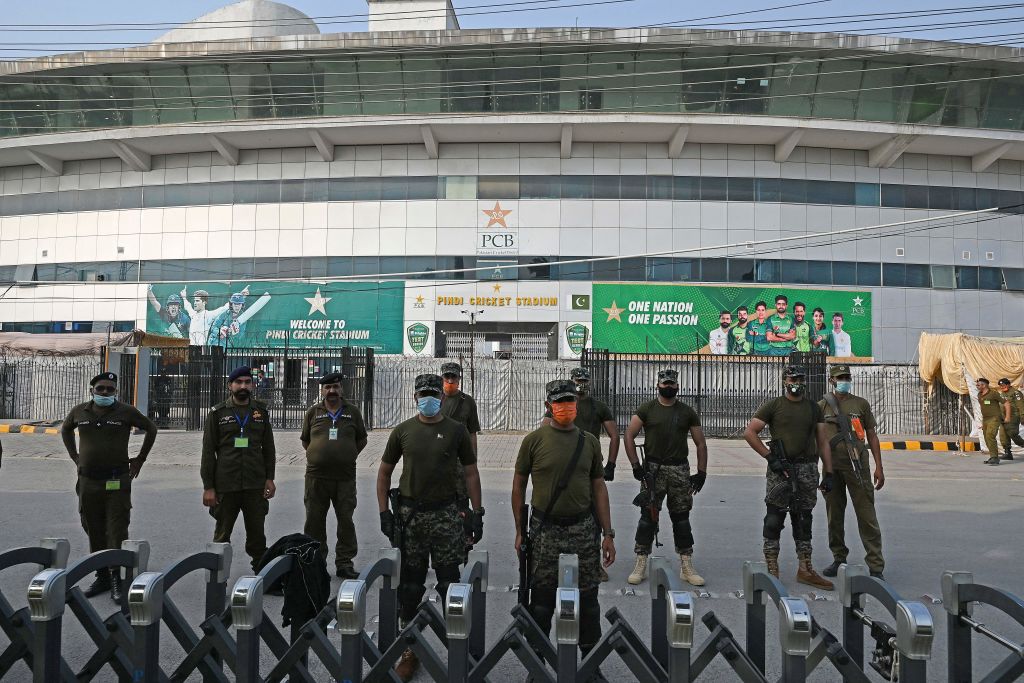 NEW Zealand’s cricket squad arrived at Islamabad airport Saturday (18), an official said, a day after abandoning their tour of Pakistan over a security alert that left the south Asian nation devastated.

The Pakistani official, who requested anonymity, said support staff were the first to be whisked away in bulletproof buses from their five-star hotel in the capital, before the players followed.

“A chartered flight came from the United Arab Emirates to collect the New Zealand squad,” said the official, who added they were due to depart in the evening.

The New Zealand team were due to play three ODIs and five Twenty20 internationals on the tour.

“The traffic was halted along the route, and I saw military commandos and police escorting buses to the airport,” a witness said.

New Zealand Cricket called off their first tour of Pakistan in 18 years just as the first one-day international was due to start in Rawalpindi on Thursday (17).

Pakistan, which was deeply frustrated by the last minute withdrawal, denied any security threats.

The country now faces the risk of further tour cancellations.

England and Wales Cricket Board said they will decide on their next month’s tours of men’s and women’s teams by Sunday (19).

Cricket Australia spokesman said they are monitoring the situation, gathering information from security experts before deciding to tour Pakistan in February and March next year.

Australia have not toured Pakistan since 1998 over security fears.