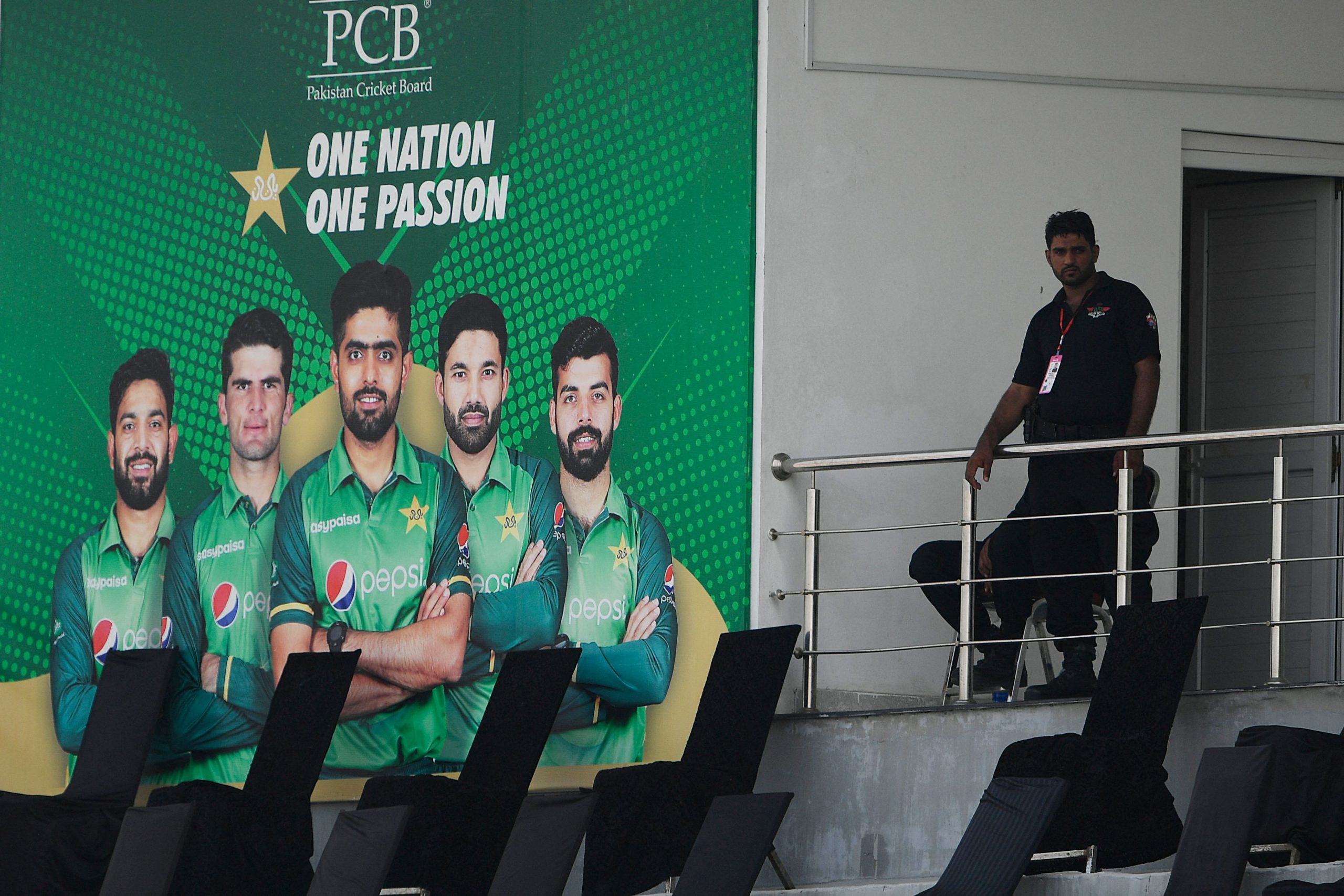 A policeman stands guard next to a poster featuring Pakistan’s cricket players at the Rawalpindi Cricket Stadium in Rawalpindi on September 17, 2021. (Photo by AAMIR QURESHI/AFP via Getty Images)

New Zealand on Friday (17) cancelled a series of one-day cricket internationals against Pakistan over security concerns just minutes after the first match was due to start.

“New Zealand Cricket informed us they had been alerted to some security alert and have unilaterally decided to postpone the series,” the Pakistan Cricket Board said in a statement.

New Zealand Cricket also announced the cancellation in an official statement on its website.

The Kiwis were due to play three one-day internationals followed by five Twenty20 matches — their first in Pakistan since 2003.

International cricket in Pakistan was suspended in the aftermath of terror attacks agauinst the Sri Lankan side in 2009, but has slowly revived over the past two years.

Security had been tight in the build-up to the New Zealand series.