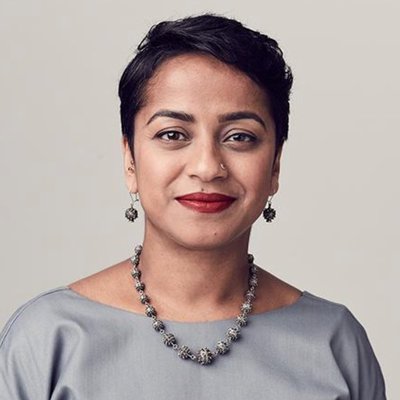 Poppy Jaman hopes this new report will inform and guide businesses on how to build psychologically safe workplaces.
Follow Us

NEARLY two thirds of employees (60 per cent) in the UK, across all ethnicities said the coronavirus pandemic has had a negative impact on their mental health and well-being, a new survey has found.

Informed by insights from an extensive YouGov survey assessing the impact of mental health at work –
the City Mental Health Alliance (CMHA), in partnership with Lloyds Banking Group, has launched the Mental Health and Race At Work Research Report.

It says living through the pandemic has also made it more likely that people from black or from a minority ethnic background experienced racism or other difficult events that have hurt their mental health.

Racism and lack of inclusion at work

According to the report’s findings, nearly half (45 per cent) of black employees have experienced racism at work in the country. With 56 per cent of those employees from black, Asian or minority ethnic backgrounds who have suffered racism at work said it had negatively impacted their mental health and well-being.

Almost half of south Asian (46 per cent), east Asian (45 per cent) and black employees (43 per cent) reported that they needed to change aspects of their behaviour to fit in at work, compared to only a quarter (27 per cent) of white British people.

When asked how this made them feel, respondents said: “isolated, anxious, frustrated and sad.”

There are signs that accessing mental health and well-being support at work is improving, with encouragingly 74 per cent white British, 76 per cent mixed race, 69 per cent black, 66 per cent south Asian and 58 per cent of east Asian people saying that they can now talk openly about mental health at the workplace.

On the other hand, there were 60 per cent of black, 49 per cent of south Asian, 35 per cent east Asian and 30 per cent mixed race who said they would be more comfortable accessing mental health support, if those providing support came from more diverse backgrounds and if the support was promoted in a more diverse way.

Poppy Jaman, CEO at CMHA said: “It’s clear that when it comes to mental health and race at work, businesses can affect their employees in one of two main ways. They can provide an inclusive environment, that is anti-racist, creates a sense of belonging and which offers appropriate and representative mental health support to those employees who might need it, so that all of their people can thrive. Or, they can be a source of stress and contribute to poor mental health because of discriminatory practices and a non-inclusive culture, which is clearly unacceptable.

“Businesses have a responsibility and an opportunity to build not only diverse, but also inclusive and mentally healthy workplaces. I have seen an outpouring of commitment to action from business on the mental health and the inclusion agenda over the last year, so the momentum is there. The CMHA and Lloyds Banking Group is sharing this Mental Health and Race Research Report in the hope that these insights and recommendations for good practice will inform and guide businesses on how to build psychologically safe workplaces for all their people. Let’s seize the opportunity to create change for good.”