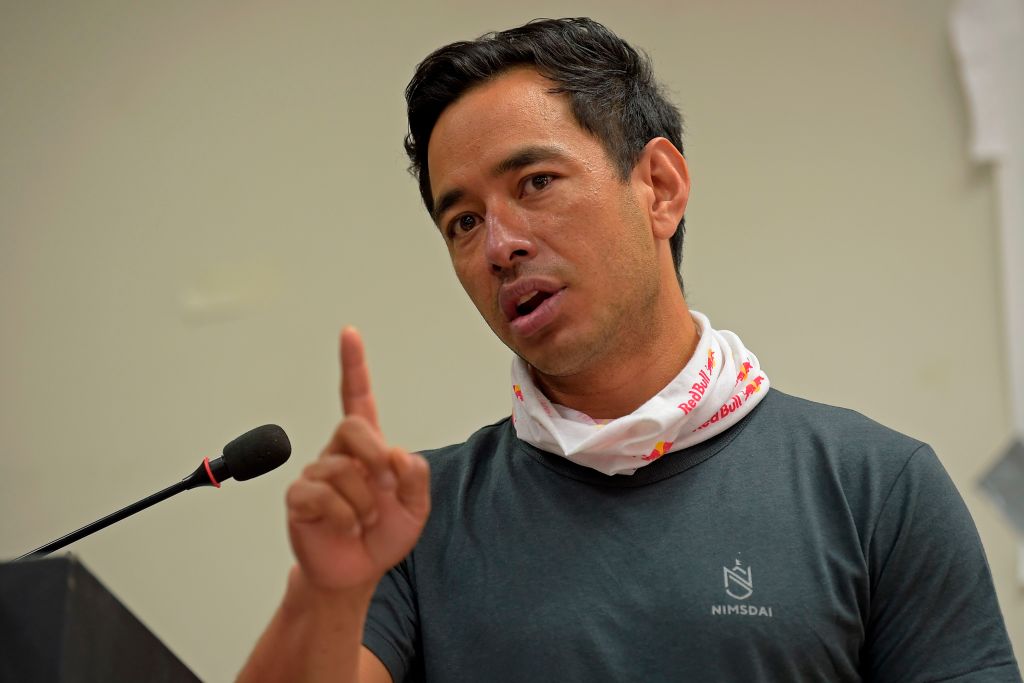 FILE PHOTO: Nepal’s climber Nirmal Purja speaks during a media briefing in Islamabad on January 23, 2021, as he along with his teammates became the firsts to summit Pakistan’s K2 mountain in winter. (Photo by FAROOQ NAEEM/AFP via Getty Images)

HAMPSHIRE-based mountaineer Nirmal Purja’s journey to the top of the world has been turned into a Netflix documentary titled 14 Peaks: Nothing Is Impossible.

Purja climbed the world’s 14 highest peaks in seven months when the previous record was seven years.

Set in the spring, summer and fall of 2019, the documentary follows Purja’s journey as he pursues his lofty goal, which he entitles “Project Possible.” Netflix will start streaming the film on Monday (29).

14 Peaks captures all of Purja’s decisions and the hardships that he endures throughout his journey. Some of these include: his decision to traverse back up one of the mountains after descending to rescue a lost climber, his legal battle to enter Tibet to climb the peaks located there and his struggle to pursue his goals while tending to his elderly mother, who suffers from health issues.

Purja grew up far from the mountains in a village in the flatlands of southern Nepal. Known by the nickname “Nims”, he was an elite soldier long before he started climbing to the top of the world.

He left his homeland as a teenager to join the Gurkhas — a brigade of Nepalis in the British army renowned for their fearlessness.

He later served in the British special forces as an extreme cold-weather warfare specialist. But it didn’t take long into his mountaineering career before he started setting lofty records.

Away from the mountains, he is campaigning for greater equality for Gurkha veterans, with regards to their pensions.