Need to get away from films on taboo subjects, says Ayushmann Khurrana

The 38-year-old actor further said he can part ways with taboo stories for a while but “not quirks”, as he believes that is his USP. 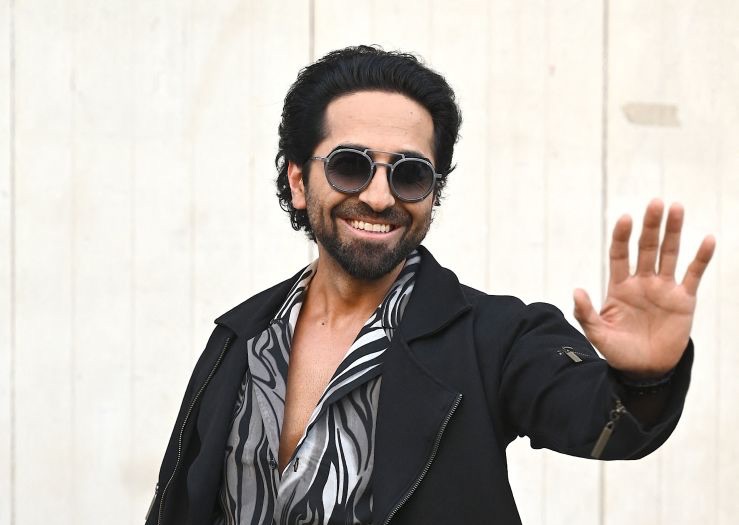 Bollywood actor Ayushmann Khurrana poses for pictures during the promotion of Indian Hindi-language action drama film An Action Hero in Mumbai on November 22, 2022. (Photo by SUJIT JAISWAL/AFP via Getty Images)
Follow Us

After attaining critical and commercial success with more than half a dozen taboo and issue-based films, Bollywood star Ayushmann Khurrana says he needs to break away from the genre.

However, the pandemic made him reconsider his criteria for selecting scripts, he said. His 2022 releases “Anek” and “Doctor G” are pre-pandemic choices, said Khurrana, adding he signed his upcoming feature “An Action Hero” post-pandemic.

“I need to break (away) from it. I need to get away from taboo subjects and make a film that is more relatable if I aspire for a theatrical release.

“That’s the evolution or maybe learning I’ve got from the last two years. This film (‘An Action Hero’) is devoid of any messaging as such. It’s just pure thrill, entertainment,” Khurrana told PTI in an interview here.

The 38-year-old actor further said he can part ways with taboo stories for a while but “not quirks”, as he believes that is his USP.

“Comedy and quirk will always work. You need to engage the audience and that is the biggest challenge today. Also, the patience level (of viewers) has decreased.

“We have reels and everything on the (Insta)gram, on phones. So, the competition for theatrical release is not just from OTT, it’s from social media too.” Asked if any of his previous hits can lure people to cinema halls even today, the National Award winner said he would bet big on family entertainers.

“A film like ‘Andhadhun’, ‘Badhaai Ho’ will definitely do those numbers. Even ‘Bala’ to an extent because they are funny films. The humour and emotions are wider films, they are all family films.

“People go out with their families in theatres. The restricting films may not work, but they are great for OTT. You have to widen your audience and give that film to them,” he added.

“An Action Hero”, also starring Jaideep Ahlawat, is helmed by debutant director Anirudh Iyer. Billed as a slick actioner with an offbeat satirical sense of humour, the film follows an artist’s (Khurrana) journey both in front and behind the lens.

“I am always looking for something that is different from my image. This fit into the bill not just because it was a really juicy character but it’s a very different film and character for me,” he said.

In the movie, Khurrana plays Manav, an action hero on the run from Bhura Solanki (Ahlawat), who wants to avenge the mysterious death of his brother.