My playlist with Arnav Maggo

DELHI-BASED Arnav Maggo has been making a name for himself with top tracks like Jo Tu Hai Yahaan, Aa Chalein Hum Kahin, It’s Hard Staying Apart and his most recent release
Look At Me Now.

The versatile singer, songwriter and musician started playing guitar when he was 13-year-old and started exploring his artistic voice during his time at New York University.

The self-taught musician has since then carved out a singing career and was happy to choose 10 songs that he currently loves.

Wild Blue by John Mayer: This track is from his latest album Sob Rock. The groove is one of the things that got me hooked to this. The beat along with the guitar tone remind me of songs from the ‘80s. The vocal melody is catchy, and the production does an amazing job of creating a classy vibe. The guitar solo, like in many of Mayer’s songs, is well-crafted too.

O by Coldplay: The piano part, which forms the base of this song, is beautiful. I could listen to it on its own all day. Chris Martin’s vocals compliment it very well, and all the elements mix to create a dreamy and soulful tune. 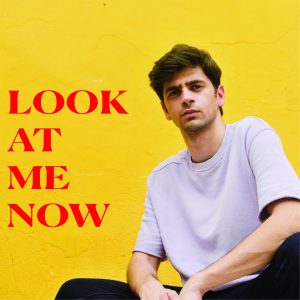 Look At Me Now by Arnav Maggo: The first thing I came up with was the main hook, which I could not stop humming to myself. Eventually, it evolved into a song, which did not have too many elements but still seemed very full and complete. An interesting addition was the Rhodes piano, which creates a nice and warm vintage vibe. This song is a story of two people who have decided to end things after realising they are somehow not right for each other, despite having immense love. It is also about the confusion and uneasiness that comes when one of them is able to move on and let go much faster than the other.

Mann Bharryaa by B Praak: Like everyone else right now, I am in love with this one. I have always found the Punjabi language to be very warm and endearing, and the lyrics of the song are very touching. That along with B Praak’s passionate performance make this one a quality track.

World Turns Grey by Robin Schulz (Ft. Princess Chelsea): The chord progression and melody that goes over it are particularly intriguing. Robin Schulz’s beats and production create an amazing atmosphere. I always end up listening to this one on loop.

Jo Tu Hai Yahaan by Arnav Maggo: I wrote this song about finding light at the end of the tunnel and finally coming across someone or something that pulls you out of the limbo that you have been in for so long. It always calms me down whenever I sing it. While making it I was very happy with the way the guitar-work turned out and the track’s general warmth.

True Love Waits by Radiohead: By now you have probably noticed my fondness for emotional songs. Radiohead first performed this song in 1995 but did not release it as part of a record until 2016 –maybe they were waiting for the right overall sound and context for it. Their songs really get you in a certain zone and make you think. This is certainly one of them! I am in awe of the melody, emotions, and music behind this one. I listen to it on loop every time I visit it.

Rehna Tu by AR Rahman: This is one of my all-time favourites and indeed a unique song. I particularly like the story behind the song and how it is presented. The melody and instrumental part at the end are unbelievable.

Thistle & Weeds by Mumford & Songs: If you read just the lyrics of this song, you’ll see that they are actually very well-written poetry. This one, like many of their songs, feels like an intense journey with some very high-energy parts and intimate moments. Their choice of traditional instruments like the banjo makes this one intriguing.

Amsterdam by Gregory Alan Isakov: He is a master storyteller and lyricist. This song is beautifully crafted with stellar production. The arrangement is tasteful. He uses just the right amount of everything. It gets you in a beautiful zone.