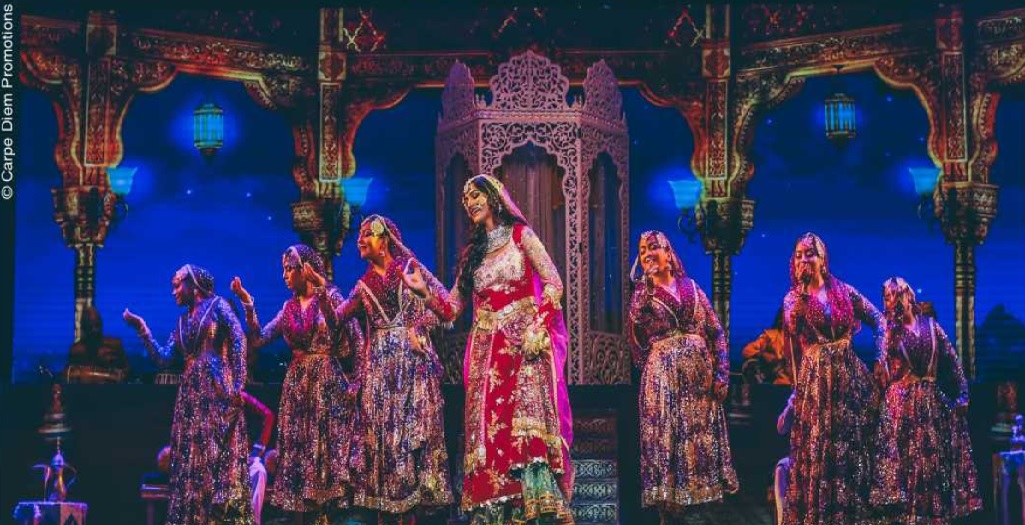 LONDON has many wonderful musicals, aimed primarily at American tourists, but there is a buzz this week among British Asians about Umrao Jaan Ada, which will be running for seven shows at Sadler’s Wells Theatre.

Hoping to catch the musical, I once again watched the 1981 movie, directed by Muzaffar Ali and starring Rekha, but more important, went back to an English translation of the 1899 Urdu novel, Umrao Jan Ada, by Mirza Muhammad Hadi Rusva, set against the background of 19th century Lucknow.

The musical’s director, Rajeev Goswami, agrees with me: “It is a beautiful novel.”

What I found striking is the speed with which the little girl, Amiran, who is kidnapped and sold to a kotha (brothel), presided over by Khanum Jaan who renames her “Umrao” in preparation for her life as a courtesan, accepts her fate.

Goswami tells me his musical will provide greater understanding of the oppression Indian women have had to endure. “Sex trafficking is still a big problem – now it happens in a different way, but it is still a problem,” he says.

The musical has been enthusiastically received in India, but all that is by way of net practice for the London test: “This is a premiere for the global market. This is the first time we have gone international.”

The dialogue and lyrics are in a mixture of Hindi and “light Urdu”, with subtitles in English put up for London audiences. The director has introduced some characters which do not exist in the film, and invented others which are neither in the film nor the novel. The finale has also been altered – “I wanted something of my own”.

“We did not follow the movie at all. The reason simply is that we wanted to do an original take on the book. If we had taken anything from the movie, then there would definitely have been some copyright issues,” Goswami admits.

“We are bringing Indian culture and traditions and dance forms – you will see a lot of Indianness in the whole thing. It is more about the culture of India and the diversity that we have. It is about paying respect to that”.

News
Tinder India starting to take off in country

News
Rushanara Ali MP: “A vote to leave the EU is a vote for intolerance and division”