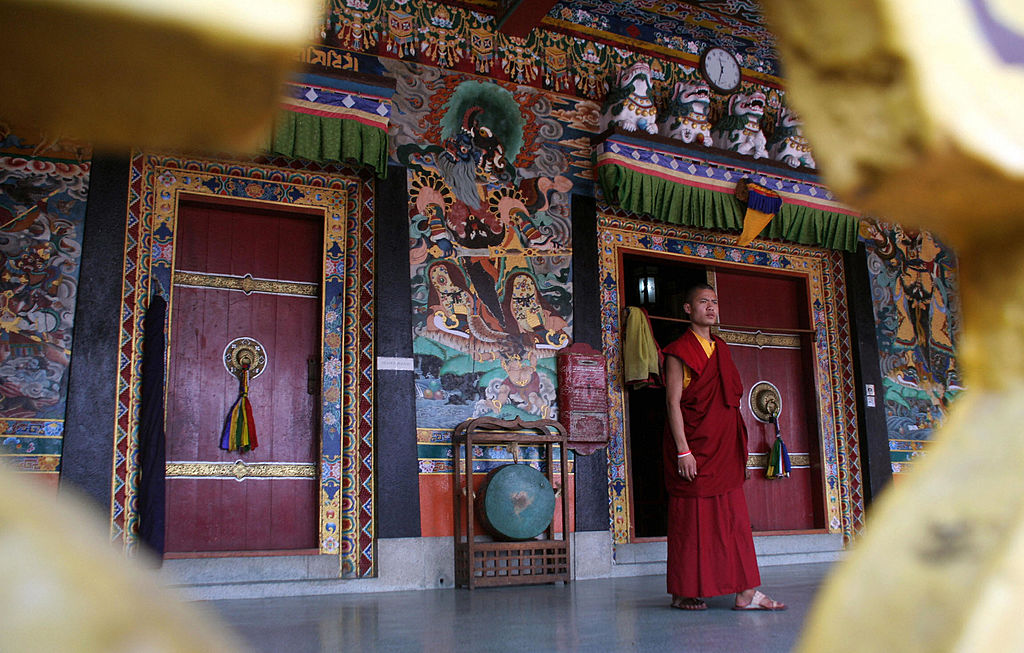 FILE PHOTO: A Tibetan monk walks outside a prayer hall of Rumtek Monastry, some 20kms from Gangtok on March 15, 2008. (DIPTENDU DUTTA/AFP via Getty Images)
Follow Us

HUNDREDS of monks have tested positive for Covid-19 in India’s Buddhist monasteries in the north-east, where most of them are located.

More than 300 monks have tested positive for the virus in the Sikkim state, reported the BBC.

In the Gonjang monastery alone, 64 of the 85 monks were tested positive for the virus. It was found out after mass testing conducted in the monastery, the report added.

Now, many of the 200 monasteries in Sikkim are in lockdown.

According to the report, monks often study, eat, and live together, making it hard to contain an outbreak.

There are students from India, Nepal and Bhutan in these monasteries. More than 100 students have now tested positive for the virus, the BBC report said.

There are now 2,448 active cases in the state. So far, 16,329 persons have been discharged on recovery. The total death toll stood at 293, according to official statistics.

India reported on Tuesday 42,640 new Covid-19 infections over the past 24 hours, data from the health ministry showed.