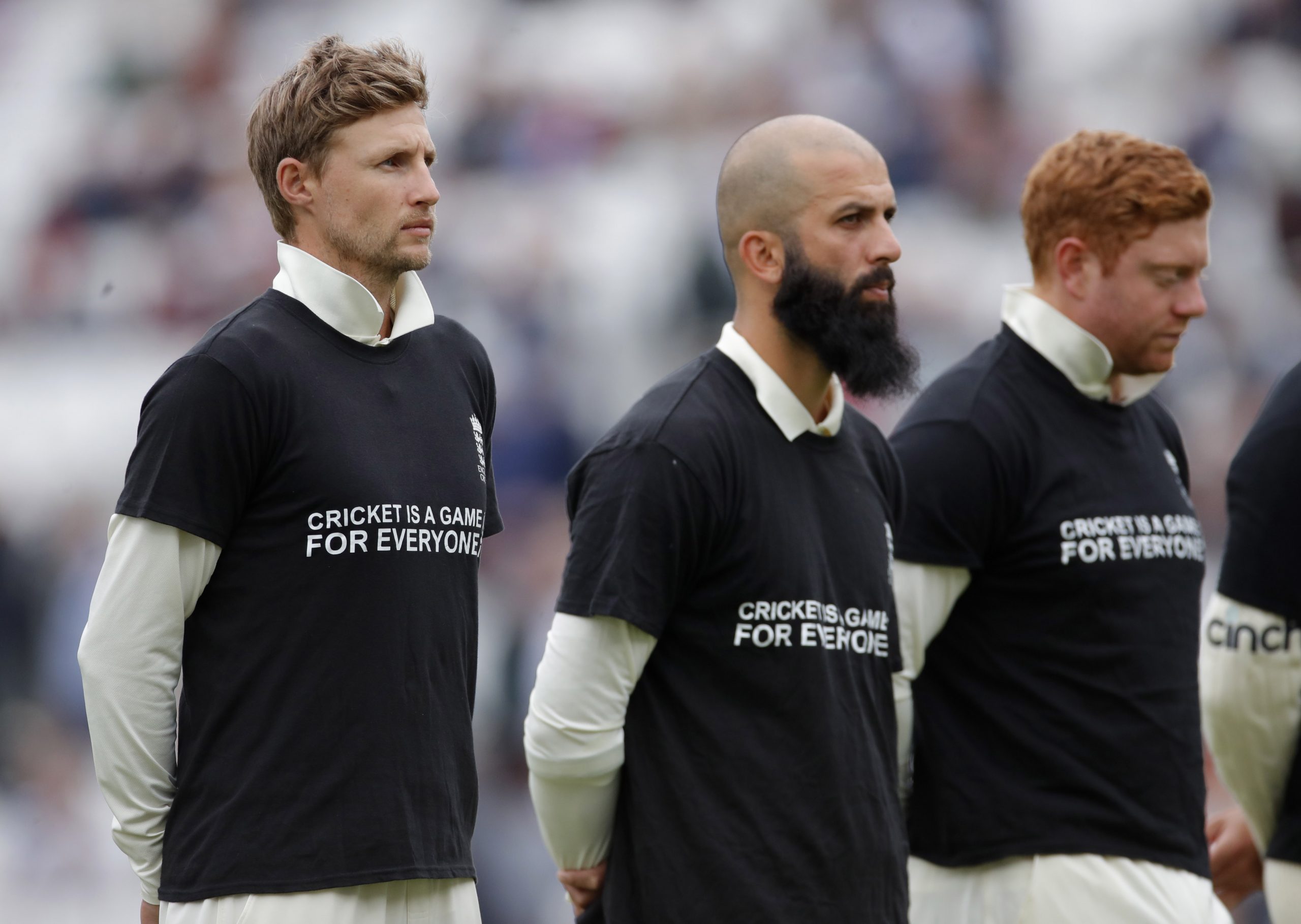 Joe Root , Moeen Ali and Jonny Bairstow wearing anti-racism shirts before the start of a match. (Reuters/Andrew Couldridge)
Follow Us

ENGLAND captain Joe Root hailed Moeen Ali as a role model and said he would be a huge loss to the Test side after the allrounder announced his decision to quit the longest format of the game on Monday (27).

Moeen, who made his Test debut in 2014, scored 2,914 runs in 64 Tests at an average of 28.29 and claimed 195 wickets with his nagging off-spin but played little Test cricket since the 2019 Ashes series against Australia.

The 34-year-old took a break from Tests in 2019 after losing out on a central contract before returning the fold in May 2020.

In February, England coach Chris Silverwood apologised for confusion surrounding Moeen’s departure from India midway through a Test series after Root said he had chosen to go home when he had actually been granted leave as part of a rotation policy.

Moeen was recalled to the Test side in August for the second match against India in the home summer series and played in two more matches against the tourists.

“The one thing I will say is when Mo has played, he’s been brilliant. You look at the amount of games he has affected, the amount of special moments he has had on a cricket field in the Test match format has been exceptional.”

Root said Moeen, who intends to specialise in white-ball cricket, had not been appreciated enough outside of the dressing room and added he would be a “huge loss” to the Test side.

“He’s a great personality to have in and around the dressing room, and he’s a great brain for younger players to learn from and to feed off,” Root said.