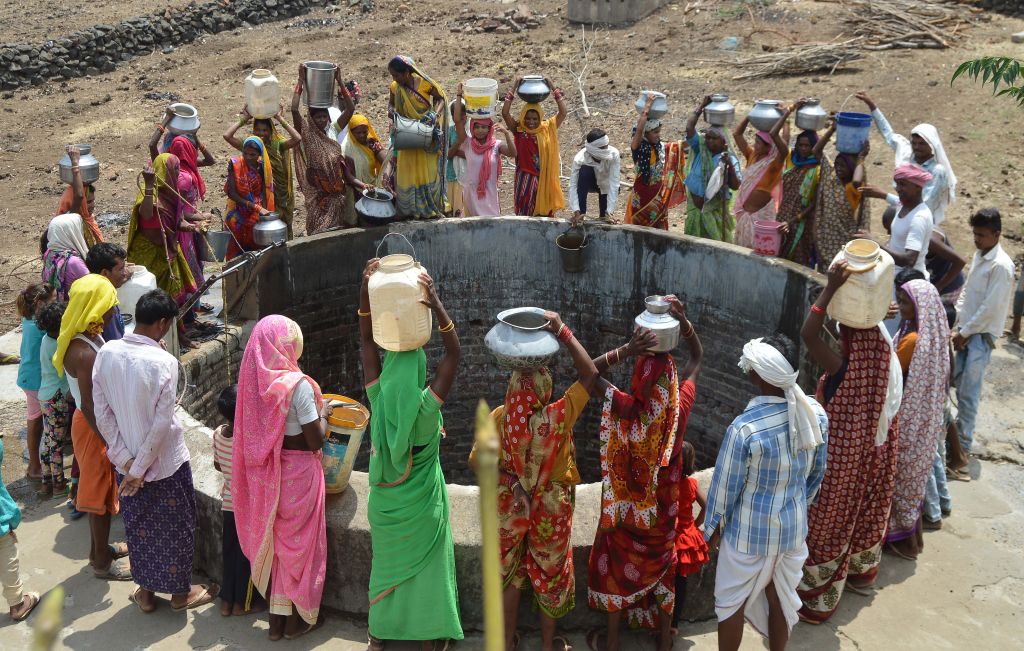 Indian women collect drinking water from a village well in a water-scarce area in the central state of Madhya Pradesh. (Photo by UMA SHANKAR MISHRA/AFP via Getty Images)

A VILLAGE in the central Indian state of Madhya Pradesh remained witness to a shocking incident earlier this week as six minor girls there were paraded naked as part of a ritual to please the rain god. The incident has caused a massive outrage across the country.

A video footage of the incident which happened in a drought-stricken village in Damoh district in the Bundelkhand region of Madhya Pradesh, which faces water scarcity, was shared on social media. In that, the naked girls aged below 10 were seen carrying heavy wooden flails with a frog tied to them.

It was also seen that local women accompanied the girls by singing devotional songs and collecting grain from each household, before donating the food item to a local temple.

India’s National Commission for Protection of Child Rights and the state police said they launched a probe into the matter and action would be taken against the person who had recorded and shared the video footage.

Meanwhile, the girls’ parents said that they had given permission to their daughters to take part in the ritual but the minors alleged that they had been forced, The Telegraph reported.

“It is a tradition here that can be termed superstition. We will investigate. In case we come to know about force being used against the children while they are paraded naked, we will initiate action,” a policeman from Bundelkhand was quoted as saying by the daily.

The incident was heavily slammed on social media platforms like Facebook where many sought actions against the organisers of the event. One called the organisers “brainless” and demanded their arrest so that they did not repeat it.

According to a 2007 study conducted by the Indian government, over half of the country’s children reported that they had been sexually assaulted. One in five kids have undergone serious sexual abuse.

One Thomson Reuters Foundation poll published in 2018 termed India as the most dangerous place in the world for a woman, ahead of war-ridden countries like Afghanistan and Syria.