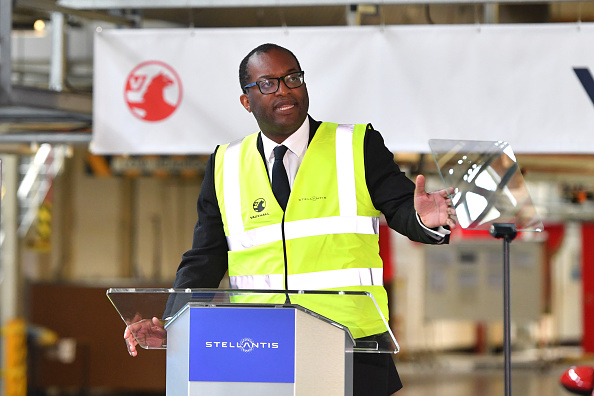 UK business secretary, Kwasi Kwarteng, on Monday (19) unveiled an arsenal of planned reforms to boost competition and shield the public from rip-offs as the UK ended all the Covid restrictions.

Under the reforms, the government is set to make some changes in the law so prepayment schemes like Christmas savings clubs have to safeguard customers’ money and protecting consumers’ cash. The change will prevent scandals like Farepak from happening again, where tens of thousands of people, many on low incomes, lost all they had saved for Christmas when the company went bust.

For the used car and home improvement sectors, where consumers often make large, important one-off purchases, the government will make it mandatory for businesses to take part in arbitration or mediation where disputes arise over a transaction, Department for Business, Energy and Industrial Strategy said, implying both sides won’t get dragged through the courts.

The government is also clamping down on subscription traps by requiring businesses to make it clear exactly what consumers are signing up for and letting them cancel easily. Bogus online ratings will also be targeted by rules that make it automatically illegal to pay someone to write, or host, a fake review.

Business secretary Kwasi Kwarteng said: “The UK’s economic recovery relies on the strength of our open markets and consumers’ faith in them.

“By delivering on our commitment to bolster our competition regime, we’re giving businesses confidence that they’re competing on fair terms, and the public confidence they’re getting a good deal.”

Under the new set of reforms, tough penalties for non-compliance are also being put forward, with new powers for enforcers to hit unscrupulous traders who breach consumer law with fines of up to 10 per cent of their global turnover.

Consumer and Small Business Minister Paul Scully: “Business is built on trust. When consumers part with their hard-earned cash, they’ve got every right to expect they’ll get their money’s worth. Cowboy builders aren’t welcome in 21st century Britain.

“As we build back fairer, we will protect the UK public from being hoodwinked and help small businesses thrive.”

The consultation also sets out new and enhanced powers for the competition watchdog to help drive innovation, productivity and growth. Under the plans, the enforcers will be able to wrap up investigations faster and impose stronger penalties on firms that break the law or fail to cooperate with the regulator’s work.