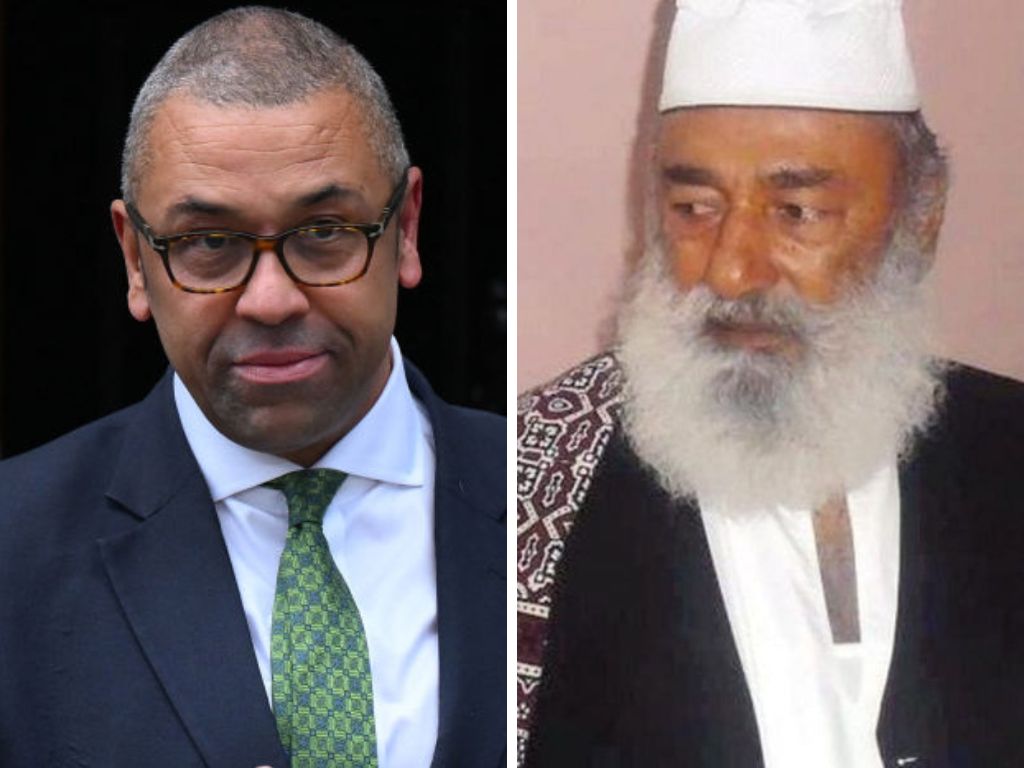 The UK on Friday (9) came up with sanctions against 30 people across the world, including Mian Abdul Haq, a Muslim cleric from Pakistan, in a bid to target those it thinks are responsible for violation and abuse of human rights and perpetrate sexual violence in conflict.

Mian Abdul Haq aka Mian Mithu is accused of forced conversions and marriages of girls and women from Pakistan’s religious minorities.

According to Pakistan’s Naya Daur TV, Haq belongs to an influential family in Sindh province of Pakistan and is an influential political and religious figure in Ghotki in the same province. In 2008, he was elected to the National Assembly of Pakistan from Ghotki on the ticket of Pakistan Peoples Party (PPP), one of the South Asian nation’s major political players.

He is also the custodian of Bharchundi Sharif shrine in Sindh.

However, Haq is somebody feared by Pakistan’s minority Hindu communities for he is accused of abducting their girls, often minors, and forcibly converting them to Islam. These girls are also forced to marry Muslim men, including their kidnappers. According to the Hindus, Mithu wields his political power to shield those who kidnap Hindu girls and even influences legal procedures when the victims’ families move courts.

Haq is known to rub shoulders with powerful people but the growing reaction against him has seen a number of top political parties of Pakistan, including the PPP, Grand Democratic Alliance, and the Pakistan Tehreek-i-Insaf refusing to field him in elections.

Moreover, in 2015, Imran Khan had extended an invite to Mian Mithoo to join the Pakistan Tehreek-e-Insaf (PTI), a move that drew widespread criticism from the Hindu community.

Haq rose to prominence after he converted a Hindu girl named Rinki Kumari to Islam in February 2012 before getting her married to a Muslim man. He made the headlines again during the Ghotki riots of 2019 that broke out over allegations of blasphemy against a Hindu school principal. On the face of it, the cleric had nothing to do with the riots or the allegation of blasphemy but later, a video emerged that showed him leading the rioters. Hindu temples, the principal’s school, and houses of Hindus were vandalised in the violence that broke out.

It is being claimed that Haq is backed by influential people and his rampage against Pakistan’s minority Hindus finds support in them.

Protests have been staged by human rights activists in the past against Haq’s alleged act of conversion both in Pakistan as well as in cities in North America such as Toronto, New York, and Houston.

‘It is our duty to promote free & open societies’

He said, “It is our duty to promote free and open societies around the world. Today our sanctions go further to expose those behind the heinous violations of our most fundamental rights to account. We are committed to using every lever at our disposal to secure a future of freedom over fear.”

The sanctions include targets from 11 nations across seven sanctions regime and as part of the package, the UK has designated eight individuals including Haq under its Global Human Rights regime which allows London to prevent those involved in serious human rights abuses and violations from entering the country, channeling money through British banks, or profiting at the expense of its economy, the UK’s foreign, Commonwealth and development office said in a press release.

The other seven individuals that the UK listed are:

Besides, the country also brought sanctions against corrupt actors and perpetrators of conflict-related sexual violence. A number of officials from Iran were also sanctioned.

The UK’s move came the day after France unveiled plans for new European Union sanctions against Iran over human rights abuses in its security crackdown on popular unrest at home and supply of drones to Russia before its invasion of Ukraine.