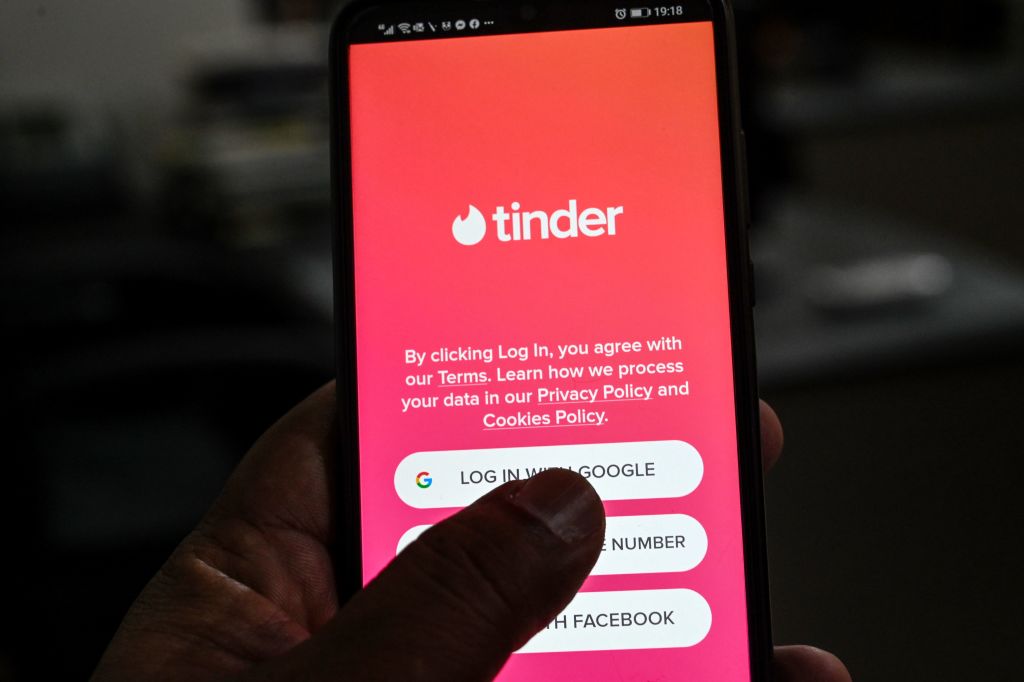 Match Group, which owns a portfolio of online dating services, including Tinder, has accused the UK-based Muzmatch of using the word “match” in its metadata to help its website appear more prominently in internet searches. (Photo by AAMIR QURESHI/AFP via Getty Images)

Match, which operates a portfolio of online dating services including Tinder, Match.com, OkCupid and Hinge, has claimed that Muzmatch used the word “match” in its metadata to help its website appear more prominently in internet searches.

Muzmatch uses keyword tags including “match-muslim” and “uk-muslim-match”, which, according to Match, are an “attempt to ride on the coat-tails” of the American company’s registered marks.

The case will be heard at the UK Intellectual Property and Enterprise Court in London on January 17, The Times reported.

Muzmatch, founded by former investment banker Shahzad Younas in 2015, contended that Match has no monopoly on the word “match”. According to it, the Muzmatch mark is a play on “Muslim” and “match”.

The London-headquartered Muzmatch, which sports the tagline ‘where single Muslims meet’, claims it is the world’s largest Muslim dating app with four million members in 190 countries.

Younas, 37, who worked for Morgan Stanley for nine years, quit his job to focus on building the mobile app to help Muslims around the world to find their marriage partners.

In 2017, it became the first Muslim centric startup to be backed by the Silicon Valley-based accelerator Y Combinator.

Muzmatch provides matchmaking and introduction services in 14 languages. It blocks users if they seek casual dates and sexual conversations are not allowed on its platform.

Match Group, which enjoys a market capitalisation of about $37 billion, made an unsuccessful attempt to take over Muzmatch in 2017, a year after it claimed that the British firm violated its intellectual property rights.

Muzmatch is believed to have spurned four attempts to acquire its business.