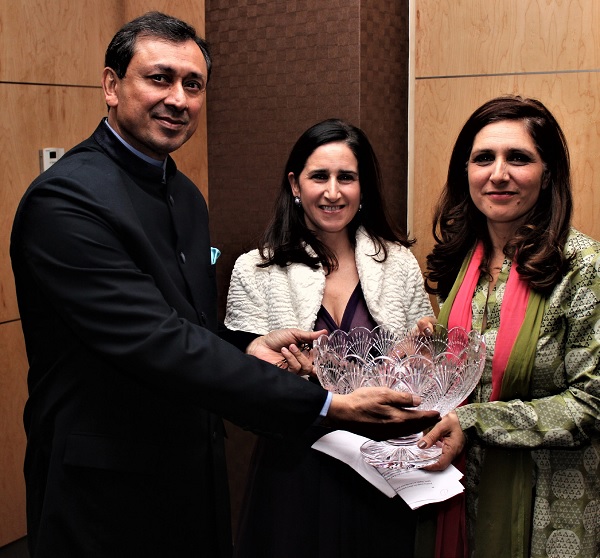 THE first time I met Marina Wheeler, prime minister Boris Johnson’s estranged wife, was in 2012 when the Indian Journalists’ Association decided to give a life time achievement award posthumously to her father, Sir Charles Wheeler, the BBC’s Delhi correspondent
in the early 1960s.

It was there that Charles met and married a Sikh woman, Dip Singh, whose first husband was Daljit Singh, the youngest brother of author and columnist Khushwant Singh.

Marina and her older sister, Shirin, accepted the award on behalf of their father from the-then Indian high commissioner in London, Jaimini Bhagwati. I remember the two
sisters put on an entertaining double act routine recalling their distinguished father’s life and times.

Marina has always struck me as being a gracious and dignified lady. The last time I bumped into her was in early June when she attended both days of the Khushwant Singh Literary
Festival at King’s College London.

She was writing a book about the Indian side of her family, called The Lost Homestead, which is to be published by Hodder & Stoughton in spring 2020.

At the weekend I, like many others, was shocked and dismayed to learn from Marina’s full page article in The Sunday Times (11) that she had been battling cervical cancer.

“Diagnosed with cervical cancer, Marina Wheeler underwent two operations in a week,” the paper summed up. “Doctors saved her life, but her family, friends and Macmillan
nurses pulled her through.”

Boris, 55, now Britain’s leader with a million problems, not least Brexit, on his shoulders, and Marina, a Queen’s Counsel, who turns 55 on Sunday (18), were married in 1993 and have four children.

Marina disclosed that she received treatment for her cancer where “20 years to the day, I had given birth, in UCH (University College Hospital), to my youngest child”.

She told The Sunday Times of the importance of regular cervical screening, or smear tests, after a routine check in January revealed the problem which led to procedures in June and July.

She urged other women to go for check-ups: “I know the take up of smear tests is way down. I know they can save your life. If people are willing to listen – as they seem to be
– why not say so? Why be afraid? I would urge other women to make the time and do the tests.”

Marina considers herself to be free of cancer, saying the experience made her appreciate “the incalculable value of holding close those who you love and trust”.

I predict her book will be a bestseller both in Britain and in India.