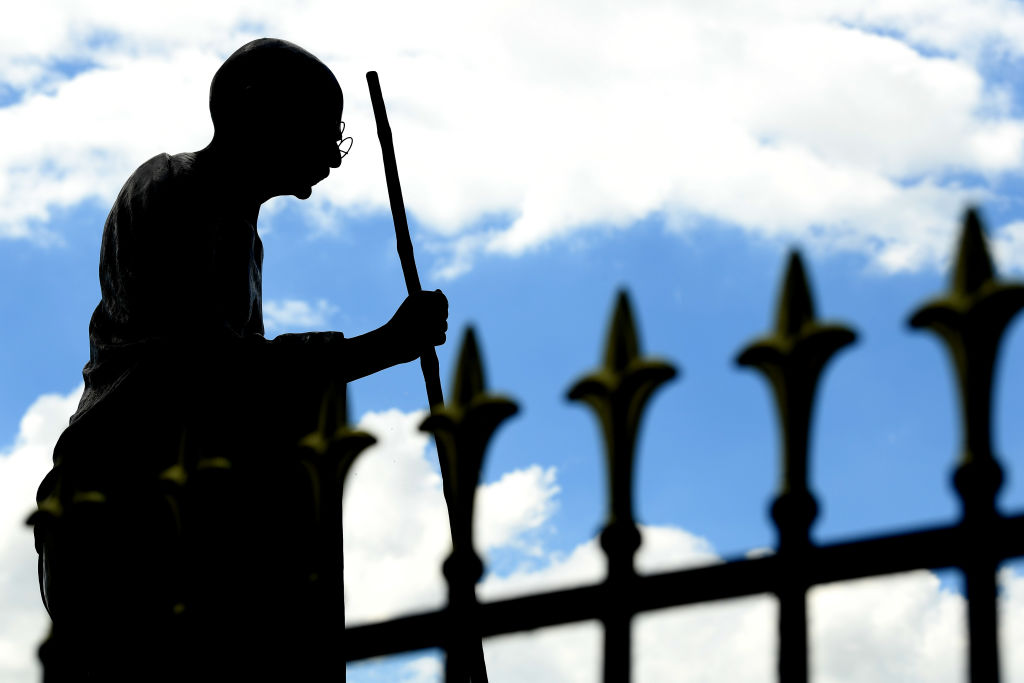 A statue of Mahatma Gandhi in Leicester, UK. (Photo by Ross Kinnaird/Getty Images)

A court in South Africa on Monday (7) has jailed Mahatma Gandhi’s great-granddaughter, Ashish Lata Ramgobin, for seven years after she was found guilty of fraud and forgery.

Ramgobin, 56, was accused of defrauding businessman SR Maharaj after the latter gave her R6.2 million (around $457,000) for allegedly clearing import and customs duties for a non-existent consignment from India.

It may be mentioned here that Monday also marked 128 years of Gandhi’s infamous ejection from a train in Pietermaritzburg in South Africa for racist reasons, an incident that would go a long way to make him an iconic symbol of anti-colonial resistance.

Ramgobin is the daughter of Gandhi’s 80-year-old granddaughter Ela Gandhi, an internationally acclaimed activist and the late Mewa Ramgovind.

She was refused to appeal the conviction and sentence by the Durban Specialised Commercial Crime Court.

The trial in the case against Ramgobin started in 2015 and according to Brigadier Hangwanu Mulaudzi of the National Prosecuting Authority (NPA), the former allegedly submitted fake invoices and documents to convince potential investors that three containers of linen were being brought from India.

On Monday, the court heard that Ramgobin met Maharaj, a director of New Africa Alliance Footwear Distributors, in August 2015. His company imports, manufactures and sells clothing, linen and footwear and also provides finances to other firms on a profit-share basis. Ramgobin told Maharaj she imported three containers of linen for the South African Hospital Group NetCare.

“She said she was experiencing financial difficulties to pay for import costs and customs and she needed the money to clear the goods at the harbour,” NPA spokesperson Natasha Kara said on Monday.

“She advised him (Maharaj) that she needed R6.2 million. To convince him, she showed him what she claimed was a signed purchase order for the goods. Later that month, she sent him what seemed to be a NetCare invoice and delivery note as proof that the goods were delivered and payment was imminent,” she said.

Ramgobin “further sent him confirmation from NetCare’s bank account that payment had been made”, Kara added.

Maharaj believed Ramgobin because of her family background
Maharaj said he believed Ramgobin because of her family name and the NetCare documents. However, when he found out that the documents were forged, he brought criminal charges against her. Ramgobin was previously released on bail of 50,000 rand ($3,684), but this time, the court did not let her off the hook.

She was a rights activist and founded the Participative Development Initiative at a non government organisation called International Center for Non Violence, where she was an executive director. She was said to be an environment, social and political campaigner.

Mahatma Gandhi spent more than two decades in South Africa in the late 1890s and early 1900s before he became a leader in India’s freedom fight.