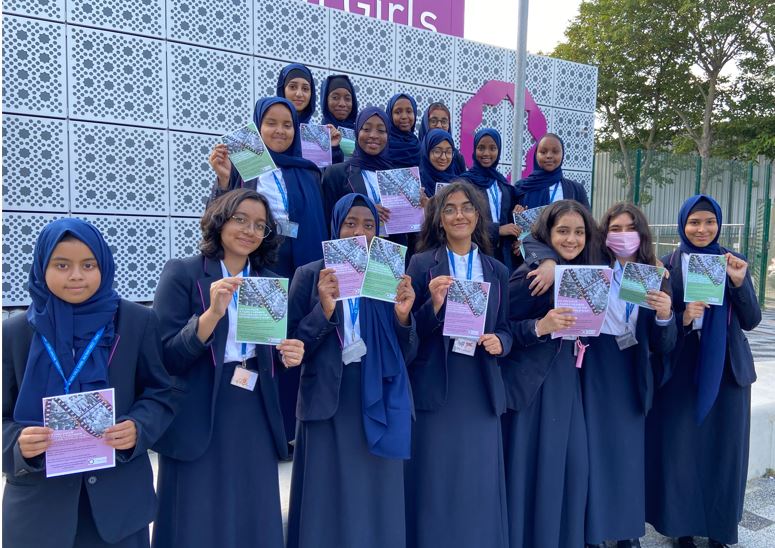 STUDENTS at a school in London are appealing to black and Asian people in the local community to come forward with their family stories of relatives who served in the Second World War.

The ‘Remember Together’ project by students at Eden Girls’ School, Waltham Forest, and supported by British Future charity, aims to address the lack of public awareness of black and Asian contribution to WW2, a statement has said.

As part of the project, the Year nine students, aged 13-14, will interview members of the local community and hope to collect images of old photographs and medals that have been passed down by older relatives.

These interviews and images will be displayed on the school website and in a short film to be shared on social media, the statement added. 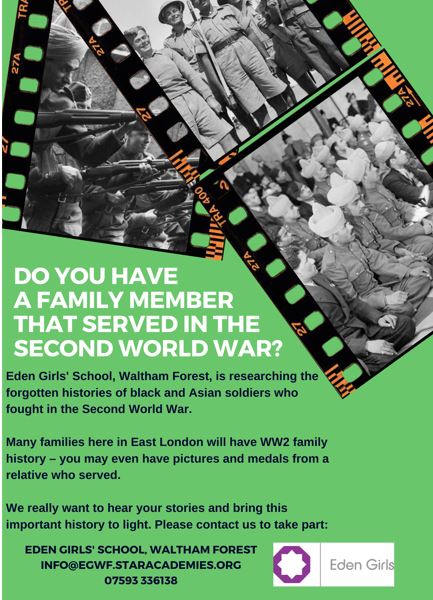 Zaynab, a student at the school, said: “It can feel like the contribution of black and Asian soldiers in WW2 is overlooked in our history books. As a student from a Muslim background, I’d like other people to realise that our great-grandfathers served alongside theirs. It makes Remembrance more meaningful knowing that this is history we all share.

“I really hope families will come forward and share the stories of what their relatives did in the war.”

Another student Saeeda, said: “As a student from a West African background, I believe we need to show recognition of the many different people who contributed to WW2. People should know what happened and what difficulties these men and women went through.”

The project will culminate in a local event to share these stories ahead of Remembrance Sunday on 14 November.

According to estimates, over 2.5 million soldiers from pre-partition India, now India, Pakistan and Bangladesh, served alongside servicemen and women from Africa, the Caribbean and other commonwealth nations.

Dr Avaes Mohammad, teacher at the school, said: “Every year the school marks Remembrance and we discuss with the students why it is important. Now they will connect that moment to the sacrifices made by ancestors from their own communities, and from people with similar ethnic and faith backgrounds.

“I hope local people will come forward with family histories to help make this project a big success.”

Steve Ballinger of British Future Future said: “Britain’s history and its commemoration can be one of the fronts in our divisive identity ‘culture wars’ – yet remembrance of shared history also has the power to bring people together in a way that few other things have.

“By commemorating the sacrifice made by servicemen and women of all creeds and colours, Remember Together hopes to make our national tradition of Remembrance feel relevant and inclusive to everybody in Britain today.”

Last year, ahead of Remembrance Sunday, British Future coordinated a joint letter demanding that “all who served are fully recognised through better education, commemoration and documentation of our shared history.”

The letter was signed by voices from different faiths, civil society, the military and politicians of all parties, including London mayor Sadiq Khan.

While launching the Remember Together initiative in 2020, Tottenham MP David Lammy said: “Every child grows up learning about WW2 in school, but the stories of the black and brown soldiers who helped defeat the Nazis have long been missing from their textbooks. We can and must do more to commemorate this forgotten sacrifice, so that every child in our diverse classrooms sees that British history is their history.”