The U-turn comes after several Tory MPs voiced their opposition to the plan announced just 10 days ago in the mini-budget. 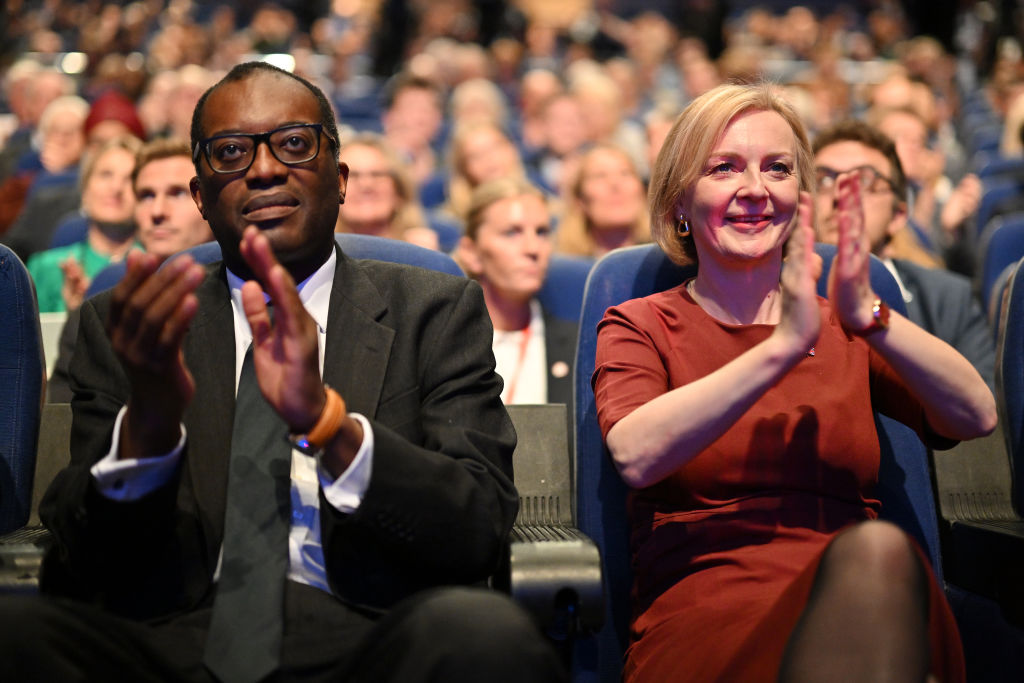 Chancellor of the Exchequer Kwasi Kwarteng and British Prime Minister Liz Truss attend the annual Conservative Party conference on October 02, 2022 in Birmingham, England. This year the Conservative Party Conference will be looking at “Getting Britain Moving” with more jobs and higher salaries. However, delegates are arriving at the conference as the party lags 33 points behind Labour in the opinion polls. (Photo by Leon Neal/Getty Images)
Follow Us

Days after UK Prime Minister Liz Truss insisted she would not abandon the tax cut for the wealthiest, the conservative government on Monday took a U-turn on the plan to scrap a 45 per cent tax cut.

The British government has announced it will reverse plans to scrap the highest rate of income tax, following a major backlash to its proposed “growth plan,” reported CNN. In a statement posted online Monday, new chancellor Kwasi Kwarteng said the plan “had become a distraction. We get it, and we have listened.”

Kwarteng said that the proposed scrapping of the 45 percent rate for those earning more than 150,000 pounds (USD 167,000) had become a “distraction.”

“From supporting British business to lowering the tax burden for the lowest paid, our Growth Plan sets out a new approach to build a more prosperous economy,” he said in a statement on his Twitter account.

“However, it is clear that the abolition of the 45 per cent tax rate has become a distraction from our overriding mission to tackle the challenges facing our country,” he added.

“As a result, I’m announcing we are not proceeding with the abolition of the 45 per cent tax rate. We get it, and we have listened,” he wrote.

The radical cuts sent the pound plunging to historic lows and sparked market chaos, leading to a revolt within the governing Conservative Party, reported CNN.

The U-turn comes after several Tory MPs voiced their opposition to the plan announced just 10 days ago in the mini-budget.

The proposal to scrap the rate paid by people earning over Pound 150,000 a year had been criticized as unfair at times of rising living costs.

The damage is already done in terms of the Truss government’s standing with the voters and the markets.