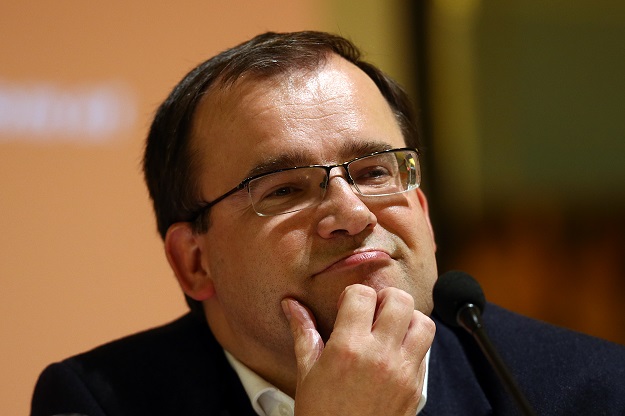 LABOUR’S next leader faces a herculean task after our worst result since 1935. If we choose the wrong leader, things could get even worse.

The number of Labour MPs with very, very low majorities is striking. We need a street fighter for a leader, someone who accepts the challenges of an often-sceptical public and a Conservative government willing to play fast and loose with the truth.

This will be a five-year audition in which the new leader must win back the trust of the public, engage productively with the media and expose the damage and duplicity of the Tory government.

The next Labour leader must focus on tackling the weaknesses in our organisation, narrative and unity. They must be relentless in understanding and then changing what might stop voters in marginal seats from opting for their Labour candidate.

All those who are standing as leader are principled and I don’t doubt they’ll campaign brilliantly on issues I care about, like the grotesque inequality in our country, the growing climate crisis or the homelessness that first motivated me to join the Labour party.

But I want them, above all else, to rebuild our appeal in places like Grimsby, Glasgow and Sedgefield. Being even better defenders of the NHS and our other vital public services is fundamental to our values and purpose, but it won’t be enough to win power next time.

We need to actively listen to the concerns of individuals across the breadth of our society, while also intelligently utilising all forms of data to understand how we can maximise our appeal across the country, without sacrificing our history and values.

A new leader needs to draw in entrepreneurs and senior business people to rethink our pitch to business. Too many small businesses do not get the support they need to help them grow and develop, yet many business owners felt we had little to offer.

We need to appear outward looking; focused on the relationships Labour could build for Britain with thriving economies across the world, such as India and Brazil. Spending more time with British people with links to such countries is essential, not only if we are to win power but also to build bridges to the business leaders whose investment can help to revitalise parts of our country that the current government will continue to neglect.

A small but important step on this path would be to campaign for greater recognition of Diwali and Eid celebrations, not just as a mark of respect but also as a first chance to develop new links with those, for example in the Indian community, who share Labour values but were sceptical about the party’s plans for Britain’s future relationship with India.

The next leader needs to avoid long shopping lists for the next manifesto and focus on a small number of very realistic pledges that embody our radical traditions and ambitions, but which are clearly sensible and affordable. So please, no proposals for huge tax increases (never mind the voices of those offering to support such an approach again).

Our recent manifesto had many virtues, but it included the biggest increase in power to Whitehall and Westminster any party has promised in a long time. Royal Mail and the railways yes, but we need to ditch costly plans to nationalise water and energy companies. We also need to be devolving power to local communities, for example; celebrating the charities, cooperatives and councils that help people run the services that they depend on.

I want a leader who knows where they stand on our relationship with Europe, who can deliver home truths to a Donald Trump, but one who also recognises the value, and has the courage to celebrate long term alliances like NATO.

If we can’t recognise and talk up the strengths, as well as mistakes, of the last Labour government we’ll struggle to convince those who haven’t voted for us in a while that Labour again in government will be a force for good for them. A key task for a new leader is to develop such a narrative.

Our new leader will face an uphill battle to secure favourable media attention this year as Brexit and Boris Johnson’s government dominate the airwaves, but in their acceptance speech and their first speech to conference, they will have brief opportunities to reach out beyond the Westminster bubble. Both need to be used to show Labour is changing – that we’re not frightened of ducking issues like immigration or the future of our armed forces.

The UK is a strong and proud union which is strengthened and enriched by its diversity and multiculturalism. The British people need to know the next leader of the Labour party feels the same.