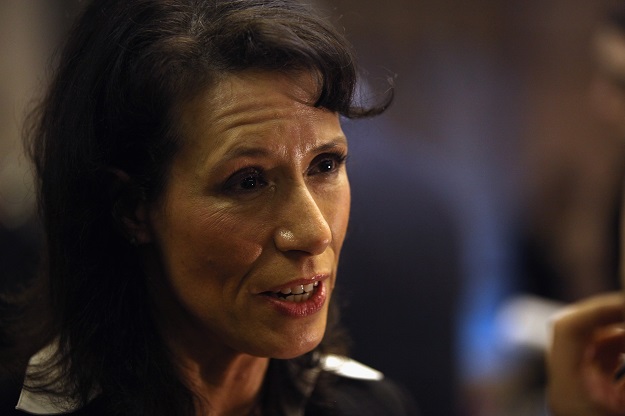 IT NEVER looks good when India refuses to admit a British member of parliament, which is what happened when the Labour MP for Oldham East and Saddleworth, Debbie Abrahams, landed in New Delhi last week, apparently without a visa.

Personally, I would have let her in and allowed her to make her criticisms of the Indian government’s Kashmir policy. She has been doing this anyway ever since she won her seat in a by-election in 2011.

Instead of worrying about grooming gangs in the Manchester area, she has embraced the Kashmir cause.

The figures for her majority explain why she has sought to secure the Pakistani vote in Manchester. In 2011, she was elected with a majority of 3,558, which makes Oldham East and Saddleworth a marginal. This went up to 6,002 in 2015 and 8,182 in 2017. But in the general election last December, she scraped in with a majority of 1,503.

She then wrote to new Asian-origin MPs in her capacity as “chair of the All Party Parliamentary Group (APPG) on Kashmir”.

She explained her ambition was to give succour to her Pakistani constituents: “The APPG on Kashmir aims to support the right to self-determination of the Kashmiri people through dialogue, seek support from British parliamentarians, highlight the abuses of human rights in Kashmir and to seek justice for people there.”

In September 2011, she told the Commons: “We must do everything we can to condemn human rights violations on either side of the Line of Control.

“We must also look to whatever means we can to ensure that we support self-determination and a lasting resolution for the people of Kashmir.”

In October 2013, she revealed why she had adopted Kashmir as an issue: “It is a particular issue for many of my constituents.”

In October 2018, she pressed the government: “The all-party parliamentary group on Kashmir’s report on human rights abuses, which was published this summer, reflects the UN’s findings.

“What discussions have the minister, or the foreign secretary had with the governments of Pakistan and India about those human rights abuses? Will the minister meet me and other members of the all-party group to discuss taking forward our recommendations?”

Last year, Abrahams said: “The minister knows there is a large Kashmiri diaspora in the UK, many of whom have families still based there, and their safety is a real concern for them.

“As the chair of the allparty group on Kashmir, I have repeatedly reiterated our commitment to supporting a process of peace and reconciliation in the region, but the UK government need to step up and help to facilitate this, alongside our international partners.

“We have a vital role to play, as I say, not just in de-escalation, but in terms of a sustainable peace, and I urge the minister to do all that he can to do this.”

Although many will see her aborted trip to India as a political stunt, I still think she should have been allowed in. The Labour party lost the Indian vote – and several key marginals – in December, mainly because of its stance on Kashmir. What Abrahams says or doesn’t say about the issue makes little difference on the ground.

Sadly, she is just one of those Labour MPs stirring the poison pot. She has certainly learnt the lingo and refers to “Azad Kashmir” but is she really helping her constituents?