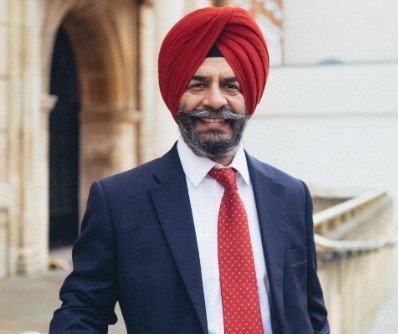 Jas Athwal, leader of Redbridge council in north London, was reinstated last month after accusations against him were rebutted. (Courtesy: Twitter)

A LABOUR councillor has revealed he considered suicide after being accused of sexual harassment and suspended from the party last year.

Jas Athwal, leader of Redbridge council in north London, was reinstated last month after accusations against him were rebutted. The episode, however, he continued to haunt him as he opened up on the tumultuous run-up to the general election in December.

“In that two-week period, I thought of [suicide] often,” he told The Observer last weekend. “It was the darkest time. I’ve got four lovely children. I’ve got a lovely wife. I’ve got an amazing life. And I’ve got so much to live for. But you almost feel you’ve dragged everybody down into the mud and that, basically, you need to finish it all off and walk away.”

It took almost a year for the case against Athwal to be heard, he claimed, and he spent more than £150,000 fighting to clear his name. He was also denied the chance to compete for a safe parliamentary seat.

Athwal, who learnt of the allegation in August, was axed from the contest to become the party’s Ilford South candidate hours before the selection process took place.

“I remember speaking to a colleague and saying: ‘It’s over. They’ve basically blocked me from entering the room tomorrow.’ But the real tragedy was the personal turmoil it would cause me,” he said.

“A father of four children, my name plastered across national media…You spend your entire life telling them how to be decent human beings and suddenly I’m the one who’s let the side down. It took Labour 346 days to hear me and clear me.”

The Labour party has not commented on Athwal’s claims.