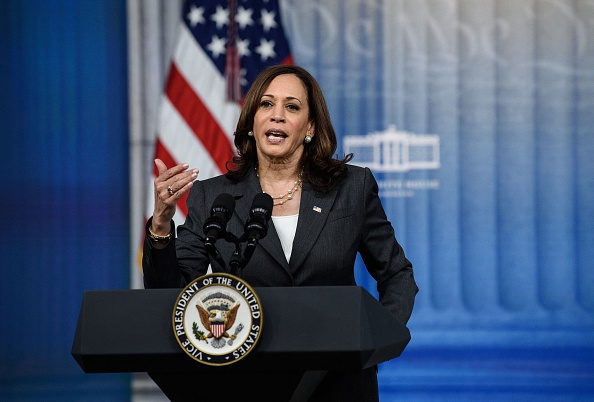 THE first woman and first person of colour to become US vice president, Kamala Harris made history on November 3, 2020. But a year later, she is still trying to figure out what part to play in a role that is by definition thankless.

President Joe Biden, by teaming up with the 57-year-old former California senator, sent a clear message to an electoral base eager for more diverse representation in power.

But with his choice, the 78-year-old Biden — who had served as second-in-command to Barack Obama during the first Black president’s two terms — has also turned the spotlight full-force onto Harris.

A serial trailblazer, she was the first woman and first Black person to become California’s attorney general. She was also the first senator of South Asian descent.

But Harris, the daughter of Jamaican and Indian immigrants, has yet to break another mold — one into which political customs and the US Constitution have locked her.

“There is no such thing as vice presidential success,” said Elaine Kamarck, a senior research fellow at the Brookings Institution. “Vice presidents rise or fall on the record of the president that they serve.”

Kamarck, who has written a book on the role of the vice president, pointed out, however, that the job has evolved from being merely ceremonial.

For a long time, “that used to be the joke, that the vice president went to funerals around the world on behalf of the president,” Kamarck explained.

But then Al Gore changed the model by taking on “substantive assignments” that would typically have been the priority of President Bill Clinton, she said.

After that came Dick Cheney, whose influence on George W Bush was so clear that he even got his own movie, the 2018 film “Vice.”

As for Obama, he made his “bromance” with Biden clear.

And Biden has put his respect for his own deputy on full public display.

Biden also entrusted Harris — who holds the Democratic Party’s majority vote in the Senate — with an extremely politically sensitive issue: tackling the roots of illegal immigration, in the face of a surge in arrivals at the southern US border.

In June, as part of this mission, Harris traveled to Guatemala and Mexico. But far from winning her accolades, this first-ever international mission earned her a barrage of criticism.

The progressive wing of her party slammed her as being too harsh after she told potential undocumented immigrants, “Don’t come.”

But the Republican Party said she hadn’t been hard enough.

There was also buzz about a television interview she gave on immigration issues in which she appeared nervous and unprepared.

The conservative-leaning Washington Examiner had a field day, mocking her short-lived presidential campaign in the Democratic primary.

“As a candidate, she is a paper tiger. As a politician, she is an out-of-touch weather-vane,” the paper wrote. “She has failed upward to this point, and it’s clear that she has hit her ceiling.”

But since the fall of Kabul to the Taliban and the hasty US withdrawal from Afghanistan in August, all eyes have returned to Biden.

It is Harris herself

“Because she’s the first woman of colour… I think she’ll get more hostility and more scrutiny,” said Kamarck, the vice presidential researcher. “I don’t think that she made any serious missteps. And I think they will be forgotten relatively quickly.”

For now, it is Harris herself — like many vice presidents before her — who seems to be forgotten.

She travels frequently on official business: in November, she will go to Paris to continue Biden’s reconciliation efforts after France became outraged when Australia signed a deal for US nuclear submarine technology, throwing out a mega-deal for French conventional submarines.

Harris has also given speeches, presided over ceremonies and received important guests. And she has had some affectionate Twitter exchanges with her husband, Second Gentleman Doug Emhoff.

But in public, she sticks close to protocol and does not open up to journalists — no surprise in a White House that carefully controls all communication.

Backers of former president Donald Trump — who had called Harris a “monster” and spread unfounded doubts, seemingly with racist undertones, about her American citizenship — have jumped at the chance to mock the vice president’s demeanor, calling it forced.

After all, for Republicans, Harris is not just the vice president. She is also the most likely candidate to take up the staff of the Democratic Party should Biden choose not to run in 2024.