Jameela Jamil expresses interest in joining Star Wars and John Wick franchises: ‘That’s something that I’m praying for at night before I go to bed’

Currently seen in the new series Pitch Perfect: Bumper in Berlin, Jamil will serve as the narrator of the upcoming film The Statistical Probability of Love at First Sight. 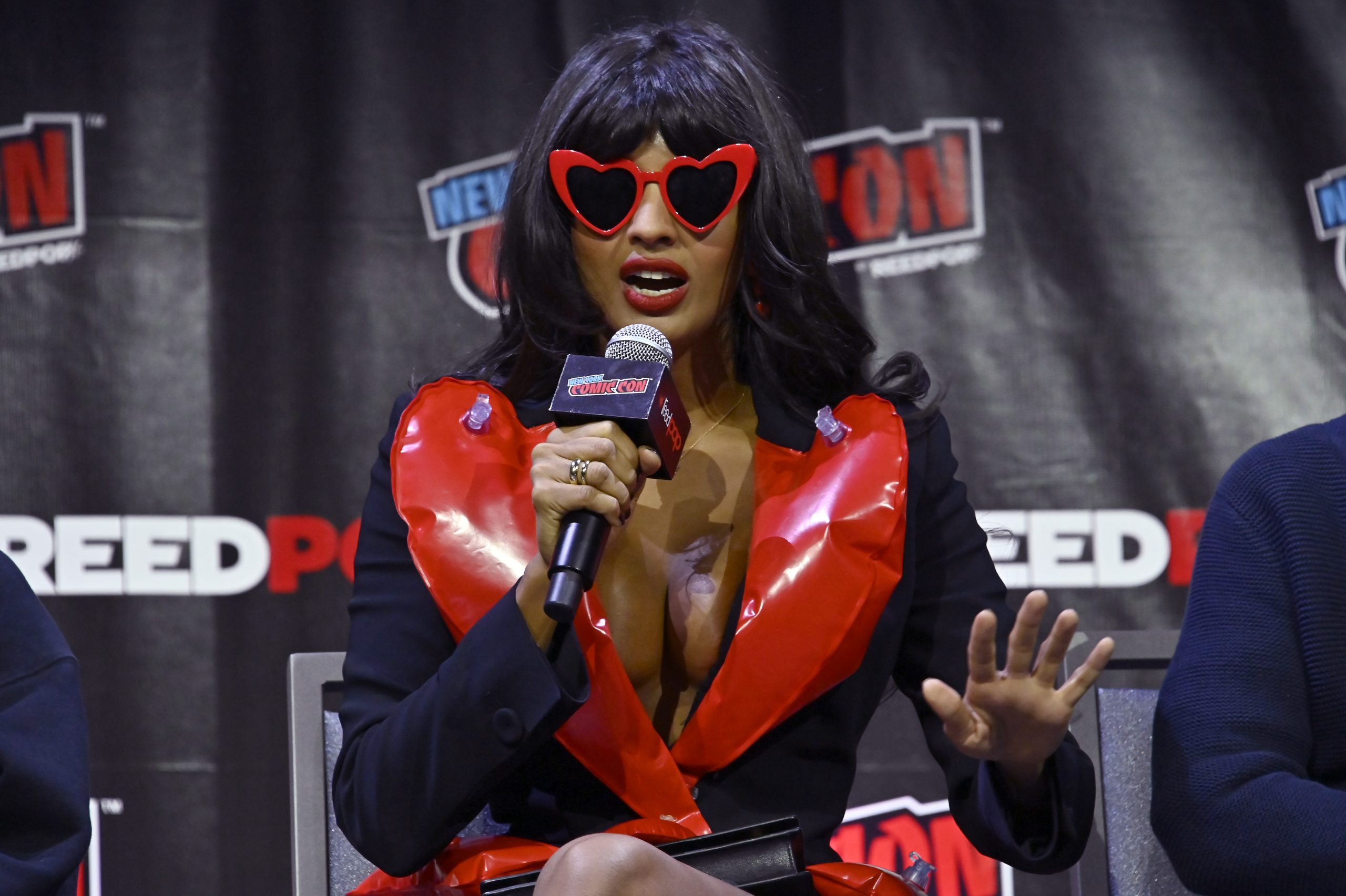 Jameela Jamil has proven her acting prowess time and again and the past few years have especially been terrific for her as she got to play pivotal parts in several big-ticket ventures, including Marvel Studios’ hit Disney+ series She-Hulk: Attorney at Law. The actress made her MCU debut as the villain Titania in the Disney+ series and garnered excellent reviews for her performance. Her other prominent roles feature in such projects as Jurassic World, Star Trek, and the recently released Pitch Perfect: Bumper In Berlin.

Speaking with Collider, Jamil recently revealed that now she wants to be a part of even more ambitious projects such as the Star Wars and John Wick franchises. Yes, you read that absolutely right!

Yeah. After Star Trek, I was like, ‘Okay, so I have done Star Trek, DC, and Marvel. I am on my way to my nerd EGOT. I guess Star Wars is next. I have that in my sight.’ That’s something that I am praying for at night before I go to bed. That would be an amazing franchise to be able to join. And also, John Wick. Is that weird?” Jamil said.

During the interview, the actress also mentioned that she was “genuinely devastated” when she missed out on the opportunity of starring in the Fast and Furious franchise after hearing that it’s soon coming to its end.

“I was genuinely devastated when I found out they were making the final Fast and Furious movie because I had always wanted to be part of that, but I just did not get into the industry early enough. And so, John Wick is dead in my sight,” she added.

Currently seen in the new series Pitch Perfect: Bumper in Berlin on Peacock, Jameela Jamil will serve as the narrator of the upcoming film The Statistical Probability of Love at First Sight.