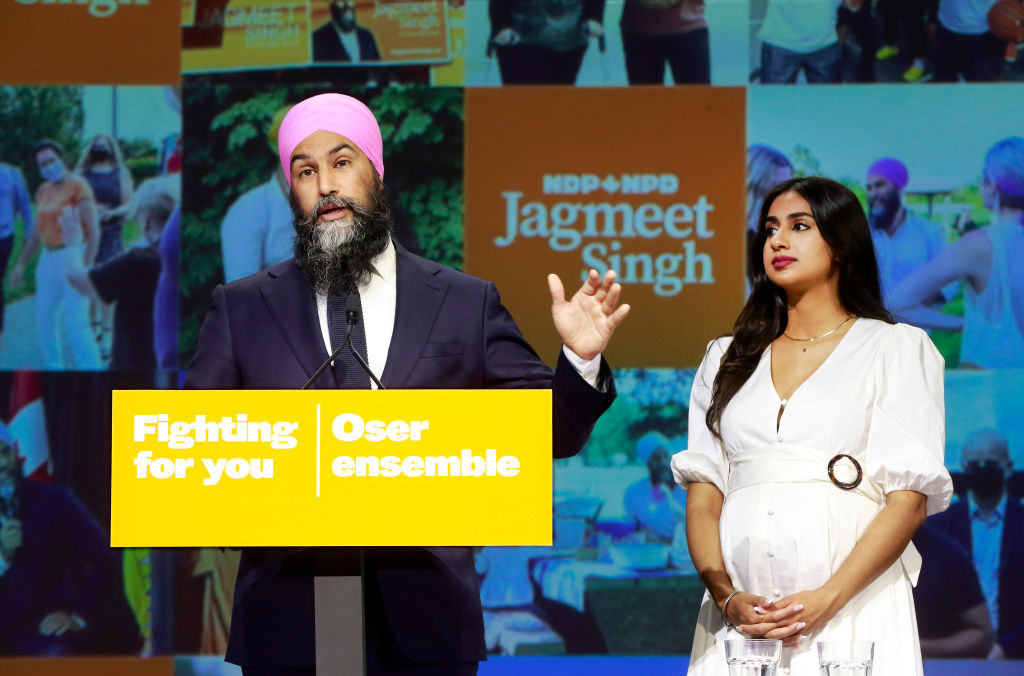 CANADIANS returned Liberal prime minister Justin Trudeau to power in hotly contested elections against a rookie conservative leader, but he failed to gain an absolute majority, according to preliminary results early on Tuesday (21).

Trudeau called the snap polls last month, hoping to parlay a smooth Covid-19 vaccine rollout – among the best in the world – into a new mandate to steer the nation’s pandemic exit and pass his agenda without opposition support.

But after a bumpy five weeks of campaigning, he appeared set for a repeat of the close 2019 general election, which resulted in the one-time golden boy of Canadian politics clinging to power yet weakened after losing his majority in parliament.

“You (Canadians) are sending us back to work with a clear mandate to get Canada through this pandemic into the brighter days ahead,” Trudeau said, flanked by his wife Sophie Gregoire and their children on stage at a victory gala.

“That’s exactly what we are ready to do,” he said.
The Liberals had won or were leading in 158 seats, far short of the 170 needed for a majority, while the opposition Conservatives were heading for 119, according to preliminary results from Elections Canada, with the new parliament set to look little different from the outgoing one.

If the Liberals win more seats than the Conservatives but fall short of a majority, Trudeau would have to rely again on opposition parties, such as the left-leaning New Democratic Party (NDP), led by Jagmeet Singh, or the Greens, to pass legislation.

There is little chance of a formal coalition, where New Democrats would serve in a Trudeau Cabinet. Canada has had only one coalition and that was in 1917, during World War One.

More likely is a deal whereby the NDP continues to back the Liberals in exchange for Trudeau committing to some of its priorities.

Singh, whose party is expected to make gains and play a kingmaker role, said he would work with anyone to achieve his party’s goals. Singh promises more social spending to be offset by higher taxes for the very wealthy and multi-national corporations.

He has pledged to cut greenhouse gas emissions in half by 2030, cancel student debts and check soaring housing prices.

“I am not Justin Trudeau. I’m not like him. I’ve lived a different life,” Singh said during a visit to an indigenous community in Saskatchewan reeling from past federal policies that stripped them of their language and culture.
“And I’ve felt some of the pain, what it’s like to be considered less than (because of the way you look). I understand the pain of not being valued.”

Singh, 42, made headlines in October 2017 when he became the first person from an ethnic minority to be elected leader of a major Canadian political party.

His left-leaning New Democrats lost almost 40 per cent of their seats in the 2019 election, but Singh has cultivated a large following on social media and polls suggest he is gaining in popularity.