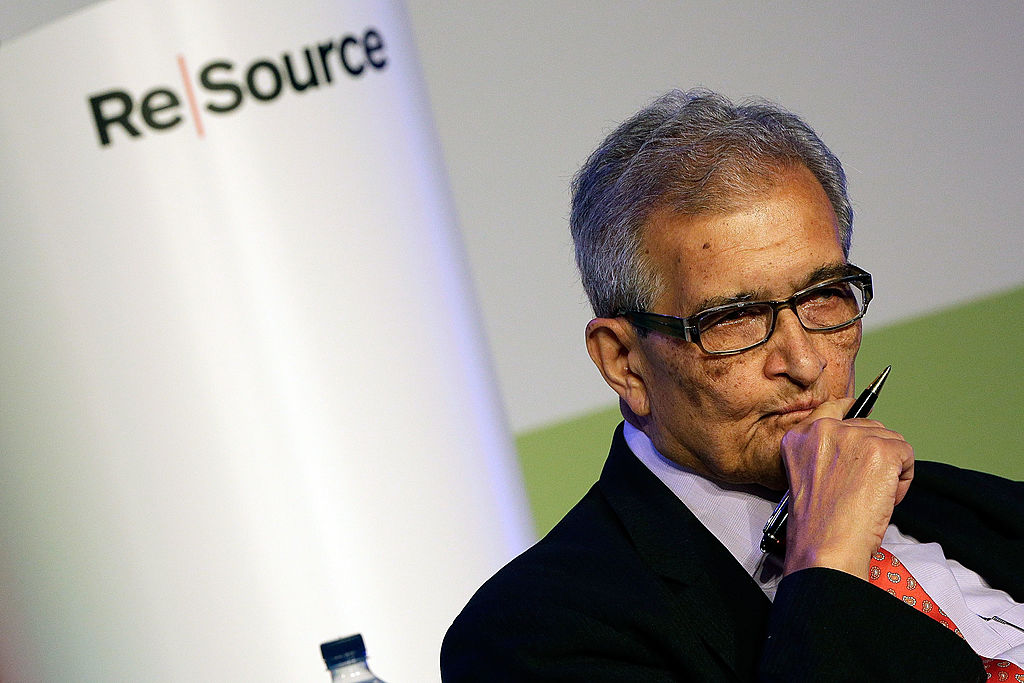 THERE are many gems in Nobel laureate Amartya Sen’s just published memoirs, Home in the World, but one that Eastern Eye readers will especially take to heart is his advice that people should not define themselves solely in terms of their religion.

He once objected strongly and threatened to abort an interview when BBC TV’s Hard Talk team wanted to introduce him as a “Hindu scholar”.

Sen, 87, is currently living in Cambridge, Massachusetts, as he is based at Harvard University where he is Thomas W Lamont University Professor and professor of economics and philosophy. Being July, Sen should really be in Cambridge in England where he likes to spend the summer.

He still has rooms at Trinity College, where he first arrived as an undergraduate in 1953 (after Presidency College in Calcutta), became a Fellow and eventually served as Master from 1998 to 2004. He was awarded the Nobel Prize for Economics in 1998, partly for his work explaining why famines almost never happen in democratic countries and the root causes of the 1943 Bengal Famine “which would kill between two and three million people”.

He has also long argued that human identity is made up of many influences and that it is a mistake for people to define themselves exclusively as “Muslim” or “Hindu”. He refers to the lessons he learnt from the Sanskrit classic, The Little Clay Cart: “The perception that human identity does not demand a singular confinement came to me quite powerfully from the ancient classics.”

He says: “One of them was the need to see a person as having many identities – this was an idea that helped me to resist the imposition of a single, overwhelming identity based on religion or community (for example, focusing just on Hindu-Muslim divisions), which was becoming more and more common as my schooldays progressed.”

Sen has written many books over the years, among them Poverty and Famines: An Essay on Entitlement and Deprivation (1983), The Argumentative Indian: Writings on Indian History, Culture and Identity (2006), and The Idea of Justice (2010), and Identity and Violence: The Illusion of Destiny (2015).

But his memoirs are easily the most accessible. He stops in 1963, but by then many of his ideas have either formed or started to take shape. Sen told Eastern Eye he was due to come to the UK next month to promote his book: “But I am just getting ready to cancel our August UK visit, partly because of UK rules of quarantine and partly also due to dangers of Covid from travel and circulation. I hope to come to the UK still in October.”

His family home was initially in Dhaka, then in East Bengal in pre-partition India, where his father, Ashutosh Sen, taught chemistry at the university. He was born in Santiniketan where Rabindranath Tagore established a university and attended school there for 10 years from 1941.

“I love both Dhaka and Santiniketan when I was growing up, but my earliest memories were not of either place,” Sen recalls. “There were from Burma, where I went with my parents just before my third birthday. We arrived in 1936, and stayed until 1939, while my father had a three-year visiting professorship at the Mandalay Agricultural College, on leave from Dhaka University. Rudyard Kipling, who had never actually been there, romanticised it in his
elegant poem, Mandalay…”

In time he came friends with the Burmese leader Aung San Suu Kyi and her late husband Michael Aris, a fellow of St John’s College, Oxford. That does not prevent him of being very critical of her leadership. “Indeed, something went terribly wrong in Suu Kyi’s leadership, reflected particularly in her unwillingness to help a vulnerable minority community in Burma: the Rohingyas, a Bengali-speaking Muslim minority group,” he says.

“Her treatment of other minority groups, of which Burma has many, was not exemplary either. Terrible barbarities committed against the Rohingya community by the military have not – at least so far – moved her to do anything substantial to help the victims.”

As a young boy, he had encountered only gentle Burmese people and suggests the power of sustained propaganda had changed them into “violent haters”.

“There is, in fact, a global lesson here in the possibility of transforming a gentle population,” he writes.

“The power of such propaganda can be seen not just in Burma, but in many countries in the world today. What is happening in Burma (or Myanmar, as it is now called, a name championed by the military) is, of course, particularly barbaric, but the effectiveness of agitations against particular minority groups can be seen in many countries in the world – for example against immigrants in Hungary, or the gay community in Poland, or against Gypsies nearly everywhere in Europe. There is a lesson here which is peculiarly important today in formerly secular India: the religious extremists have been very dedicated – even through governmental policy – in undermining inter-community relations and in threatening the human rights of Muslim minorities.”

His memoirs begin with the concept of home. When he was appointed Master of Trinity, a BBC reporter asked him, “Where do you consider to be your home?” adding, “You have just moved from one Cambridge to another – from Harvard to Trinity; you have lived in England for decades, but you are still an Indian citizen, with – I presume – a passport full of visas. So, where is home?”

Sen tried to set out what home meant to him: “‘I feel very much at home here right now,’ I said, explaining that I had had a long association with Trinity, having been an undergraduate, a research student, a research fellow and then a teacher there. But I added that I also felt very much at home in our old house near Harvard Square at the other Cambridge, and I very much feel at home in India, particularly at our little house in Santiniketan where I grew up and to which I love going back regularly.”

“So,’ said the man from the BBC, ‘you have no concept of home!’ “‘On the contrary,’ I said, ‘I have more than one welcoming home, but I don’t share your idea that a home is unique and exclusive.’”

He adds: “I experienced similar defeats in my attempts to respond to other searches for unique identification.”

“‘What is your favourite food?’ they asked. There can be many answers to that question, but I generally choose to mumble something about tagliolini con vongole or Szechuan duck, and of course ilish mach – what the English in India used to call ‘hilsa fish’…But, I went on to explain, it has to be cooked in proper Dhaka style with ground mustard. “

Home in the World: A Memoir by Amartya Sen is published by Allen Lane