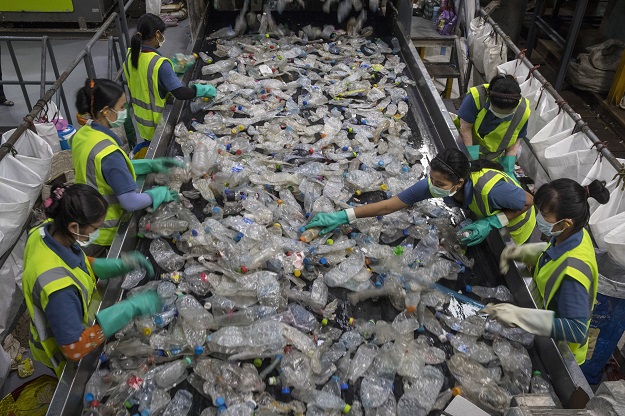 FILE PHOTO: At the Indorama Ventures factory, flattened plastic bottles that have been steam cleaned are sorted by factory employees as they move along on a conveyer belt for processing (Photo: Paula Bronstein/Getty Images).

INDORAMA VENTURES LIMITED (IVL) has completed purchase of CarbonLite’s PET recycling facility in Dallas, Texas, in line with the company’s efforts to increase its operational capacity in the US.

The Dallas unit, which will now be named as Indorama Ventures Sustainable Recycling (IVSR), will complement the company’s existing PET and fibre businesses in the US.

The newly acquired site is one of the largest producers of food-grade recycled pellets (rPET) in the US and has a combined capacity of 92,000 tons per year.

It will recycle more than 3 billion PET plastic beverage bottles per year and will support more than 130 jobs directly, the company said.

Indorama Ventures is listed in Thailand and Prakash Lohia, founder and chairman of the Indorama Corporation owns about one-third of the company.

The company entered the US PET market in 2003 and purchased Custom Polymers PET recycling facility in Alabama in 2019; as well as another site in California the same year.

“This recycling facility supports customer needs and consumer wants. We are delivering the infrastructure America needs to close the loop, enhancing our approach to sustainability with the Deja brand platform to build a circular economy for PET plastic beverage bottles,” said Yashovardhan Lohia, chief sustainability officer at Indorama Ventures.