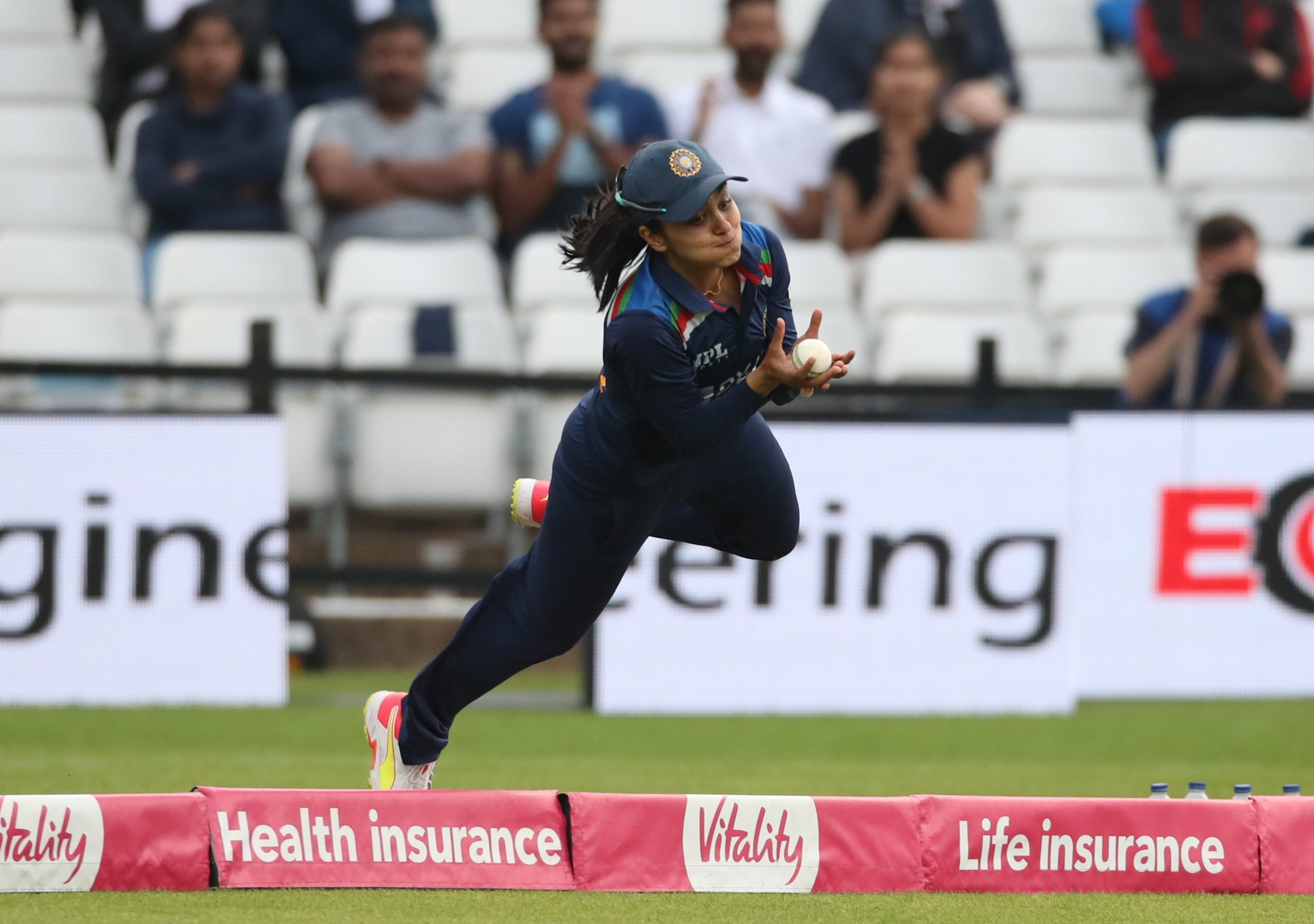 India’s Harleen Deol in action during the first Twenty20 International against England at the County Ground, Northampton, Britain on July 9, 2021. Reuters/Peter Cziborra

INDIA’s Harleen Deol took a sensational catch at the long-off boundary in the opening T20I against England Women on Friday (9).

It immediately became a talking point on social media though Indian women lost the match by 18 runs (DLS method).

While fielding at long-off, Deol pulled off an absolute stunner on the boundary that brought to an end Amy Ellen Jones’ whirlwind knock.

The video, posted by England Cricket, quickly went viral on social medial with former India batsman VVS Laxman calling Harleen Deol’s effort “as good a catch one will ever see on a cricket field”.

A fantastic piece of fielding 👏

Stationed at the long-off boundary, the 23-year-old Indian stretched full length to grasp the ball but with the momentum taking her over the boundary ropes, she showed great presence of mind to throw the ball in the air, and then jump back into the field of play to complete the catch.

As good a catch one will ever see on a cricket field, from Harleen Deol. Absolutely top class. https://t.co/CKmB3uZ7OH

Harleen was quickly mobbed by her stunned teammates while England Women opener Danielle Wyatt too couldn’t stop herself from acknowledging the Indian’s effort.

“So many people were talking about an amazing catch that I went and turned on the VPN just to see what the fuss was about. Glad I did. Bloody hell,” wrote Matt Singh on Twitter.

In reply, India lost young gun Shafali Verma on the second ball. Smriti Mandhana looked good but was dismissed for 29 off 17 balls while captain Harmanpreet Kaur was sent packing for a paltry 1.

With India on 54/3 in 8.4 overs, rain put a dampner on proceedings. The match never resumed and the hosts took the honours by virtue of being 18 runs ahead on the DLS method.

The second match of the series will be played at the County Ground in Hove on Sunday (11).