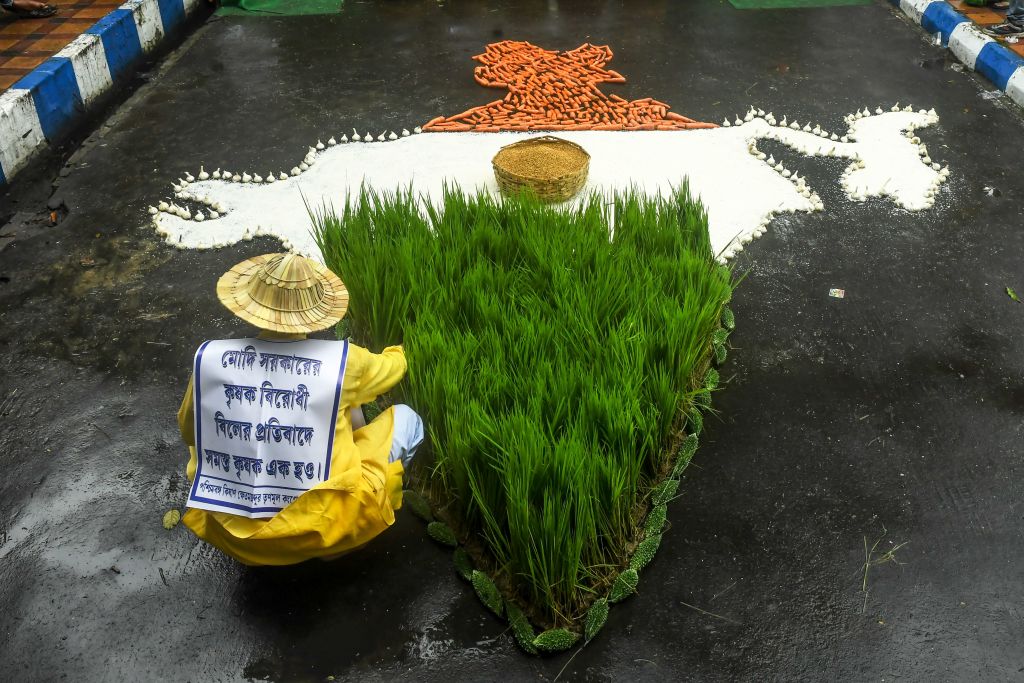 A farmer of the Trinamool Congress (TMC) arranges crops as a shape of the map of India while participating in a protest against the Indian Prime Minister Narendra Modi's government during a nationwide farmers' strike following the recent passing of agriculture bills in the Lok Sabha (lower house), in Kolkata on September 25, 2020. (Photo by DIBYANGSHU SARKAR/AFP via Getty Images)

FARMERS’ protest in India continued on Monday(28) over three controversial agricultural bills which became laws on Sunday. Many states have clarified that they will form ‘counter laws’ against these new laws.

India’s president on Sunday(27) approved the bills into laws amid nationwide protests by farmers.

According to them the new laws will stunt their bargaining power and instead allow large retailers to have control over pricing.

States like Maharashtra and Punjab have already expressed their unwillingness to enforce the newly-enacted laws under their jurisdiction.

Farmers’ organisations say one of the three laws could lead to the government stopping buying grain at guaranteed prices, a move that would disrupt wholesale markets which have so far ensured fair and timely payments to farmers.

Under the Farmers’ Produce Trade and Commerce (Promotion and Facilitation) Bill growers can directly sell their produce to institutional buyers such as big traders and retailers.

Nearly 85 per cent of India’s poor farmers own less than 2 hectares (5 acres) of land and they find it difficult to directly negotiate with large buyers.

Modi’s administration has clarified that the wholesale markets will operate as usual, and the government only aims to empower farmers to sell directly to buyers. 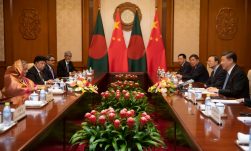 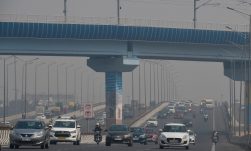 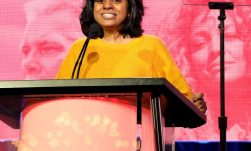