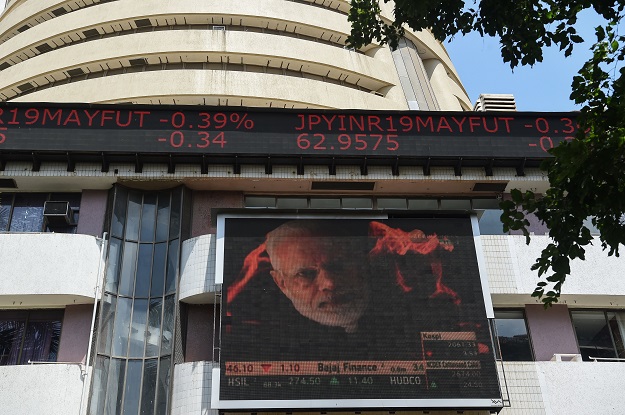 INDIAN stocks on Monday (9) recorded their worst single-day fall in more than four years, tracking global markets lower, as panic over the economic fallout of the coronavirus outbreak intensified and oil prices plummeted.

European markets suffered hefty losses in early trade, while MSCI’s broadest index of Asia-Pacific shares outside Japan lost 4.4 per cent in its worst day since August 2015.

“Panic is an understatement,” said Manav Chopra, head of research for equity at Indiabulls Securities Ltd in Mumbai.

“Important support levels have been breached with ease in this environment,” he said of the Nifty 50.

The number of people infected with the coronavirus has topped 110,000 globally as the outbreak reached more countries and caused more economic carnage.

Unnerving already panicked investors, oil prices sank more than 25 per cent in their biggest one-day rout since the Gulf War after Saudi Arabia launched a price war with Russia.

Analysts expect the decline in crude prices to help boost economic growth in India, one of the world’s top oil importers, but shares in large oil companies slumped on Monday.

The country’s markets regulator, the Securities and Exchange Board of India, issued a statement on the market selloff, saying: “The perceived economic fallout from COVID-19 coupled with steep fall in global crude prices led to volatility in securities market.”

Monday’s rout comes after a bruising two weeks in which the Nifty 50 shed nine per cent on virus fears and turmoil at Yes Bank Ltd , one of the country’s largest lenders.

The blue-chip index also hit a 17-month low on Monday, erasing a roughly 12 per cent gain it recorded in 2019.

The global selloff also hit other markets in South Asia.

Pakistan’s Karachi Stock Exchange benchmark 100-share index was down 3.3 per cent, while the Pakistani rupee fell to 156 rupees to a dollar, its lowest level in six months, according to the Exchange Companies Association of Pakistan.

In Bangladesh, the Dhaka Stock Exchange 30 index plunged 6.19 per cent.

Sri Lankan markets were shut on Monday for a holiday.