In October, Vivek Gurav was invited to 10 Downing Street by Rishi Sunak and last month he spoke at COY17, the youth version of COP27. 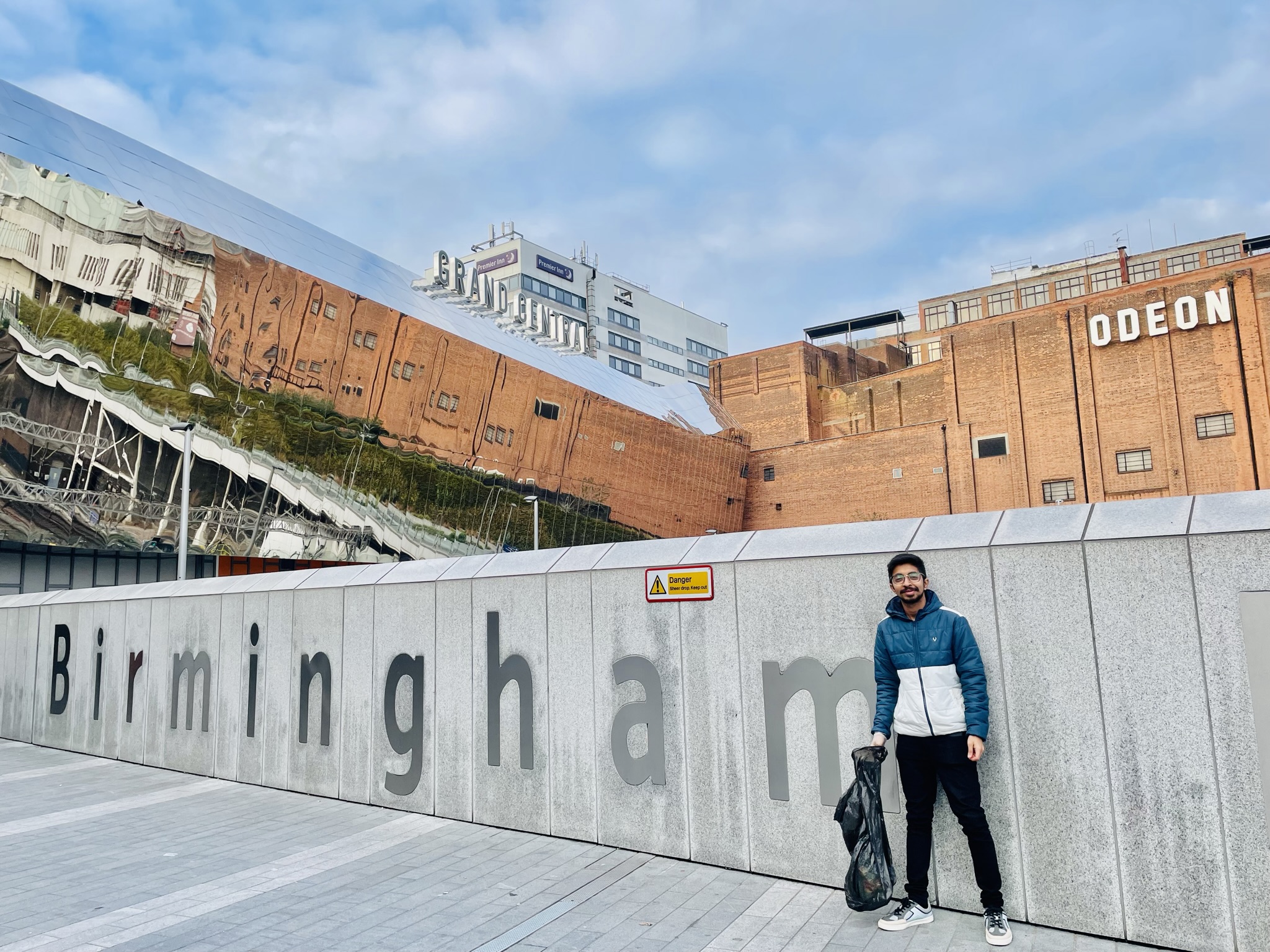 An Indian environmentalist who won a special award from then prime minister Boris Johnson has started a 30 city clean-up tour across UK.

Vivek Gurav and his volunteers have picked up 5,000kg of rubbish, including 3,000kg of plastic while out running in Bristol in the past year.

Gurav began plogging , jogging and litter picking, in India in 2018. When he took up the University of Bristol scholarship in September last year he continued the practice there, a statement said.

Since then, he has covered 420 miles on 120 plogging ‘missions’, and has been joined by volunteers from 180 countries.

Gurav won a special award for his efforts and got featured on the BBC One show. In October, he was invited to 10 Downing Street by Rishi Sunak and last month he spoke at COY17, the youth version of COP27.

His Bristol plogging group drew hundreds of volunteers and made international headlines. Now, he wants to inspire others to set-up plogging groups around the country.

“I have only been plogging in Bristol but I kept getting asked by people in Manchester, Leeds, Derby, to come plogging there,” Gurav said.“So I decided to do a plogging challenge across 30 UK cities.

“Ultimately, I want to set-up a UK-wide plogging community like I did back in India. So, if I can go out plogging across the UK, orientate people, give them a blueprint, then they can start their own groups.”

According to the statement, he will be plogging in Derby, Nottingham, Leeds, Sheffield, Manchester, Liverpool, Leicester, Birmingham and Worcester next week.

Over the past four years, his volunteers in India have collected more than 1,000 tonnes of litter, the statement claimed.

Gurav described his COY experience as ‘amazing and a real opportunity’.

“The award from the prime minister really motivated me to do more. And going to 10 Downing Street: that was the best thing that has happened to me, any of my friends or family, or anyone in my community in India. They are really happy, they look to me as an example now,” he added.

“Now I get asked all the time by Indian people how they can come and study in the UK. They want to follow my path. It feels good to be able to help.”

He graduated last month and is working for an environmental consultancy while continuing his plogging missions.