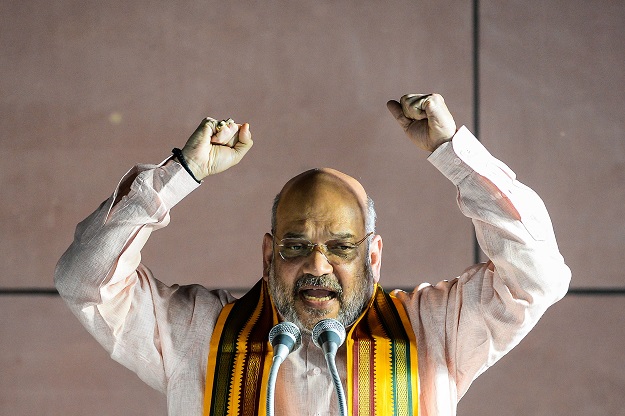 INDIA’S cabinet approved a bill on Wednesday (4) to give citizenship to religious minorities persecuted in neighbouring Muslim countries, the first time that the country is seeking to grant nationality on the basis of religion.

The Citizenship Amendment Bill (CAB) was first introduced in 2016 by the government of prime minister Narendra Modi but was withdrawn after an alliance partner withdrew support and protests flared in India’s remote and ethnically diverse northeastern region.

Giving Indian citizenship to “Hindus, Jains, Buddhists and Sikhs escaping persecution” was part of the manifesto of Modi’s ruling Bharatiya Janata Party (BJP) ahead of a general election in May 2019 that the leader swept.

Critics have called the proposed law anti-Muslim, and some opposition parties have also pushed back, arguing citizenship cannot be granted on the basis of religion.

The passage of the bill, which could be introduced in parliament this week, will also be a test for the BJP, since it enjoys a majority in the lower house but is short of numbers in India’s upper house.

Any bill needs to be ratified by both houses of India’s parliament to become law.

In Assam, a northeastern state that was the epicentre of protests, some students groups said they were still opposed to the law, fearing that tens of thousands of Hindu migrants from neighbouring Bangladesh would gain citizenship.

“We do not support CAB and shall launch a vigorous mass agitation across Assam and the Northeast,” All Assam Students’ Union Advisor Samujjal Bhattacharya told.

Assam’s finance minister and senior BJP leader Himanta Biswa Sarma said that there would be amendments in the bill to help ease regional concerns. “But since CAB is for the whole of India, there cannot be a separate bill for the Northeast,” he said.

However, he did not give details.